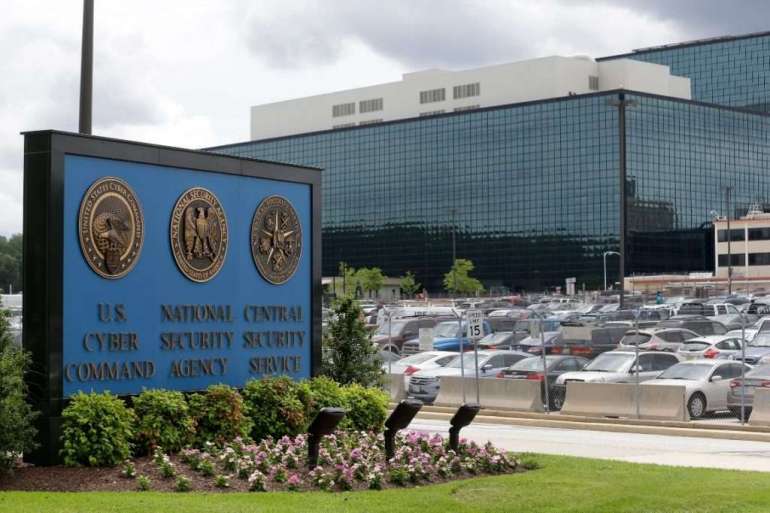 The problem became worse on Wednesday, after pro-Trump rioters stormed the U.S. Capitol, prompting several senior officials to resign in protest amid wide condemnation of Trump by Democrats and Republicans.

“I’ve had conversations with people who’ve worked on the national security teams, many who are career intelligence officers, who are concerned about what happens next,” said Olivia Troye, a former Homeland Security and White House official who left in August and has been an outspoken critic of Trump’s response to the pandemic.

“People who are hiring see everything that’s happened and have to question your morals and ethics — especially in terms of what continues to happen today — on why you chose to work for that environment,” she said.

As lawmakers call for President Trump’s removal from office after Wednesday’s violent attempted coup, Trump is surrounding himself with an increasingly small circle of advisers.

Officials working in national security are particularly vulnerable to this challenge. Many are tied to controversial Trump policies and scandals, be it child separation at the border or the politicization of the military on display when top Pentagon leaders stood with Trump for a photo op after authorities forcefully cleared Lafayette Square of protesters.

In some cases, the resistance that officials are meeting from would-be employers is extreme. One senior defense official, who has been looking for a new job for two years without luck, recalled a conversation in which they were told that they were considered part of the “Hitler Youth.”

“That attitude is not helpful,” the person said.

The senior defense official broadly described a sense of “Trump administration animus” from potential outside employers, which is frustrating for officials who don’t consider themselves “hardcore MAGA folks.”

During her own job search this summer, Troye was told directly by one potential employer that they could not offer her a job because she was a “liability.”

“I can’t tell you how hurtful it was to hear that,” said Troye, noting that the incident was a reality check.

National security jobs are more difficult to get than most, as applicants need a security clearance and a specialized set of skills.

A career civilian rather than a political nominee, Troye said she took the White House job to “make a difference,” and fought against policies she thought were wrong. Yet the incident with the employer “showed me firsthand the repercussions of trying to navigate in that space,” she said.

Elizabeth Neumann, another former civil servant and Homeland Security official who worked on counterterrorism, said she did not directly face challenges in finding a new job after she resigned in April. But that was primarily because she immediately spoke out against Trump’s policies.

Still, she recounted several instances during her job hunt in which she heard through her network that certain companies would never consider hiring her because she worked in the Trump administration.

While junior-level employees working on noncontroversial issues might not have problems finding new employment, anyone associated with controversial Trump policies, such as immigration, were blacklisted, Neumann said.

“There is absolutely an effect of a number of organizations out there trying to blacklist anybody that worked on child separation,” for example, Neumann said.

Other former officials say they have heard from many former colleagues struggling to find work after Jan. 20. While more senior officials may have strong networks and won’t have much trouble finding employment, the younger officials who have limited experience and no previous reputation are challenged, said one former defense official.

“Some of these people are really smart, good and hardworking, but they are also strong Trump supporters, which is off-putting to many in the think tank community of D.C.,” the person said. “I think it’s going to be a rough few months for people.”

Another senior administration official looking for a new job compared the challenges Trump appointees will face to the backlash against George W. Bush officials. The person previously turned down a senior White House position, foreseeing that people who worked directly for Trump would be further challenged to find outside employment.

But many Trump appointees who are now struggling to find jobs — everyone from junior staffers to Cabinet secretaries — are facing questions for not leaving sooner. Many of these officials are the same people who privately bemoaned Trump’s instability, but were “all too willing to enable it,” said another former senior official.

“They are finding that staying silent had a cost: to their consciences and to their careers,” the person said. “People knew Trump would be toxic, yet they hedged anyway in hopes that they might get four more years of job stability.”

Others defended their gut-wrenching decision to stay on as long as they did, recalling that they were torn between trying to prevent the president from doing further damage, and taking a stand as an outsider.

Ultimately, Troye got to the point where she felt she was no longer making a difference and had to make a “moral decision,” she said.

But her decision has been a double-edged sword. Not only does she have the “baggage” of working for the Trump administration, she is also a whistleblower. She is concerned that future employers will not see her as someone to be trusted because of her decision to speak out.

“To some people you are a hero, to many you are a traitor,” Troye said.