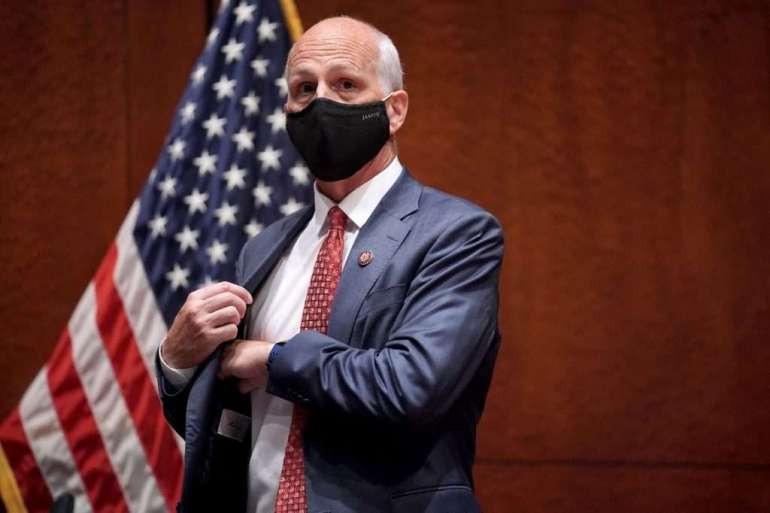 Rep. Adam Smith, chair of the House Armed Services Committee, is urgently whipping members to pass legislation exempting Austin from a law requiring that a military officer be retired for at least seven years before serving as Defense secretary, said the congressional aides, who spoke on condition of anonymity to discuss sensitive conversations. Both the House and Senate must approve the waiver before the Senate can confirm Austin, who retired from the military in 2016.

In order to speed Austin’s confirmation, some House Armed Services Committee members are even weighing skipping a public hearing to hear Austin’s testimony on the matter and holding a closed briefing instead, said a House Democratic aide. A less formal setting could enable a faster timetable, particularly regarding classified information. House Democratic leaders could also tee up a direct floor vote on the waiver, rather than taking the initial step of voting it out of committee first.

“The President-elect deserves to have his national security team in place as soon as possible,” said Rep. Andy Kim of New Jersey, a Democratic member of the House Armed Services Committee. “I look forward to having Secretary-designee Austin before our committee next week and hope my colleagues act swiftly to approve a waiver and confirm him in the Senate.”

But fast-tracking the waiver will likely meet resistance from a number of committee members in both parties who have demanded a public session to hear directly from Austin on the issue of civilian control of the military. Smith and most Democrats opposed a waiver for retired Gen. Jim Mattis in 2016 after the nominee didn’t show for a House hearing ahead of the vote.

Smith’s position that lawmakers should hear Austin’s testimony before a waiver vote has not changed, according to an Armed Services aide who also spoke on condition of anonymity. Smith on Friday announced a Jan. 21 hearing after speaking with Austin and reiterated his support for his confirmation.

“In order to pave the way for Secretary-designate Austin’s historic nomination, subject to the organization of the House Armed Services Committee, I intend to convene a public hearing before the full committee on Thursday, January 21 so that members of our committee and the American people can hear directly from Secretary-designate Austin regarding civilian control of the military,” Smith said in a statement on Friday

Some members are concerned that Smith is not moving quickly enough to organize the committee, potentially preventing members from hearing Austin’s testimony in the time frame the transition wants, said the House Democratic aide.

Procedural hangups may also impede quick committee action. The Armed Services aide noted the committee can’t hold hearings or vote until it formally organizes and adopts rules, which requires both Democratic and Republican leaders appointing full rosters of lawmakers to the committee.

On the other side of the Capitol, the Senate Armed Services Committee could delay its planned Jan. 19 hearing to consider Austin’s nomination, which would ensure that the retired general won’t be on the job for day one of the Biden administration.

Democrats will take over the 50-50 Senate when Biden and Vice President-elect Kamala Harris are sworn in on Jan. 20, putting them in the driver’s seat for confirming Cabinet nominees. Senate Armed Services Chair Jim Inhofe (R-Okla.) will turn over the committee gavel to the panel’s ranking Democrat, Jack Reed of Rhode Island.

At a hearing Tuesday on civilian control of the military meant to be a precursor to Austin’s confirmation hearing, Inhofe suggested a hearing could be pushed back until after Biden’s inauguration due to the party turnover.

“Sen. Reed and I, because of the unusual circumstances, don’t know yet when we’re going to actually have a nomination hearing or how this vote is going to take place. There’s some notion that it might’ve been on the 19th or it might be on the 21st.

“So we can’t answer the obvious question as to when … this [waiver] vote would take place and how long afterwards there’d be a nomination hearing,” Inhofe said. “We’re considering this right now, and Sen. Reed and I will be talking to kind of work through the next steps.”

A spokesperson for Inhofe stressed no decisions have been made, but that the outgoing and incoming chairmen are discussing their options. A spokesperson for Reed, Chip Unruh, noted the panel has set the date for a confirmation hearing and deferred to Inhofe, who still chairs the committee.

“There is a bipartisan commitment to moving forward in a timely manner and the date is set for the 19th,” Unruh said. “If there are outside reasons that have nothing to do with the nominee that warrant a schedule change, it will be changed.”

“Chairman Inhofe makes the final call here and he has always graciously conferred with Ranking Member Reed,” Unruh added. “They work well together and will continue that spirit of bipartisanship and putting national defense and the interests of our troops first.”