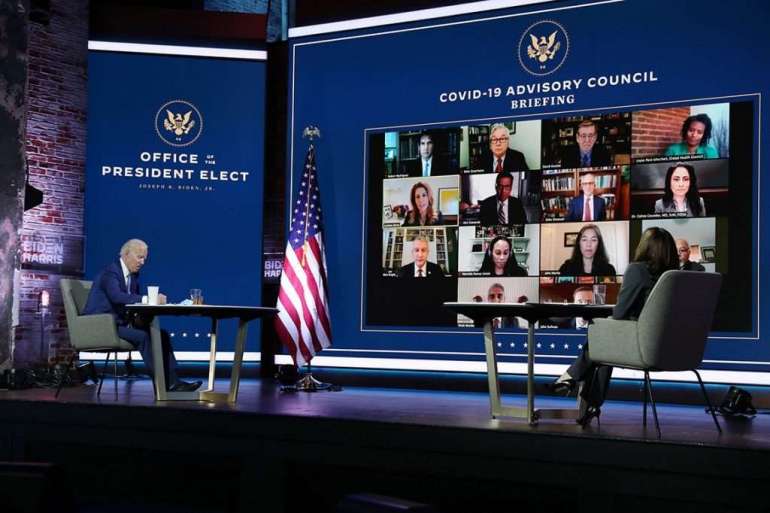 The new administration will also rename Operation Warp Speed, which was the Trump team’s name for the vaccine and therapeutics accelerator, incoming White House press secretary Jen Psaki said in a tweet.

“We are phasing in a new structure, which will have a different name than OWS,” she wrote. “Many of the public servants will be essential to our response, but urgent need to address failures of the Trump team approach to vaccine distribution.”

Another person close to the transition said, “The Trump administration left the situation far worse than anyone imagined.”

After the Trump administration fell well short of its goal to vaccinate 20 million people by the end of December, just over half that number have received their initial doses as of mid-January while states struggle to get out their supply. The Trump administration this week decided to rush out all available vaccines and make them much more broadly available to Americans 65 and older. But that’s also created new headaches, as demand far exceeds supply or the states’ readiness to immunize that much larger group.

Biden on Thursday evening outlined a $20 billion plan to create community-based vaccination centers, as well as a 100,000-person public health work force. On Friday, he detailed plans for distributing coronavirus shots while acknowledging the complexity of the task ahead.

“This is a time to set big goals, to pursue them with courage and conviction because the health of the nation is literally at stake,” Biden said.

The new Covid response team will not require Senate confirmation and can take over immediately after Biden is sworn in on Wednesday — unlike his pick for FDA commissioner, which has not yet been announced. Janet Woodcock, who has been in senior roles at the agency for over three decades and has worked with Kessler, will be named acting FDA commissioner. Kessler has also worked closely over the years with Anthony Fauci, the government’s top infectious disease expert who will be Biden’s chief medical adviser.

Kessler, a co-chair of Biden’s Covid-19 advisory board, along with Biden’s designated surgeon general and pandemic adviser Vivek Murthy has been briefing Biden on the coronavirus throughout the campaign and transition.

“He is basically advising Zients and the president-elect on a daily basis on anything having to do with vaccines,” said the person close to the transition.

Biden also announced the members of his science team. Francis Collins will stay on as director of the National Institutes of Health, which he’s led since 2009. Eric Lander, a prominent scientist who helped lead the Human Genome Project and is now is president of the Broad Institute, will direct the Office of Science and Technology Policy, which is being elevated to the Cabinet level.

Kessler will replace former pharmaceutical executive Moncef Slaoui, who will step down from leading Warp Speed but will remain on as a consultant for about a month. The transition has also decided to keep on Gen. Gustave Perna to continue overseeing the intricate logistics of vaccine distribution.

Slavitt is not expected to stay long in his new advisory role. With a background in both health tech and policy, Slavitt helped repair the botched Obamacare enrollment site in 2013 and later served as acting head of the Centers for Medicare and Medicaid Services, which also gave him oversight of the Affordable Care Act. Since the Obama administration, Slavitt has remained a prominent advocate for the ACA while it was under assault by Republicans in the Trump era. During the pandemic, he has been very visible on Twitter, podcasts and other outlets highlighting the dangers of the virus and what he saw as the Trump administration’s lagging response.

“This is an all-hands-on-deck moment,” said Slavitt, who until very recently didn’t plan on returning to the government. “After the last 10 months, Americans deserve to know that there will be a team of people working around the clock to right the ship so people can get back to their lives.”

Slavitt, who worked with Zients closely during the ACA repair mission, will be working with private groups such as hospitals and pharmacies to coordinate pandemic response.

Warp Speed has spent billions of dollars to secure as many as 900 million doses of Covid-19 vaccines, though most of the options are still in development and ultimately may not prove to work. Two vaccines, from Moderna and Pfizer/BioNTech, are authorized for use.