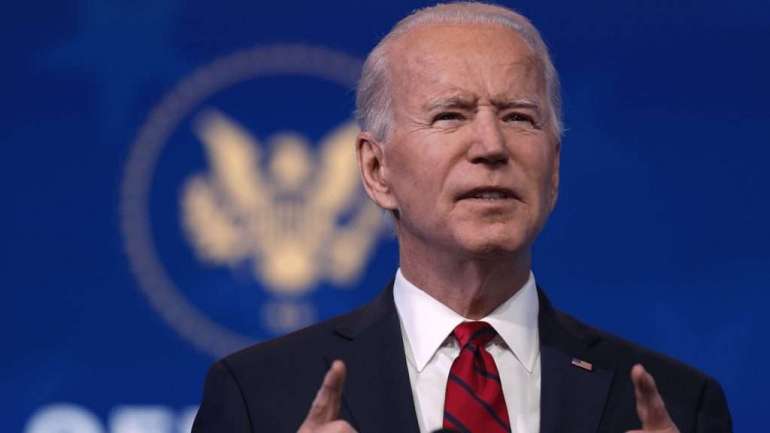 Biden added that despite scientists’ record-breaking vaccine development “the vaccine rollout in the United States has been a dismal failure so far.”

Biden’s team envisions a billion-dollar national ad campaign aimed at convincing the majority of Americans to get vaccinated, according to two people with knowledge. The campaign would include a range of awareness initiatives in addition to paid media, in a bid to sell the public on the mass inoculation effort.

“This is a fundamentally different approach than the Trump administration,” said Jeff Zients, Biden’s Covid coordinator, characterizing the broad effort. “This will be an all-of-the-federal government approach … based on science and informed and managed by a dedicated group of experts.”

The 100 million-in-100-days pledge will require the incoming administration to significantly accelerate the pace of vaccinations following a rocky rollout of the first shots.

Yet the plan depends on convincing a divided and shellshocked Congress to quickly approve tens of billions more dollars for the effort. State and federal officials are also already grappling with a litany of challenges, including broad confusion among Americans over who is eligible and where to obtain the shots — as well as pockets of vaccine hesitancy. Biden on Friday said a late-December coronavirus relief package was just a “downpayment” on the significant funds needs to address the crisis.

“There is a lack of a national communications plan — a lack of an understanding about what the plan is,” Claire Hannan, executive director of the Association of Immunization Managers, said of the rollout efforts under the Trump administration.

Some states on Friday complained that while the Trump administration promised to release all of the vaccine in federal reserves to speed immunizations, there was, in fact, nothing left.

“This is a deception on a national scale,” tweeted Oregon Democratic Gov. Kate Brown, who said that Operation Warp Speed’s chief operations officer Gen. Gustave Perna informed her directly that reserves were dry despite claims that half of supplies were being kept for second shots in the two-dose Covid regimens.

The disclosure blindsided the Biden transition, which only found out on Friday.

“It’s another example of an unending example of surprises and disregard for actually carrying out the plans,” a person close to the transition said.

A Trump administration official said the reserve was opened to states this week, making 13 million total doses available. With government supplies now reflecting whatever is available from manufacturers, states are learning there are limits to how many people can get first shots. “I guess some states thought there was going to be a big first dose increase,” the official said.

Biden spokesperson Jen Psaki told reporters that the incoming administration still did not have a clear picture of how many shots from Pfizer and Moderna are being manufactured, or if the companies are hitting their targets. “There was a bit of a delay in receiving information from the outgoing administration and we’re hearing and learning about a number of issues in real time.” Psaki said.

Biden had already announced a plan to release all the second-dose reserves in order to aid his 100 million shots goal.

Biden’s plan for an ad campaign will need to be covered at least in part by new funding from Congress, one person with knowledge of the matter said.

States say they need much more in resources and federal guidance as they struggle to get shots into arms. The Trump administration abruptly shifted its vaccine rollout plans earlier this week, urging states to give shots to older adults and those with high-risk medical conditions and punishing states that haven’t used up vaccine allotments. That’s rankled some governors, including Arkansas Republican Asa Hutchinson, who warned shift in allocation vaccines would shortchange rural states.

One source close to Biden said that undoing some of the new guidance is “on the table.”

But Biden’s team has signaled that it won’t roll back all of the changes the Trump administration made this week, such as opening up vaccine eligibility to broader categories of people even while supplies remain scarce.

“Some of the guidance the CDC and ACIP released — while very well-intentioned in terms of trying to prevent disease and death and do so equitably — have been very hard to operationalize on the ground,” said Celine Gounder, a member of Biden’s Covid-19 advisory board and an epidemiologist at New York University. “We essentially need to make things simpler.”

Some public health leaders have voiced fears that allowing all seniors access to the vaccine now could exacerbate the racial disparities already seen in the rollout and leave lower-income people and essential workers behind.

But Gounder and others involved said the team is looking at other ways besides controlling the vaccine prioritization categories to make sure whiter and wealthier residents don’t snap up all available appointments.

“Vaccination facilities need to be located in communities that are more vulnerable, and the providers of the vaccinations need to be from those communities,” she said. “It’s a way both of creating jobs and creating buy-in from the community in another way.”

Three people familiar with the plan also told POLITICO that Biden’s team plan does not include specific provisions to prevent people from cutting in line and getting a shot before it’s officially their turn, stressing that any attempts to crack down line-jumping could further slow down a rollout that’s already plagued by delays.

“That’s really not what our focus is right now — our focus is to get as many people vaccinated as soon as possible so we can have a real public health impact,” Gounder said. “It is simply not reasonable to expect public health officials on the ground to be doing this kind of policing of people and whether they should be getting the vaccine now or not.”

“No one wants to see people jumping the lines and rich people getting it first,” added one person close to Biden. “But those problems can be resolved if you get substantial supply. Our most important task is to set up the supply chain up and down the system to move seamlessly from production to distribution to effective and equitable administration. If you do that well, many of these other issues will be taken care of.”

T.J. Ducklo, a spokesperson for the transition, said the Trump administration’s pandemic strategy that “prioritizes the well connected and those at the top, while those hardest hit can’t get the help they need” will be overhauled.