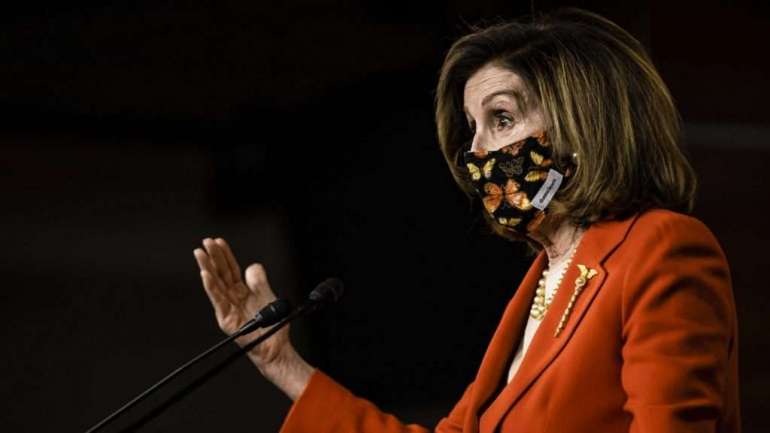 “To see this punk with that shirt on and his anti-Semitism that he has bragged about to be part of a white supremacist raid on this capitol requires us to have an after-action review,” Pelosi said.

Authorities arrested the man seen wearing the sweatshirt, 56-year-old Robert Keith Packer of Newport News, VA., and charged him with violent entry and disorderly conduct on Capitol grounds as well as unlawfully entering a restricted building.

Pelosi said that as a result, she’s tapping a retired lieutenant general, Russel Honoré, to conduct a thorough review of Capitol security measures ahead of Biden’s Jan. 20 inauguration.

She also said that the nine impeachment managers she appointed to lead the Senate trial have been meeting to prepare their arguments and strategy. She declined to say when she would formally deliver the articles of impeachment to the Senate, which would kick off a trial in the first days of Biden’s administration.

Asked about the allegations by some House Democrats that Republican members of Congress may have aided the rioters, perhaps by giving them advance tours so they could scout the Capitol, Pelosi said she’s interested in finding the truth.

Democrats have not presented specific evidence that any lawmakers helped lead these tours but have asked the Capitol Police to provide logs.