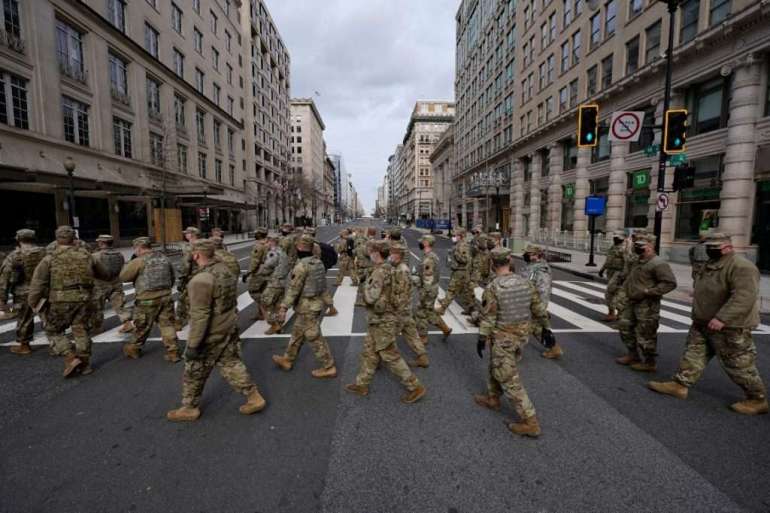 A dozen members of the National Guard have been removed from the mission to protect the presidential inauguration because of various problems in their pasts, defense officials said Tuesday.

Two of the troops made “inappropriate comments or texts,” prompting their removal from the Capitol, Gen. Daniel Hokanson, the chief of the National Guard Bureau, said in a news conference. Problems with those two people were raised by the troops’ colleagues and by an anonymous tip.

Pentagon spokesperson Jonathan Hoffman declined to give more details about whether those comments were political in nature, tied to extremism or directly related to a threat to President-elect Joe Biden and Vice President-elect Kamala Harris.