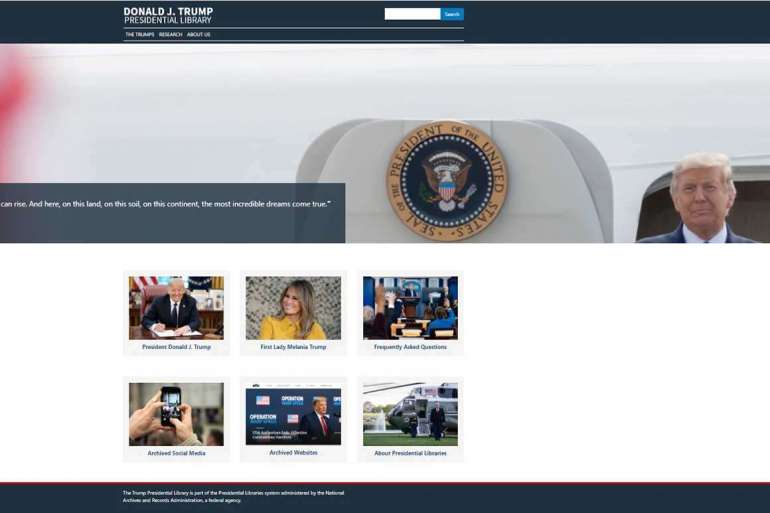 The first presidential library, established by former President Franklin D. Roosevelt, opened in 1941, with the purpose of preserving presidential records, such as photos, memorabilia, speeches and letters, for public access and research use. Since then, every president has established an accompanying museum open to the public and administered by the National Archives, with the exception of Barack Obama, who has opted for a different approach.

During his presidency, Trump was a prolific tweeter at all times of the day. However, his tweets were largely from his personal account, @realdonaldtrump, which was permanently suspended by Twitter as a consequence of his role in the Capitol riots on Jan. 6. Although personal accounts have not been archived, the National Archives is working to make such accounts of administration officials, including the former president, “publicly available as soon as possible,” according to the website.

Trump has not made any public announcements about a physical space, but a top fundraiser on Trump’s campaign told The Washington Post on Saturday that Trump has been floating the idea of raising $2 billion for a presidential library, likely in Florida. In contrast, the Obama Presidential Center in Chicago is estimated to cost $500 million.