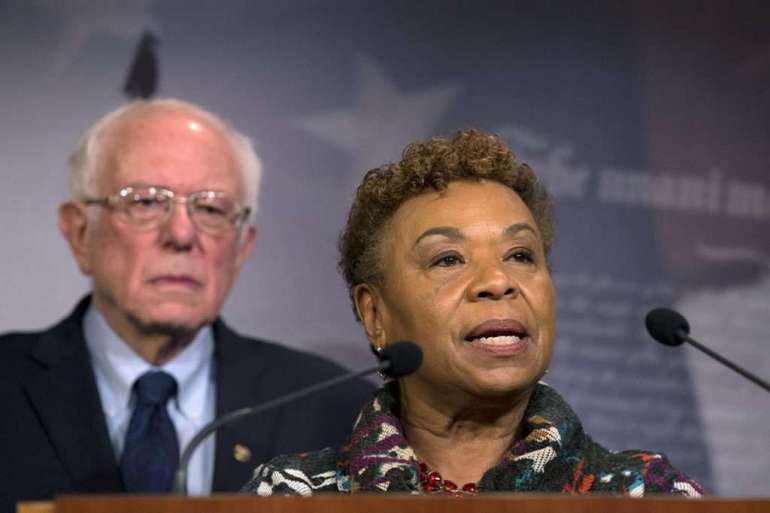 “Congress has been missing in action, and President Joe Biden knows that,” said Rep. Barbara Lee (D-Calif.), who is spearheading the effort, in an interview.

“We did try to do this a few years ago, and it’s not easy to get to yes,” said Blinken, who served as deputy national security adviser and deputy secretary of State during the Obama administration. “For some the porridge is too hot. For others the porridge is too cold. And can we get a consensus around what’s just right? But I would be determined and committed to working on that.”

The 2001 Authorization for the Use of Military Force, passed in the wake of the 9/11 attacks, underpins U.S. war efforts in Afghanistan, as well as other counterterrorism operations around the world. The 2002 authorization was passed ahead of the U.S. invasion of Iraq and was most recently used by the Trump administration to justify the January 2020 killing of Iranian military leader Qassem Soleimani.

While lawmakers in both parties have long said the post-9/11 authorizations have been stretched far beyond their intent, Congress and the executive branch have been unable to agree on a replacement. So Biden’s cooperation will be key to finally kicking the old war powers.

In an initial signal that the new president will be willing to help Congress curtail his military authority, presidential campaign aides for Biden and Sen. Bernie Sanders (I-Vt.) helped include language in the 2020 Democratic Party Platform last summer vowing to “work with Congress to repeal decades-old authorizations for the use of military force and replace them with a narrow and specific framework.”

Lee, who was on the drafting committee for the party platform, said Biden was choosy about what was included, underscoring his genuine support for war powers repeal. “This one got in because he believes in it,” she said. “I’m certainly going to move forward to make sure that we hold them accountable to this because you can’t backslide on something this important.”

It’s no surprise Lee is leading the charge. The California Democrat was the only lawmaker to vote against the 2001 AUMF, a resolution Congress approved three days after 9/11, granting sweeping authority Lee warned would be used as a legal shield for engaging in unrelated military aggression for years to come. But she’s no longer alone.

Increasingly, a bipartisan contingent of lawmakers, including several military veterans, is pushing legislation to nix or revamp the old authorizations of force.

“Common sense will tell you it’s not right,” Rep. Don Bacon, a Nebraska Republican and retired Air Force brigadier general who served as a commander in Iraq, said in an interview. “Bin Laden’s on the bottom of the ocean. Saddam Hussein — his demise — it’s been over a decade ago, too.”

Broadly, progressive Democrats like Lee are fighting the same fight as lawmakers such as Bacon, trying to force presidents to seek approval for major military action and get Congress back in the habit of taking hard votes on war, as the Constitution dictates. Where they differ is on the details.

Agreeing to replace the war powers is easier than agreeing on what the new authority would allow. Lee’s letter calls for repealing the 2002 rule and asks Biden to work with lawmakers “to consider how the 2001 AUMF should be addressed.”

Taking no action has long been seen as the path of least political risk, Bacon said.

“I’ve talked to many members — I’m not gonna mention names — a lot of them want war or they want us out, but they don’t want to vote on it,” Bacon said. “They don’t want to take a risky vote. And it’s not right. This is one of the most important things Congress is supposed to decide.”

Democrats have pushed to repeal both laws, to no avail, since taking over the House majority in 2019. House Democrats twice included a repeal of the 2001 war powers as an amendment to annual Pentagon funding bills. The House also voted to roll back the 2003 Iraq War authorization as part of its defense appropriations and policy bills.

Those limits were ultimately dropped in compromise legislation amid opposition from the Republican-led Senate and the Trump administration.

But reining in presidential war powers gained some traction on Capitol Hill amid heightened tensions in the Middle East during Trump’s tenure, which culminated in the killing of Soleimani and a retaliatory missile strike by Iran on bases in Iraq that housed U.S. troops.

In response to tensions, congressional Democrats and some Republicans sought to block Trump from taking offensive military action against Iran without approval from Congress. Those efforts never became law.

But with Biden in the White House, advocates for revamping the president’s war authority say the old powers may finally be on the outs. “I think there is a bigger window of opportunity right now,” Bacon said. “I can’t say I have math behind it. It’s just my gut.”

Natasha Bertrand and Bryan Bender contributed to this report.