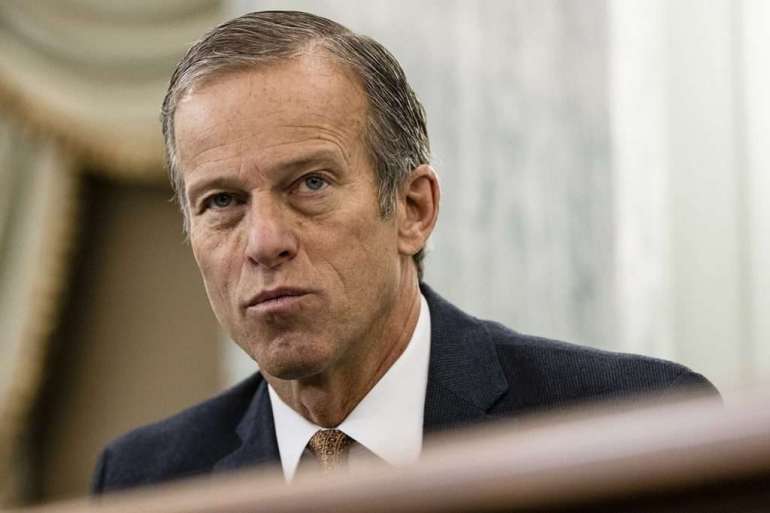 The early opposition from Republicans signals that the next round of coronavirus relief will be at least as painful as the last, which took more than six months to clinch in late December. It also means Biden may have to choose between lowering his ambitions in order to follow through on his bipartisan desires or embracing a partisan bill that he says the country desperately needs.

Democrats have control of the House, the Senate and the White House. But if they want to get anything done, like a massive Covid bill, they’re gonna have to work across the aisle.

Some House Democrats have mulled a smaller package that links vaccines and larger stimulus checks, although Democratic leaders in both chambers have yet to decide on a path forward.

Biden has pushed a massive plan that includes a $15 an hour minimum wage hike, further boosts in unemployment benefits and $1,400 in direct payments. It also pumps more money into vaccines and testing.

Some of those items can get support from Republicans. But that package as a whole is a “non-starter,” said Sen. Roy Blunt (R-Mo.), the No. 4 GOP leader.

“We’re ready to look at what it takes to move forward, as effectively and quickly as we can, on vaccine distribution, on securing what we need for the future in terms of CDC,” Blunt said. “There’s some things in there that aren’t going to happen, there’s some things that can happen.”

Even progressives prefer to work with Republicans instead of using reconciliation or changing the Senate’s filibuster rules to ram the relief package through. But they say they will not be stymied by Republicans’ use of the supermajority requirement in getting things done.

“The American people are crying out for help, crying out for action and we’ve got to respond,” said Sen. Bernie Sanders (I-Vt.). “I hope we can get cooperation of our Republican colleagues and that they understand the severity of what’s facing the country. But we need all the tools that we have.”

Sanders is chairman of the Senate Budget Committee, which could set the stage for using the procedural tool to skirt a GOP filibuster. Using budget reconciliation, Democrats can pass legislation with just 50 votes and Vice President Kamala Harris breaking any tie. Still, there are some limits to budget reconciliation — and Biden’s big pitch is that he can unite the country and work with Republicans.

There are few takers among Republicans, however, to go as big and bold as Biden wants. And there’s even less enthusiasm to do it now. Sens. Susan Collins of Maine and Mitt Romney of Utah, two Republicans that helped marshal the last bipartisan bill into law, both indicated this week that Biden would have to sell them on passing such a large bill now.

“They have to know this is not going to get anywhere,” said Sen. Joni Ernst (R-Iowa) of the Biden administration. “It goes nowhere. No, it cannot get 60 votes.”

The Biden administration says the exact opposite is true. In a press briefing on Thursday afternoon, White House press secretary Jen Psaki said that Biden “feels that package is designed for bipartisan support.” Also, some business groups like the U.S. Chamber of Commerce have endorsed his plan.

Collins and Romney are among a group of 16 senators in both parties set to meet with the Biden administration over the weekend to begin discussing economic issues. It’s just the start of what’s likely to be a long set of talks with the Senate, which is split 50-50 and will take weeks to confirm Biden’s Cabinet and conduct former President Donald Trump’s impeachment trial before being able to fully turn to Covid relief.

Senate Majority Leader Chuck Schumer (D-N.Y.) has listed an aid package as among the Senate’s top three priorities, alongside confirmations and the impeachment trial. On Thursday he said his new majority has to confront “the greatest economic crisis since the New Deal 75 years ago, the greatest health crisis in 100 years.”

He and Biden also have to confront a recalcitrant Republican Party that thinks it has already spent too much money.

Some Democrats acknowledge what Biden is presenting will not be embraced by the Republican Party and say his proposal is just the first step toward an eventual compromise with the GOP. The alternative is to scrap efforts at bipartisanship and try and pass Biden’s first legislative agenda item unilaterally, which could always be a fallback plan.

“Some of the elements will draw very strong bipartisan support,” said Sen. Tom Carper (D-Del.), a close Biden ally. “What we need to do is just work hard to find a good principled compromise.”