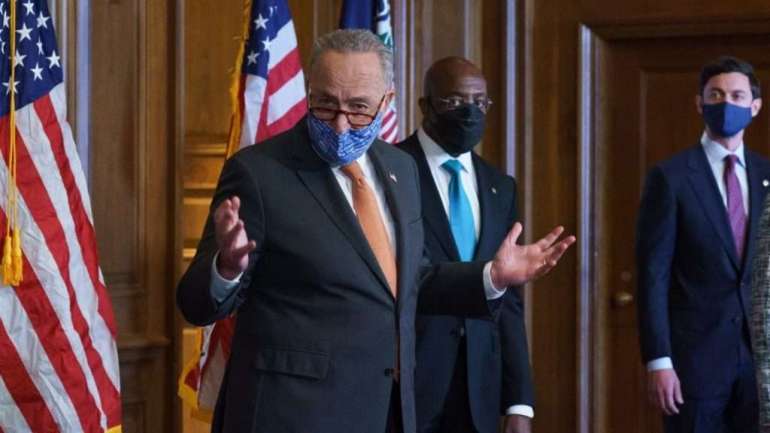 Doug Andres, a spokesperson for McConnell, said the GOP leader is “glad that Leader Schumer agreed to Republicans’ request for additional time during the pre-trial phase,” calling it “a win for due process and fairness.”

The House managers and Trump’s legal team will spend the next two weeks drafting their legal briefs. Under the trial schedule, the president’s team will have until February 2 to answer the article and House managers will submit their pre-trial brief the same day. Trump’s pre-trial brief will then be due February 8 and the House will have until February 9 for their rebuttal, which will allow for the trial to officially begin.

Earlier Friday, Speaker Nancy Pelosi dismissed concerns by Republicans that Trump’s legal team wouldn’t have adequate time if the trial started next week after the impeachment article is delivered to the Senate.

“The former president will have had the same amount of time to prepare for trial as our Managers,” Pelosi said, referring to her hand-picked team of House Democrats who will essentially serve as prosecutors in the Senate trial.

“The House has been respectful of the Senate’s constitutional power over the trial and always attentive to the fairness of the process,” Pelosi later added in a letter sent to her members, noting that Monday would be a “momentous and solemn day.”

President Joe Biden, who has largely left the process up to Congress, did not object to a slightly delayed impeachment trial, when asked by reporters if he supported a February timeline.

“The more time we have to get up and running to meet these crises, the better,” Biden told reporters Friday afternoon.

The exact length of the Senate’s unprecedented second impeachment trial is still unclear, though lawmakers of both parties say they expect it to take up less time than the three weeks spent on Trump’s first trial in early 2020. Whether the Senate also brings in witnesses is another open question.

Prior to the agreement, many GOP senators warned the trial would disrupt the Senate’s jam-packed schedule confirming Biden’s nominees and potentially moving to an additional Covid-19 relief package.

“I think what McConnell laid down was eminently reasonable, in terms of making sure that we got [due] process,” added Sen. Lisa Murkowski (R-Alaska), a moderate who could be a critical vote in Trump’s trial. “The process has to be fair. So yeah, so we gotta get started, I guess.”