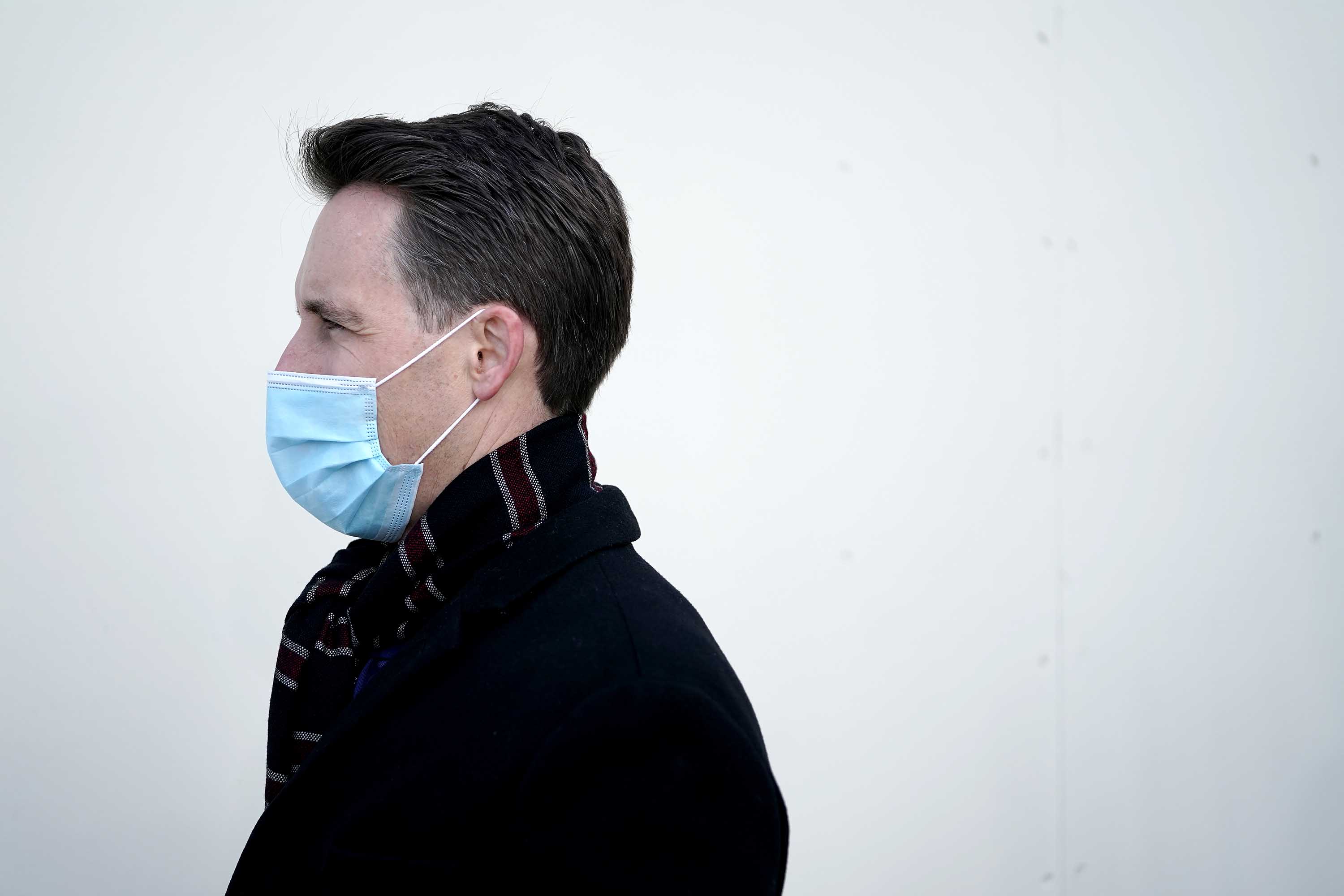 Hawley, in a statement, described the complaint as “a flagrant abuse of the Senate ethics process and a flagrant attempt to exact partisan revenge” and said Democrats appeared “intent on weaponizing every tool at their disposal.”

A spokesperson for Cruz said in a statement that “it is unfortunate that some congressional Democrats are disregarding President Biden’s call for unity and are instead playing political games by filing frivolous ethics complaints against their colleagues.”

Both senators have denied allegations that they incited the Jan. 6 insurrection, which led to the death of five people, and condemned the violence.

But in Thursday’s letter, the Democratic senators argue that by announcing they would challenge the election results, Hawley and Cruz gave credibility to former President Donald Trump’s baseless claims of widespread voter fraud.

In addition, the letter also notes that Cruz and Hawley still voted against certifying the presidential election results in Pennsylvania and Arizona, hours after the Jan. 6 insurrection.

“By continuing to object to the electors after the insurrection, Senators Cruz and Hawley lent legitimacy to the mob’s cause,” the senators wrote.

Cruz and Hawley have faced bipartisan backlash over their election challenge since the Jan. 6 attacks. Several Democratic senators, including Coons, have said that they should step down.

Hawley, meanwhile, lost a book deal with Simon & Schuster. His mentor, former Sen. John Danforth, said his support for the Missouri Republican “was the biggest mistake I’ve ever made in my life.” And Cruz’s communications director resigned.