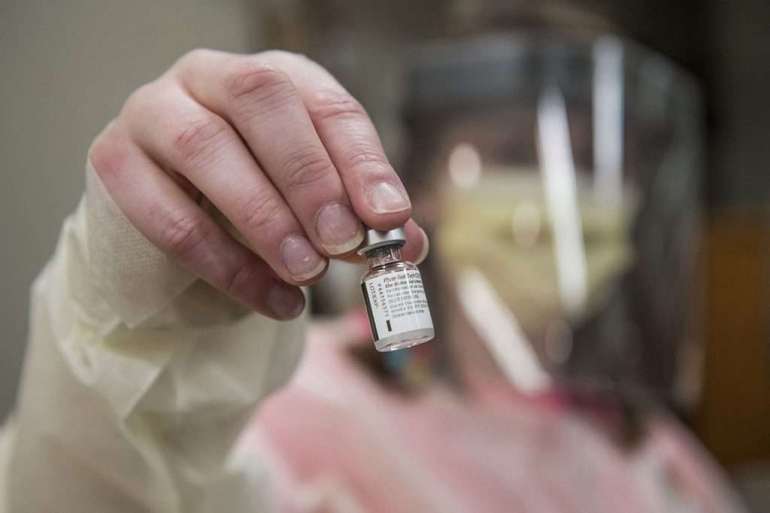 Some syringes distributed by the federal government aren’t efficient enough to extract the sixth dose, leading hospitals to throw out precious vaccine. Earlier this month, officials from Operation Warp Speed, the Trump administration’s vaccine accelerator, acknowledged the problem, and said the federal government was “quickly evaluating options” to reconfigure the vaccination kits sent to providers.

Pfizer says the change to its label was made to “provide clarity to healthcare providers, minimize vaccine wastage and enable the most efficient use of the vaccine.”

The FDA told POLITICO that before it made the label change at Pfizer’s request, it considered the availability of low-dead volume syringes — the type needed to extract the extra dose — and changes already made by the World Health Organization and European Medicines Agency to allow using the extra fluid.

“By far most importantly, [FDA considered] the need to ensure that the maximum number of individuals were vaccinated in the United States as rapidly as possible, since using 6 doses from the vials will vaccinate 16.6 percent more Americans than 5 doses would,” a spokesperson said.

But without enough specialized syringes, Pfizer’s decision likely means that the U.S. will have fewer usable doses than it was counting on.

The FDA label change is the latest twist in a troubled rollout that’s seen vaccinations lag well behind targets set by the Trump administration.

President Joe Biden signed executive orders this week invoking the Defense Production Act in an effort to try and rapidly accelerate the availability of certain supplies. Agencies are identifying supply shortfalls, such as the dearth of efficient syringes, according to a White House official. However, it’s unclear when production would increase.

The Centers for Disease Control alarmed some state officials Thursday when the agency indicated it would start counting Pfizer’s vaccine vials as holding six doses, according to an email from the agency obtained by POLITICO. The CDC said it would increase the number of syringes it’s shipping with the vaccine, but that they may not be the “low-dead-volume” variety capable of extracting the extra doses.