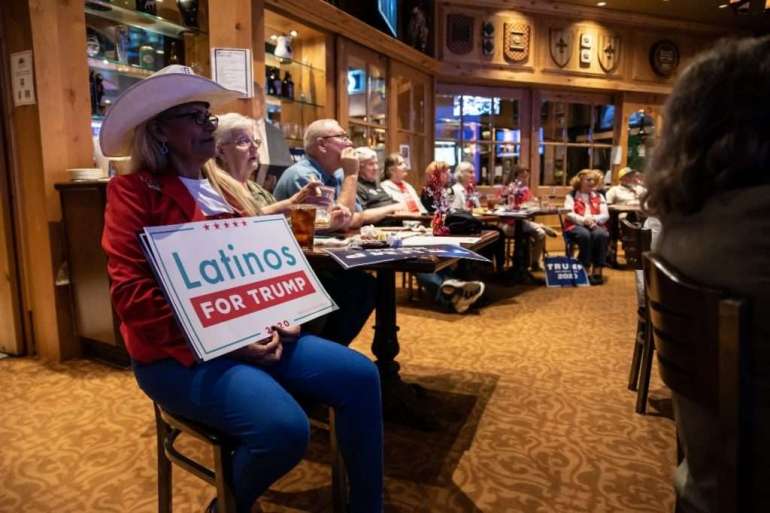 “I think it was a wake-up call for everybody,” Cuellar said in an interview. The nine-term incumbent fared the best of the Democratic trio, winning nearly 60 percent of the vote, while Vela scraped 55 percent — the worst showing of his five terms — and Gonzalez barely got a majority. But Cuellar said the tight presidential race in his region was a sign the national party was not heeding warnings.

“Don’t take border areas for granted. Don’t take Hispanics for granted,” he said. “It’s been done for so many years. The Democratic Party has not paid attention to the Hispanic population.”

The region — and the state — could very well decide control of the House in two years. Texas will gain as many as three congressional seats in redistricting, and it will be a critical part of Republican’s strategy to retake control of the chamber. The GOP is just six seats short of the majority, and any additions to the traditional battleground map are important with the House margins so low.

The looming redraw may boost GOP odds because state Republicans control the process. Republicans are already discussing how a new map could create two deep-red districts in the southern half of the state, one shoring up freshman Rep. Tony Gonzales (R-Texas) to the west and another imperiling one of the three Rio Grande Valley Democrats.

Now, both parties are scrambling to determine whether Republicans’ surprising appeal in the region in 2020 will endure when Trump is no longer on the ballot or in office. Democrats are betting the answer is no.

“This wasn’t about the Republican party or any Republican candidate. This was about Donald Trump,” said Vicente Gonzalez, who beat an underfunded GOP challenger by about 3 points. “He was the rock star — I say in Spanish: lucha libre candidate, if you will — that Latinos love,” he added, invoking a Mexican style of wrestling that’s achieved a cult following.

Democrats attribute their shrinking margins in the region to a one-two punch. They were saddled with a national message that didn’t appeal to the culturally conservative border areas. And they missed a swell of support for Trump that they still struggle to explain after the fact.

Many of the Trump supporters Gonzalez said he encountered did not know much about the president’s policies. “They just love the excitement of having this character running for president.” Trump found little support in the Rio Grande in his 2016 run, but in Gonzalez’s assessment, Trump’s time in office made him more popular to some in his district — the opposite of his trajectory in affluent suburbia.

With Trump off the ballot, Democrats think the GOP will have less sway because the new voters he activated may be less likely to turn out. But Republicans are investing in the region to build on the progress Trump drove last year.

The House GOP campaign arm has already begun recruiting a challenger to take on Gonzalez, a three-term member whose district includes a large chunk of Hidalgo County and the city of McAllen. That’s a sign they believe him to be the most vulnerable in redistricting. For his part, Gonzalez says he is considering hiring a lawyer who specializes in redistricting to help him advocate for himself.

He already has one challenger and could get more. Monica De La Cruz-Hernandez, his 2020 opponent, has already launched another run. She said her last campaign was motivated by a Democratic lurch to the left that was unappealing to the district, and she said local voters liked Trump’s rhetoric on immigration.

Traveling his district shortly after the election, Cuellar — whose brother is the Webb County sheriff — was besieged by worried constituents asking if Democrats would take money away from their police forces. “I certainly don’t support that,” Cuellar said of the calls to defund the police. But “we have some of my progressive colleagues saying that, and then they’re going to equate that to all Democrats.”

Yet the progressive platform — including the “Green New Deal,” which worries some voters in region that depends on oil and gas — has some resonance among voters in Cuellar’s base. In 2020, he came within 3,000 votes of losing his primary to a more liberal challenger, immigration attorney Jessica Cisneros, who could run again in 2022.

There are concerns for Republicans too: They have control over the redistricting process, but they need to figure out which data will be most predictive to draw new lines. Relying on the 2020 election results assumes that Republican candidates will continue to perform well in Latino areas when Trump isn’t on the ballot. And in some districts, that data diverge sharply from previous elections.

Texas’s only true swing district for most of the last decade was another rural, majority-Latino district that spans the massive Western border of the state. Many thought it would be an easy Democratic pickup in 2020 when the popular GOP incumbent retired after winning by less than 1,000 votes in 2018.

But Republican Tony Gonzales, a former Naval cryptologist, managed an impressive win, as did Trump, who won that district in 2020 after losing it in 2016. Gonzales described an uptick in interest from infrequent voters drawn to Trump.

“Trump’s message resonated, and the message was really, almost, ‘You’re not forgotten. We haven’t forgotten you.’ And it spoke to a lot of people,” Gonzales said. “And they weren’t 18-, 19-year-olds, they were older voters that had kind of just been disenfranchised, that were ignited again.”

Democrats have decried that process as an illegal manipulation of the Voting Rights Act. But they concede that, if given the chance, Republicans could employ the tactic again to create a GOP-leaning seat in South Texas.

“If they get away with that, that’s the only way that they would get a toehold on the border,” said Matt Angle, a longtime Democratic operative in the state.