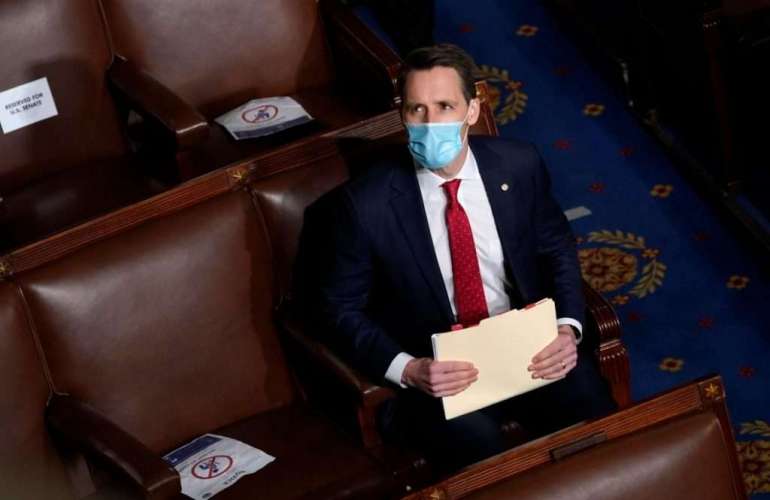 It was during Congress’ certification of Biden’s win that a mob of pro-Trump rioters stormed the Capitol, breaching the building’s walls and temporarily halting the proceedings. Lawmakers were forced to shelter-in-place as both chambers went into lockdown, and at least five people died as a result of the violence — including a Capitol police officer.

Immediately prior to the attack, former President Donald Trump ginned up his supporters at a rally on the White House Ellipse, encouraging them to march on the Capitol with hot-blooded rhetoric. Trump was impeached by the House two weeks ago for “incitement of insurrection” — becoming the only president in American history to twice face the historic rebuke — and he is now set to stand trial in the Senate early next month.

But Democratic lawmakers and some Republicans have also directed their fury at colleagues who sought to overturn the election results in Congress, arguing that their actions and refusal to acknowledge the reality of Biden’s win played a role in provoking the deadly Capitol siege. Hawley and Cruz, in particular, have received calls to resign or be expelled from the Senate — potential punishments which Hawley alluded to in his letter on Monday.

“In light of the shameful abuse of the ethics process you have deliberately engaged in, I have considered whether I should call for you to resign or be expelled from the Senate,” Hawley wrote to the seven Democrats. “But I continue to believe in the First Amendment, which the US Supreme Court has repeatedly said protects even ‘offensive’ and malicious speech, such as yours.”