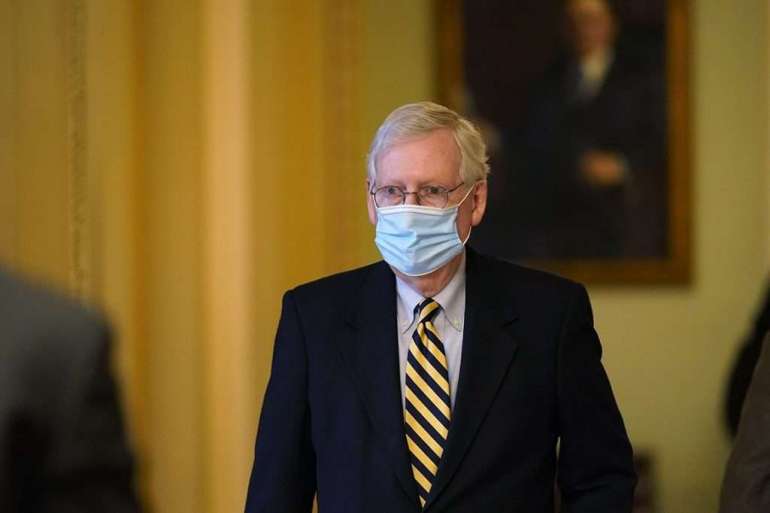 Schumer had refused to make a commitment that would tie Democrats’ hands and many in the caucus were growing angry with McConnell’s resistance.

The centerpiece of Biden’s immigration plan — a bill providing a pathway to citizenship for millions of immigrants — faces a steep uphill battle in Congress.

“We’re glad Senator McConnell threw in the towel and gave up on his ridiculous demand,” said Justin Goodman, a spokesperson for Schumer. “We look forward to organizing the Senate under Democratic control and start getting big, bold things done for the American people.”

Schumer had previously urged McConnell to adopt a resolution similar to the 2001 agreement between Senate leaders Trent Lott and Tom Daschle. But the Kentucky Republican insisted that Democrats needed to provide some reassurance that the 60-vote threshold for most major legislation would remain. The ongoing negotiations have left Senate committee assignments in limbo.

Manchin (D-W.Va.) vowed Monday in an interview with POLITICO that he would not vote to kill the filibuster this Congress. And Sinema (D-Ariz.), through her office, reiterated that she is “not open to changing her mind.”