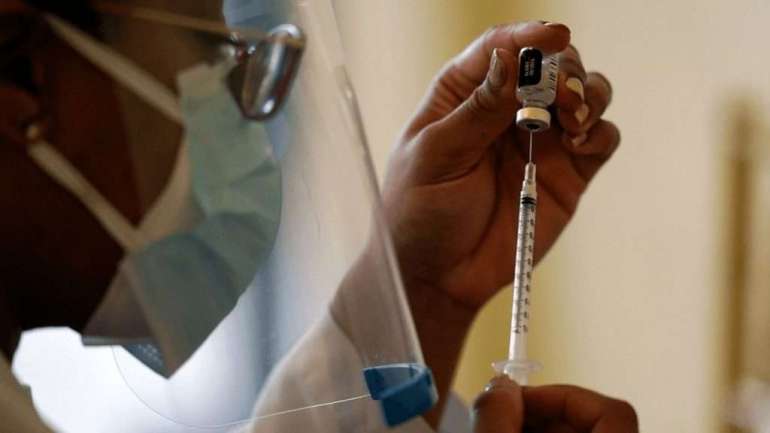 Yet several states complained in recent weeks that they are running dangerously low on supply, with some going as far as to redirect unused doses from nursing homes to providers serving other priority groups.

“There’s a reporting lag, and they don’t know where the vaccine is,” said Georges Benjamin, executive director of the American Public Health Association, adding that the confusion has contributed to a “hoarding mentality” in the areas where doses are available.

A senior Biden administration official on Tuesday insisted the government is keeping only minimal amounts of vaccine in reserve, and that the vast majority of the unused doses have already been distributed.

The administration is hoping that adding an additional 200 million doses will alleviate those supply issues over the long term, though it remains unclear when agreements with the manufacturers will be finalized and how much the U.S. will have to pay for the extra supply.

The federal government already holds pre-existing options to purchase more vaccine from both Moderna and Pfizer.

Biden earlier this week predicted that anyone who wants a vaccine will be able to get one by the spring, even as some of his top aides have warned it could take well into the late summer or fall before the U.S. is close to reaching the herd immunity needed to effectively end the pandemic.

On Tuesday, Biden appeared to dial back his optimism, acknowledging the supply constraints the nation will face through the first half of the year.

“This is enough vaccine to fully vaccinate 300 million Americans by the end of the summer, beginning of the fall,” he said, adding that the first deliveries are expected early in the summer.

Many states have dramatically expanded groups eligible for the shots in order to speed up immunizations. Public health experts have expressed concern about the likelihood that minority communities will have far lower vaccination rates.

The CDC may come out with demographic data on vaccinations as soon as next week, according to a source in communication with the agency.

Moderna and Pfizer have pledged a total of 200 million doses of their Covid shots by the end of March, with another 200 million available over the three months after that.

The U.S. has the option of purchasing another 400 million Pfizer shots and potentially 300 million Moderna shots. But Pfizer is now counting overfill in each of its vaccine vials as an extra full dose toward its vaccine commitment to the U.S. pandemic response — even though not all the syringes the federal government supplies can eke out the extra dose.

The White House is betting heavily on the eventual arrival of a third vaccine from Johnson & Johnson that requires only a single shot compared with the two-dose regimen for Moderna and Pfizer. The federal government has pre-purchased 100 million doses of the company’s shots, and on Tuesday, J&J said it can deliver those doses by the end of June. The U.S. also has an option to buy 300 million more doses.

Johnson & Johnson is expected to report trial data on its vaccine as soon as next week, but earlier this month warned officials it had fallen behind its production schedule and likely would not catch up until the end of April.

Sam Sutton contributed to this report.