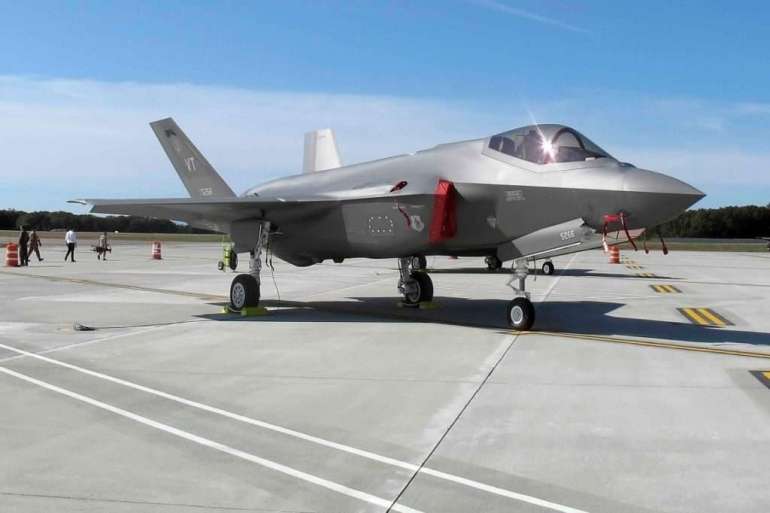 Blinken characterized the review as routine.

“We think that Israel normalizing relations with its neighbor and other countries in the region is a very positive development,” Blinken told reporters. “We’re also trying to make sure that we have a full understanding of any commitments that may have been made in securing those agreements, and that’s something that we’re looking at right now.

“Generally speaking, when it comes to arms sales, it is typical at the start of an administration to review any pending sales to make sure that what is being considered is something that advances our strategic objectives and advances our foreign policy,” he added.

UAE responds: The review of the F-35 sale by the Biden administration was expected, argued Yousef Al Otaiba, the UAE’s ambassador to the U.S. But he contended the package amounts to “much more then selling military hardware to a partner.”

“Like the US, it allows the UAE to maintain a strong deterrent to aggression. In parallel with new dialogue and security cooperation, it helps to reassure regional partners,” Otaiba said in a Twitter thread posted by the embassy. “It also enables the UAE to take on more of the regional burden for collective security, freeing US assets for other global challenges, a long-time bipartisan US priority.”

Pre-emptive move: At least one major defense contractor is already bracing for Biden to cancel some arms deals. Executives for Raytheon Technologies said Tuesday on a quarterly earnings call that the company removed a potential $519 million sale to a Middle Eastern ally from its books in anticipation of the deal being blocked.

Bipartisan concerns: The Trump administration’s expedited weapons sales to Middle Eastern countries such as Saudi Arabia and the UAE have come under fire on Capitol Hill, though attempts by lawmakers to halt them have come up short.

Though the sale of F-35s to the UAE drew bipartisan scrutiny — both Democrats and Republicans were concerned that the sale could erode Israel’s military edge in the Middle East — legislation to block $23 billion in sales of F-35s, Reaper drones and missiles to the Gulf nation died on the Senate floor in December.

‘Not a blank check’: Ten House Democrats, meanwhile, are pressing Blinken to act swiftly to adjust the U.S.-Saudi relationship, including by freezing and reviewing arms sales that contribute to the kingdom’s war in Yemen.

“American support for the Kingdom is not a blank check and Saudi Arabia should understand that we will no longer overlook actions inconsistent with American interests and values to preserve a relationship that, over the past several years, has served Saudi interests more than it has served our own,” the lawmakers wrote in a letter first reported by HuffPost.

“Early actions by the Biden administration that reinforce a message already delivered by broad bipartisan majorities in the Congress will help us to build a more balanced, healthy, and principled relationship with the Kingdom,” they added.

More questions: In addition to freezing weapons sales, the lawmakers also urged the administration to press for Saudi accountability for the murder of journalist Jamal Khashoggi, including releasing an unclassified intelligence report outlining the Saudi government’s culpability.

The lawmakers also called for the Biden administration to reverse the Trump administration’s designation of the Houthis in Yemen as a foreign terrorist designation and to push for the release of American citizens arbitrarily detained by the Saudi government.