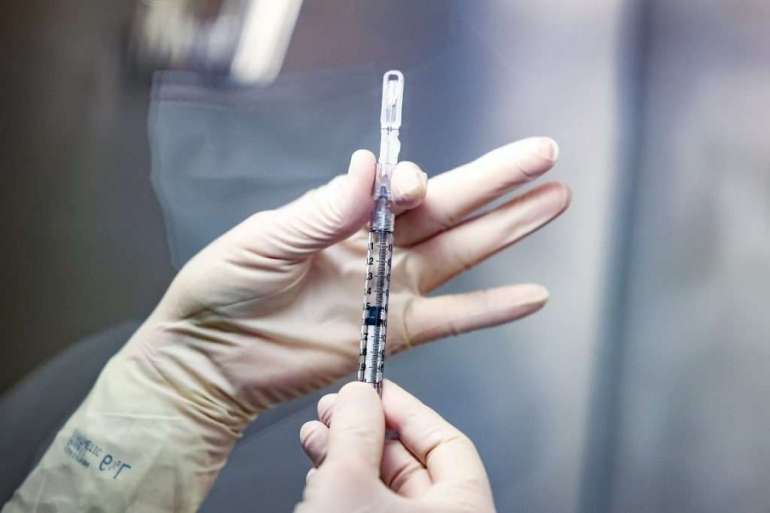 News that J&J’s vaccine is less effective against the South African variant, known as B.1.351, comes days after vaccine makers Moderna and Pfizer said their shots are less potent against the strain. Health officials in South Carolina reported the first known U.S. cases of the variant on Thursday.

Johnson & Johnson said it plans to file for emergency use authorization in early February and expects to have “product available to ship” immediately following authorization.

The vaccine could provide a critical single-dose option to health officials trying to vaccinate hard-to-reach or hesitant populations against the virus. It is one of only two single-dose options in late-stage U.S. trials, and can be stored in refrigerators rather than freezers. J&J also has an ongoing two-dose trial.

Those logistical advantages could aid the Biden administration’s efforts to accelerate the pace of vaccination beyond the president’s initial goal of administering 100 million shots per day during his first 100 days in office. Calls to speed up vaccine administration have grown more urgent since the B.1.351 variant and others first identified in the U.K. and Brazil have reached the United States.

But J&J’s initial supply may be an issue: The company told regulators recently that it had fallen behind on production and could be as many as two months behind schedule.

The company had originally pledged to deliver 12 million doses by the end of February, with plans to reach 100 million over the next four months. But Johnson & Johnson has since warned officials that it could take until the end of April to catch up to its original projections, a person briefed on the matter told POLITICO in mid-January.

Johnson & Johnson has declined to confirm the delay. In a statement Friday, the company said that it still expects to hit 2021 production goals. Meanwhile, the Government Accountability Office said in a report released Thursday that the company would have 2 million doses ready at the time of FDA authorization, an estimate it attributed to Johnson & Johnson officials.

The company’s coronavirus vaccine was the first funded by the Trump administration after the health department funneled $456 million into early trials. Operation Warp Speed, the government effort to accelerate vaccine development and distribution, in August put $1 billion toward securing 100 million J&J shots, with an option to buy more.

The vaccine works by employing a common virus edited with genetic material from the coronavirus to familiarize the immune system with fighting the infection. It is an older technology that J&J also used to develop its Ebola vaccine.

The Pfizer/BioNTech and Moderna vaccines — which use a new messenger RNA technology — are roughly 95 percent effective after two doses. AstraZeneca has said its own two-shot regimen, of which the Trump administration ordered 300 million doses, is 70 percent effective but needs more research.