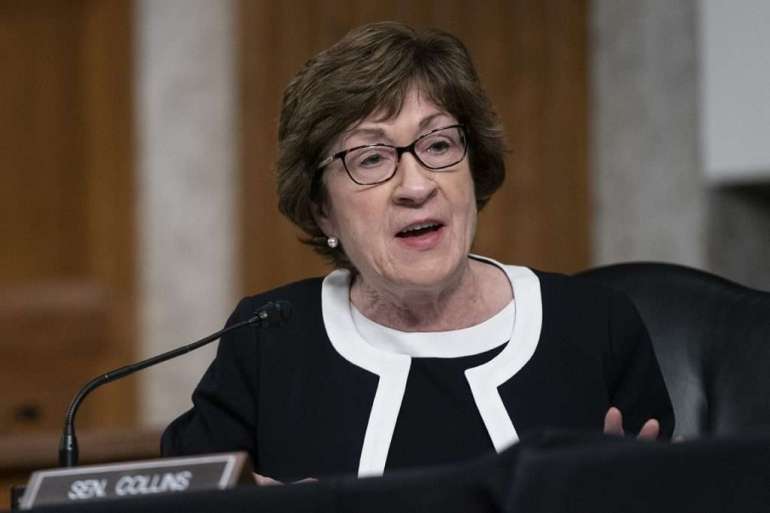 The letter is a clear attempt to head off Democratic efforts to pursue budget reconciliation as the pathway to the next round of coronavirus aid. This week, Democrats in both chambers are planning to pass budget resolutions allowing the party to approve Biden’s $1.9 trillion coronavirus plan without GOP votes.

Still, that path has little room for error: All 50 Senate Democrats would need to be on board, and House leaders could afford few defections. And Republicans in a bipartisan negotiating group have urged Biden to squash the effort to move forward without them, though Democrats are skeptical they will ever come on board with the large spending plan they say is needed to revive the economy.

The Biden administration said it would see what the Senate Republicans had to offer. “We’ve received the letter and we certainly will be reviewing it over the course of the day,” Brian Deese, director of the National Economic Council, said on CNN’s “State of the Union.”

Deese elaborated on NBC’s “Meet the Press”: “We’ve been engaging with members of Congress from both parties and both houses over the course of the last week or two. We’ll continue to do that as we go forward. And the president has said repeatedly he is open to ideas, wherever they may come, that we could improve upon the approach to actually tackling this crisis. What he’s uncompromising about is the need to move with speed on a comprehensive approach here.”

The Republican senators will release more details of their plan Monday, according to a Republican aide. Sunday’s letter indicated it will also extend unemployment benefits that expire in March, match Biden’s request for nutrition assistance and send a new round of payments to “those families who need assistance the most, including their dependent children and adults.” It will also address child care, small business aid and school funding.

Republicans and some Democrats have complained that high-earning people would be eligible for the next round of $1,400 payments. And no Republicans have indicated even tepid support for Biden’s $1.9 trillion topline spending number. That’s led Speaker Nancy Pelosi and Senate Majority Leader Chuck Schumer to say they will move forward if Republicans are an obstacle to their plan.

In addition to Collins, the letter was signed by GOP Sens. Lisa Murkowski of Alaska, Bill Cassidy of Louisiana, Mitt Romney of Utah, Rob Portman of Ohio, Shelley Moore Capito of West Virginia, Todd Young of Indiana, Jerry Moran of Kansas, Thom Tillis of North Carolina and Mike Rounds of South Dakota. They say that if Biden is willing to hear them out, Congress doesn’t have to pass a partisan coronavirus bill.

“In 2020, members of the House and Senate and the previous administration came together on a bipartisan basis five times,” they wrote on Sunday. “With your support, we believe Congress can once again craft a relief package that will provide meaningful, effective assistance to the American people and set us on a path to recovery.”