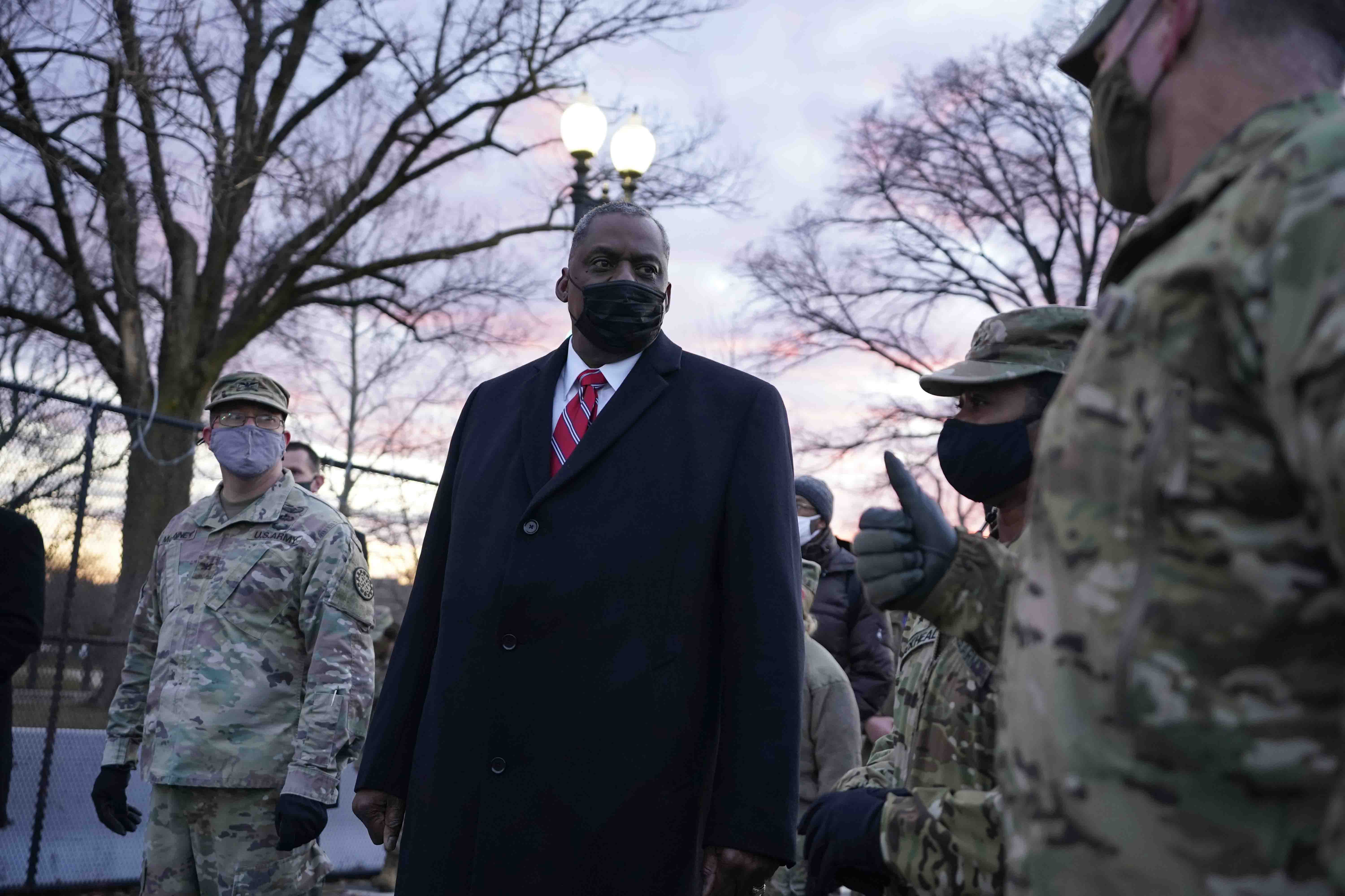 The move applies to a number of controversial Trump allies, including Anthony Tata, the Pentagon’s acting policy chief who came under fire last year for tweets calling former President Barack Obama a “terrorist leader,” and Scott O’Grady, a former Air Force pilot who has used his Twitter account to spread false claims that the election was stolen from Trump. Both were appointed to the policy board.

It does not apply to those who were appointed to the boards of visitors to the military academies, such as former Trump counselor Kellyanne Conway, former White House press secretary Sean Spicer, former Office of Management and Budget Director Russell Vought, and former Pentagon adviser Douglas Macgregor.

Go big. Go fast. And, if need be, go without the GOP. That’s been President Joe Biden’s credo while signing a record number of executive actions during his first days in office.

The ousting comes just days after Austin halted the in-processing of new members, effectively preventing a number of former President Donald Trump’s acolytes, who were still completing paperwork and undergoing security checks, from actually serving on the panels. That included Trump’s 2016 campaign manager Corey Lewandowski and deputy campaign manager David Bossie. Also out is Kash Patel, who was former acting Defense Secretary Chris Miller’s chief of staff, who said over the weekend that he had been sworn in but his in-processing had been put on hold.

The Trump administration made the appointments after booting several members of the advisory boards late last year.

One senior defense official said Austin was concerned by the “frenetic activity” of sudden mass firings of advisory board members and a spate of new appointees in the final months of the Trump administration.

“No question, the secretary was deeply concerned with the pace and the extent of recent changes to memberships of department advisory committees,” one senior defense official said. “I think it … gave him pause to consider the broad scope and purpose of these boards and to think about how they can best be aligned and organized and composed to provide competent, technical, professional policy advice to the Department.

“He believes that this review is going to allow him to take a better, deeper look at that and to make sure that the advisory committees are in fact providing the best possible advice, as is their purpose,” the official added.

The move by Austin also means that four appointees to the eight-member Confederate renaming board, created by Congress as part of annual defense legislation, will be removed. The appointees to the panel made last month by Miller included Joshua Whitehouse, the Trump White House’s liaison to the DoD who oversaw the purge of advisory boards and their replacement with some Trump loyalists.

The first senior defense official said Austin will name four new members to the commission. Asked whether removing the board members will delay the effort to rename bases, a second senior official noted that the deadline hasn’t been reached for appointing members and that lawmakers must still appoint their four members to the panel.

“Right now, the board has not been statutorily named and not had its first meeting, so it doesn’t put it behind schedule at all,” the second official told reporters.