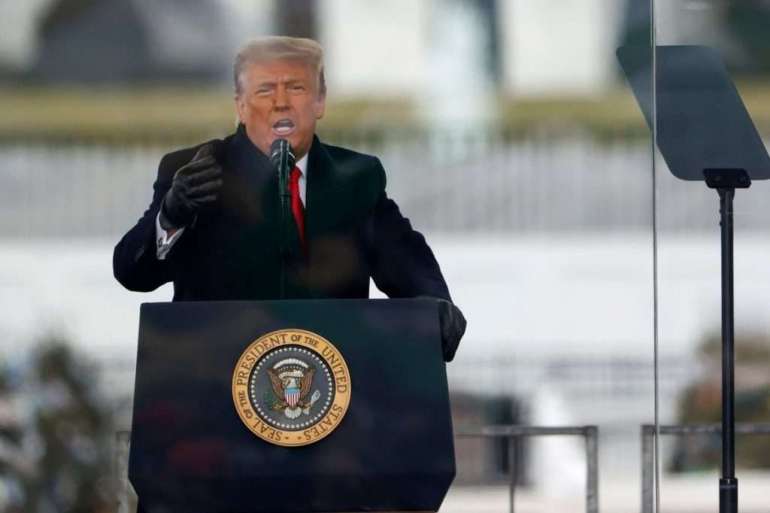 During the impeachment trial in January 2020, the Tea Party Patriots did calls to action, urged supporters to call congressional offices, hosted conference calls to discuss messaging and talking points, and sent materials to voters. The group also sent 47 tweets condemning or criticizing the process. So far, this go around, it has only shared five impeachment-related tweets since the House impeached Trump again on Jan. 13, according to a POLITICO review.

Biden promised to promote democracy and fight authoritarianism across the globe. Now, he’s facing a foreign policy crisis that puts those promises to the test: a military coup in Myanmar.

“It would be news to me if any serious conservative organization was involved,” said one conservative strategist.

The hesitance of conservative organizations to join the impeachment fracas suggests that the political drama isn’t motivating Republican voters as they, and others, grow confident in Trump’s acquittal. The former president may be barreling toward a historic second impeachment trial with little infrastructure in place for his defense, but Senate Republicans almost certainly won’t care what type of defense they offer. Forty-five of them voted that a post-presidential impeachment is unconstitutional — all but ensuring that there won’t be 67 votes needed for conviction.

As a measure of Trump’s internal confidence, an aide confirmed on Monday that there are no plans for the former president — who firmly believes he is his own best advocate — to testify in his own defense next week, despite reports it was under consideration. However, Trump adviser Jason Miller would not rule out the possibility of the former president acting as his own surrogate with media appearances during impeachment.

Still, there are some disputes within Trump’s ranks over what strategy they should pursue as Trump defends himself against charges that he helped incite the deadly riot on Capitol Hill that resulted in the deaths of five people. While Trump wants to use his trial to decry voter fraud and plead for election reforms, the few aides who still staff him say their best recourse is to simply argue what the vast majority of Senate Republicans are on record saying: that the impeachment itself is unconstitutional.

One aide involved with Trump’s defense, who was not authorized to speak publicly, said there were no plans underway for the communications team to discuss election fraud as part of their messaging around impeachment, despite reports that the former president was itching to do so.

“I’ll be focused on constitutionality,” said the aide, citing the 1974 House impeachment proceedings against former President Richard Nixon, which were halted after he resigned from office and never brought to a full floor vote in the House.

“[Nixon] left and House Democrats dropped the case and moved on with the business of the American people,” the aide added, previewing a talking point ahead of next week’s trial.

Settling on a messaging strategy isn’t the only hurdle Trump and his aides face. Putting together an actual legal team has been difficult, too. Over the weekend, five lawyers who were reportedly preparing to represent the former president abruptly departed. The group had planned a two-part defense strategy focused on whether the Constitution allows for impeachment of a former president and whether the definition of incitement applies to remarks Trump delivered at the White House hours before his supporters stormed the U.S. Capitol on Jan. 6.

But their approach left Trump annoyed by its lack of attention to his voter fraud claims. On Sunday, the former president announced that two new attorneys, David Schoen and Bruce Castor, Jr., would take over his defense. A source close to Trump’s team said there was no expectation, as of now, that additional attorneys would be formally added to the team, including Jenna Ellis and Rudy Giuliani, the two lawyers who led Trump’s unsuccessful quest to overturn the 2020 election results.

Miller, who has been in frequent contact with Schoen over the last two weeks, told Fox News on Monday evening that the former president’s attorneys will meet the deadline to file a short brief on Tuesday in response to the article of impeachment passed by the House. He did not list election fraud among the topics when previewing the contents of Trump’s defense.

“The compressed timeline has made things interesting,” Miller said in a separate interview with POLITICO. “It’s a good thing this is pretty straightforward.”

Miller remains one of the few Trump aides who is publicly working on impeachment matters. He has been joined, in the lead-up to the trial, by a small group of former campaign aides and White House officials who are assisting with research, congressional outreach, surrogate operations and rapid response. They include Francis Brennan, Dean Cleary, Sonny Nelson, Ali Pardo and Ted Goodman from Trump’s 2020 campaign, and Ben Williamson, Ory Rinat and Sam Brown from the White House.

While the Republican National Committee has been working with Trump’s impeachment team behind the scenes, they are not expected to take a public-facing role during next week’s trial nor do they plan to launch a centralized website targeting Democratic lawmakers for supporting the impeachment proceedings — something they did in the fall of 2019 with their “Stop the Madness” campaign.