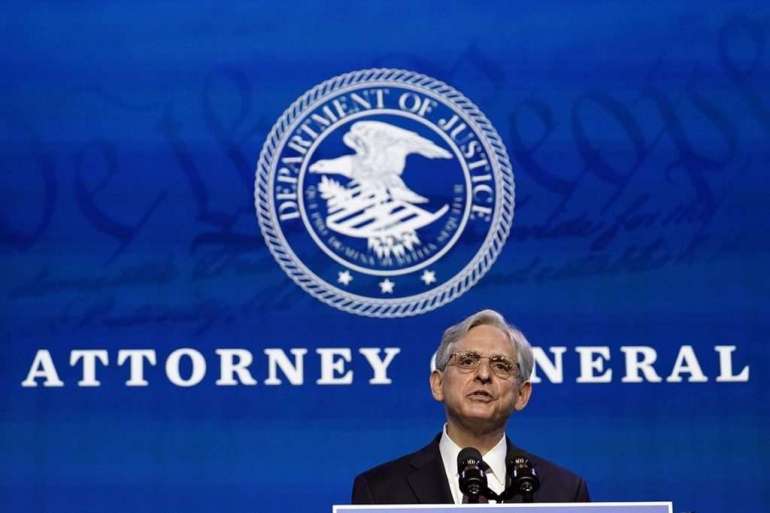 “A one-day hearing as you are proposing the day before the impeachment trial of a former president is insufficient,” Graham (R-S.C.) said in a letter to Durbin. “Democrats do not get to score political points in an unprecedented act of political theater on one hand while also trying to claim the mantle of good government on the other.”

The dispute over Garland’s confirmation hearing is the latest complication of the 50-50 Senate. While Democrats control the Senate, party leaders have yet to finalize an organizing resolution that will determine the committees for the upper chamber. Until the organizing resolution is approved, Republicans like Graham still hold committee gavels from the previous Congress.

Once the Senate adopts the organizing resolution, Sen. Chuck Grassley (R-Iowa) will take over as the top Republican on the Judiciary Committee.

In his letter, Durbin wrote that his committee staff has been working with Republican counterparts to schedule Garland’s hearing, but they’ve now encountered “obstacles that needlessly delay” his confirmation. Durbin added that he was “prepared to take other steps to expedite the Senate’s consideration of Judge Garland’s nomination should his hearing not go forward on February 8” in the absence of GOP cooperation.

Biden told committee staff on Jan. 6 that he planned to nominate Garland for attorney general. Garland is the former chief judge of the U.S. Circuit Court of Appeals for the District of Columbia. He was also President Barack Obama’s pick for the Supreme Court in 2016, but his nomination was blocked by the GOP-controlled Senate.

The Senate Judiciary Committee received Garland’s paperwork last week. Typically, the committee has 28 days between receiving a nominee’s paperwork and the confirmation hearing.

But in his letter Monday, Durbin argued that a Feb. 8 hearing “affords ample time to review Judge Garland’s record,” and added that it would take place 13 days after the Committee received paperwork, “the same amount of time between the receipt of then-Judge Amy Coney Barrett’s [committee questionnaire] and her Supreme Court nomination hearing.”

Graham retorted that Garland’s situation is different from Barrett’s because she had been confirmed more recently by the Senate to the Seventh Circuit Court of Appeals. He added the previous five attorneys general had two day hearings. Typically the nominee testifies on the first day of the hearing and outside experts testify on the second.

“Justice Barrett wasn’t given a free pass on a routine four-day hearing during her Supreme Court confirmation, and Judge Garland shouldn’t get one either,” Graham wrote. “The reason we can’t give Judge Garland two days next week is, of course, that Senate Democrats voted to
proceed with former President Trump’s impeachment trial on February 9.”