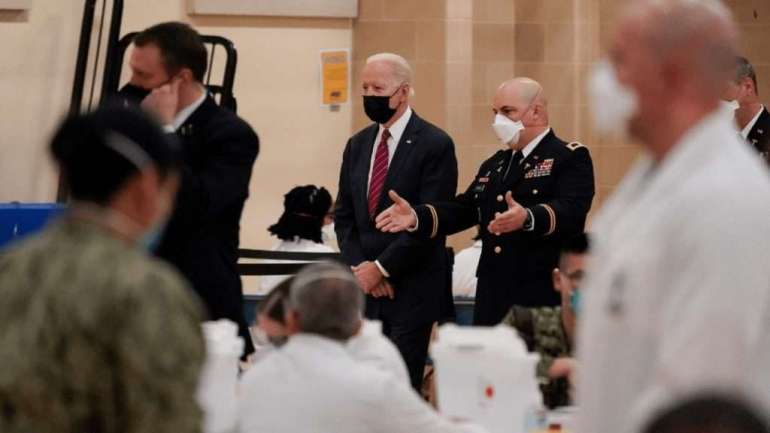 The Department of Defense will hold a briefing later Friday with more information on the military deployment, Slavitt said. The Biden administration had said it will reimburse states for using the National Guard to aid in vaccination efforts, but this will be the first time that active-duty military personnel will be getting involved.

The move, which Austin approved Thursday, will send 1,110 active-duty military personnel to five FEMA Covid vaccination centers, according to a DoD fact sheet. That will include 444 on two Army teams, and teams of 222 each from the Air Force, Navy and Marine Corps, according to DoD.

Each team will have 80 people administering vaccines, 15 registered nurses, 57 clinical staff, 15 people for “command and control” and 55 for “general purpose,” according to DoD.

FEMA has requested 10,000 DoD personnel to aid at 100 vaccination sites, but that request is still being considered, according to DoD.

Where the personnel will go hinges on FEMA requirements, according to DoD.

Efforts to vaccinate Americans were sluggish to start but have improved somewhat as of late, inoculating between 1.3-1.5 million people per day in the U.S. The White House has vowed to speed up the process, pledging to vaccinate at least 100 million Americans within the Biden administration’s first 100 days.

With potentially more transmissible Covid-19 variants popping up across the U.S., the Biden administration is facing more pressure to speed up its vaccination efforts. As part of the administration’s plan to fight the variants, the Food and Drug Administration is planning on releasing new standards for vaccine boosters, tests and drugs in the weeks to come, POLITICO has reported.