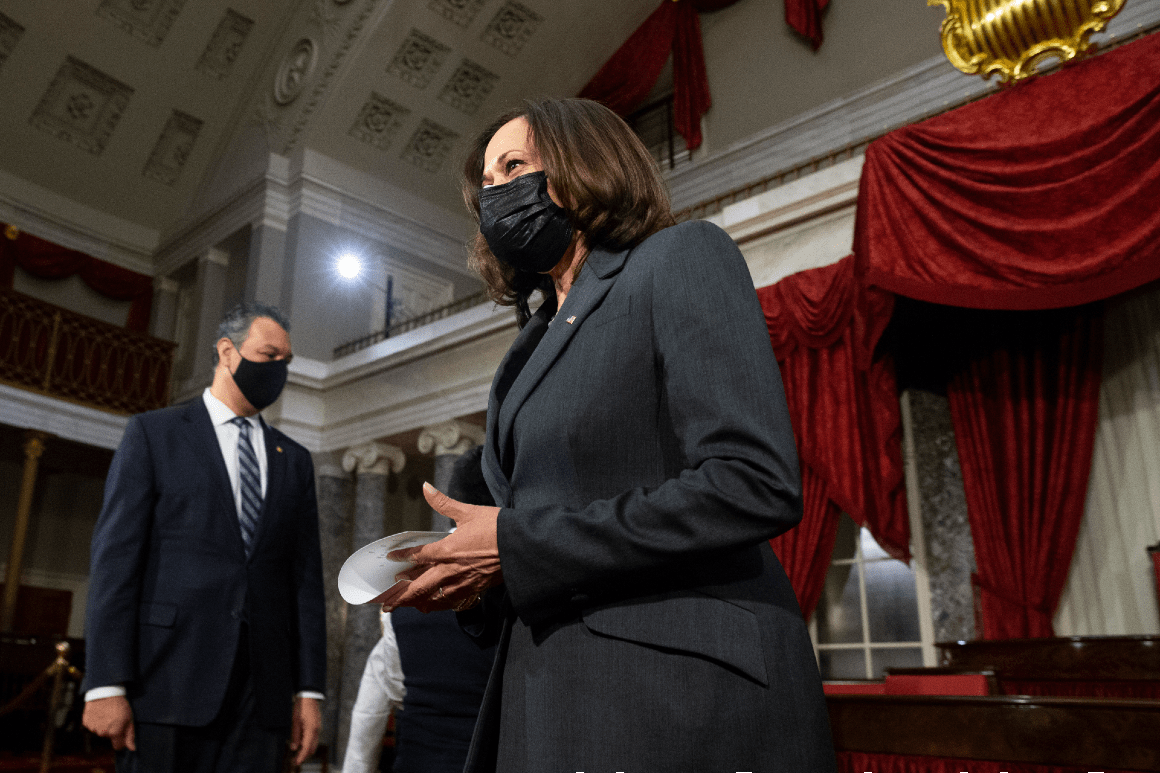 Biden and Harris are set to meet Friday morning with House Democratic leaders and committee chairs to discuss the next steps for the stimulus.

The president warns daily that urgent action is needed to buoy the ailing economy and support Americans struggling amid the pandemic. But Republicans say Biden is turning his back on promises of bipartisanship by entertaining the fast-tracked path to enacting his aid plan through the special budget process that diminishes the GOP’s influence in negotiations.

Democrats are quick to recall the seven months it took to reach a deal with Republicans on the last pandemic aid package enacted in December. With the next unemployment cliff on March 14 — less than six weeks away — the time for bipartisanship is running out, said Senate Finance Chair Ron Wyden (D-Ore.).

“Joe Biden is gonna wake up every single day, and say, ‘I will do everything I possibly can, working in good faith, to find common ground.’ And for those of us who have spent a lot of time pounding away in bipartisan precincts, we think that’s a really good thing. But we also know that there is an urgency today that is extraordinary,” Wyden said in an interview Thursday.

As Senate Democrats took the first step Friday toward sidelining their Republican colleagues in the stimulus process, that partisan strife played out in the protracted debate leading up to adoption of the budget resolution. The Senate slow-walked its way through a marathon session that began at 2:30 p.m. on Thursday afternoon and ended just after 5:30 a.m. on Friday.

After 2 a.m., Senate Majority Leader Chuck Schumer pleaded with his colleagues to stop roaming around and dragging out the roll call votes. “If we stay in our chairs, we might make it by sunrise. But we’ve really got to cooperate here,” he said.

Republicans were eager to use the amendments process to squeeze Democrats on a $15 minimum wage hike, a key tenet of Biden’s stimulus plan that could run afoul of so-called Byrd Rule restrictions on what can be included in reconciliation legislation. Sen. Joe Manchin (D-W.V.) already split with his party this week on the issue.

The Senate easily adopted by voice vote an amendment from Sen. Joni Ernst (R-Iowa) that would ban the $15 minimum wage boost during the pandemic. Senate Budget Chair Bernie Sanders (I-Vt.) — diffusing an awkward and possibly party-splitting vote — said he would support the amendment, stressing that his plan would increase the minimum wage over five years, rather than immediately during the current health crisis.

Ernst and Republicans still declared victory. “Tonight I got the entire Senate —Democrats and Republicans — to agree not to hike the federal minimum wage to $15 per hour during a global pandemic, which would kill jobs and destroy small businesses,” Ernst tweeted after midnight.

Democrats also defeated amendments that would prohibit the cancellation of border wall contracts and deny federal cash to schools that don’t reopen even after teachers are vaccinated. Just before 4 a.m., Democrats defeated a GOP amendment that would have prohibited a carbon tax — perhaps signaling their willingness to enact one in a future infrastructure package.

Despite the partisan pinch, the marathon voting session yielded several bipartisan bright spots, offering some insight into how Congress and the White House might approach the upcoming coronavirus relief package.

Many of the late-night messaging amendments adopted by both Democrats and Republicans are largely meaningless, including bipartisan provisions that would support the Keystone XL pipeline, keeping the U.S. embassy in Jerusalem, aiding the hospitality and entertainment industries during the pandemic, and bar federal agencies from banning fracking.

Nearly every senator approved a vague amendment to ensure $1,400 stimulus checks would not go to “upper-income taxpayers” — an idea that will likely carry over to the forthcoming coronavirus package passed by Congress.

Democrats and Republicans also joined together to approve amendments focused on ensuring undocumented immigrants don’t receive stimulus checks, in addition to measures aimed at helping restaurants during the pandemic, raising public awareness about vaccine administration, helping rural hospitals, and not hiking taxes on small businesses during the health crisis.

Democrats later stripped out the three bipartisan amendments preventing checks from going to undocumented immigrants, in addition to provisions expressing support for fracking and the Keystone XL pipeline.

Amid the bipartisan consensus on several amendments, Sen. Rob Portman (R-Ohio) expressed optimism that the two parties might be able to come together on the broader aid package.

“I’m hopeful that the administration and Democrats up here on the Hill will realize we need to sit down and work something out that’s bipartisan,” said Portman, who recently announced that he will not seek re-election, citing Senate gridlock as a concern. “There will be some stumbles, but I believe there will be opportunities to do that.”