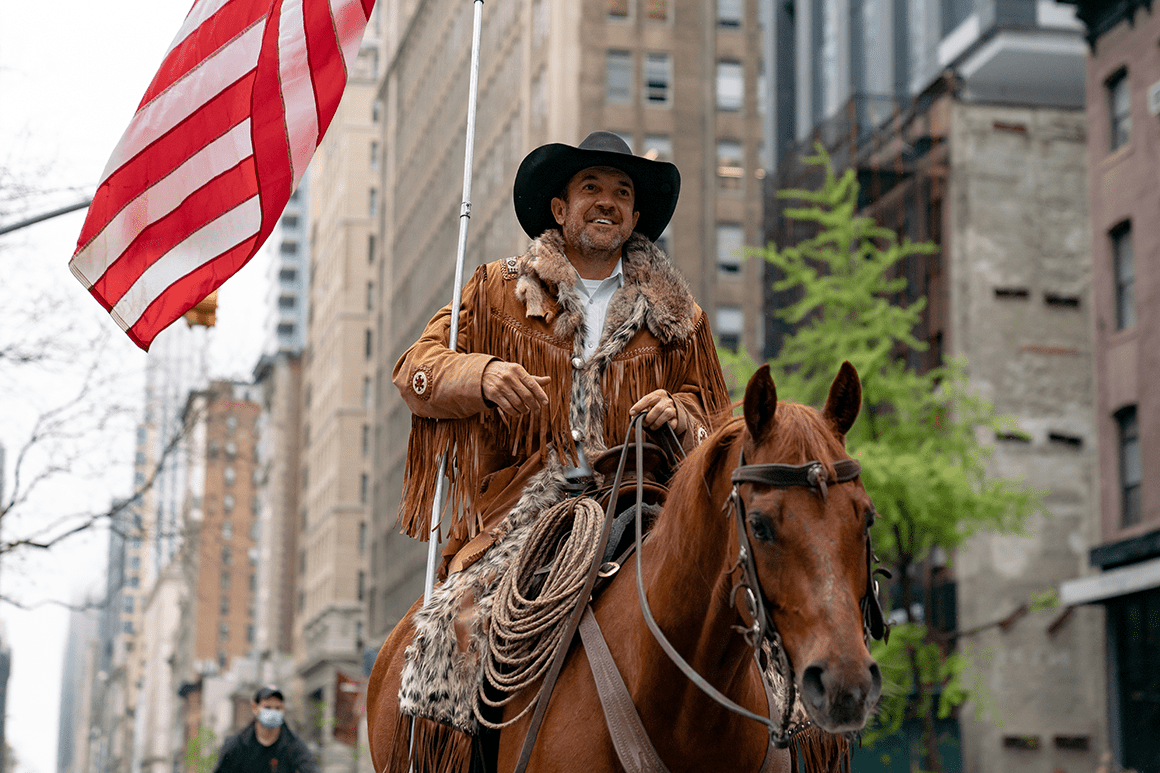 However, after a hearing held by videoconference on Friday, Chief U.S. District Court Judge Beryl Howell overturned that decision. Howell has made clear her outrage over the Jan. 6 riot and she underscored that sentiment Friday, but she said Griffin’s alleged actions did not place him among the most legally culpable for the riot.

“In contrast to most of the brazen rioters, he was not armed and he left the Capitol grounds peacefully,” Howell said. “He was not a participant in the violent break-in at the Capitol or the marauding mob roaming the halls of the legislative branch of government on Jan. 6, and the charge he now faces reflects that fact.”

Howell acknowledged that Griffin’s statements — including one declaring “the only good Democrat is a dead Democrat” — provoked justified anger.

“These are all words that are deeply disturbing, especially when considered in conjunction with the defendant’s decision to return with firearms to D.C. shortly before the presidential inauguration on Jan. 20,” she said.

“His words certainly reflect strong convictions that many in this country would consider unpatriotic, obnoxious, repugnant to the democratic process and certainly harmful to the American body politic, when he’s talking about fellow Americans,” Howell said, pausing for emphasis on the last phrase.

The judge rejected First Amendment claims from Griffin’s lawyers that his statements should not be considered as part of the detention issue, but she said they didn’t mean he was likely to ignore the court’s orders.

Howell also expressed concern that, given trial delays related to the pandemic, Griffin might end up spending more time awaiting trial than he would be sentenced to if found guilty in the case.

Howell’s ruling was unexpected because she has, thus far, seemed to take a tough line in cases stemming from the violence at the Capitol last month. She has halted releases of about a half-dozen defendants whom magistrate judges outside Washington had cleared to go home to await further court dates.

Most of her orders in those cases are temporary stays, keeping those charged in jail pending a further hearing. But last week, she overturned a release order for Richard Barnett, the Arkansas man who posed casually with his boot up on a desk in Speaker Nancy Pelosi’s office during the riot.

During that hearing, Howell — an Obama appointee who served as a Senate Judiciary Committee counsel and whose office looks out on the Capitol a few blocks away — seemed to be brimming with anger about the storming of the historic building during the Electoral College proceedings last month.

“What happened on that day in the U.S. Capitol was criminal activity that is destined to go down in the history books of our country. … This was not a peaceful protest,” the judge said last week. “We’re still living here in Washington, D.C., with the consequences of the violence in which this defendant is accused to have participated.”

But on Friday, Howell sounded inclined to draw a legal line between those who entered the Capitol and those who did not.

Still, she was not impressed by arguments from Griffin’s lawyers, who contend that the charge in the case may be legally flawed because the government cannot prove that Griffin knew a Secret Service protectee such as Vice President Mike Pence was in the Capitol. They’ve also argued that the Capitol and the area on the west front steps that Griffin entered are legally distinct, since Pence never was on or headed to the west front that day.

The prosecutor on the case, Assistant U.S. Attorney Janani Iyengar, said one way the government plans to prove Griffin knew Pence would be there is that the New Mexico official attended President Donald Trump’s rally on the Ellipse where Trump publicly called attention to the vice president’s role at the Capitol that day.

Howell asked Griffin’s attorney, Nicholas Smith, if Griffin was there when Trump spoke. The attorney declined to say.

Howell said the defense had engaged in “some dissection of the statute,” but that the evidence against Griffin from social media posts and comments by other witnesses “does appear strong.” She also said she bets that Griffin was actually at Trump’s speech.

“It would surprise me if he came all the way to D.C. on Jan. 6 and decided to skip a rally that the president was speaking at for people like him, Mr. Griffin, who have bought — hook, line and sinker — the story that this was not a fair election,” the judge said.

Griffin spoke briefly at the end of the hearing. Reporters who were able to monitor the session by telephone could hear him politely telling the judge he understood the conditions of release and that he could be thrown back in jail if, for instance, he tries to come back to Washington for reasons other than court appearances.

Griffin’s lawyers were delighted with the judge’s decision, with one asking her as the session concluded to release it as a published opinion. For her part, the judge seemed less enthused.

“I’m absolutely not going to publish it, but, thank you,” she said.