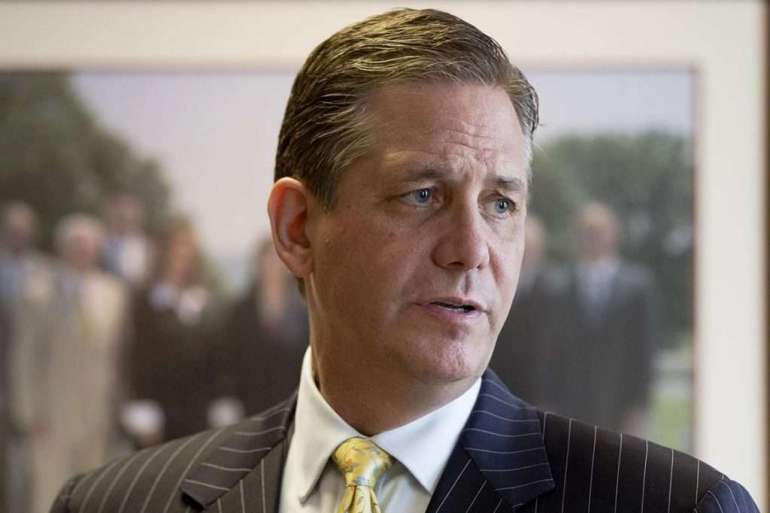 “I think you can count on that,” Castor said. “If my eyes look a little red to the viewers, it’s because I’ve been looking at a lot of video.”

Earlier in the segment with Ingraham, Castor alleged “there’s a lot of tape of cities burning and courthouses being attacked and federal agents being assaulted by rioters in the streets, cheered on by Democrats throughout the country,” seemingly referring to ongoing unrest in Portland, Ore.

Portland saw more than 100 days of protest around a federal courthouse in the wake of the police killing of George Floyd in May. Trump misleadingly blamed violence in the city on the far left while downplaying far-right groups’ role.

Castor, who will defend Trump alongside attorney David Schoen, continued: “Many of them in Washington are using really the most inflammatory rhetoric possible to use. And certainly there would be no suggestion that they did anything to incite any of the actions.”

“But here, when you have the president of the United States give a speech and says that you should peacefully make your thinking known to the people in Congress, he’s all of a sudden a villain. You better be careful what you wish for,” he continued.

House impeachment managers have argued that Trump’s speech at the Capitol Jan. 6 “foreseeably resulted in” the riots, specifically pointing to Trump saying that “if you don’t fight like hell you’re not going to have a country anymore.”

Rep. Waters (D-Calif.) in 2018 called on supporters at a rally to confront Trump officials in public to protest the Trump administration’s child separation policy, which many Republicans have pointed to in defense of Trump.

Any move to use Democrats’ words against them might not take center stage, though. Castor told Ingraham that the “primary issue” will be the argument that the Senate can’t impeach Trump because he is no longer in office. Most Senate Republicans voted last week in favor of a motion saying that the Senate trial was unconstitutional because Trump is no longer president.

“By the House impeachment resolution logic, they can go back and impeach Abraham Lincoln,” Castor told Ingraham. “They could impeach Donald Trump if he was dead because he’s not in office.”

Republican senators have urged Trump not to focus on false claims about the election in his defense. But in a brief, Trump’s legal team denied that Trump attempted to subvert the election results and said Trump had a First Amendment right to give his opinion about them. Castor said on Fox earlier on Friday that there have been many “misstatements” about the brief’s claims, which argue that Trump’s claims that he won “in a landslide” weren’t false.

“I don’t have to prove that he was accurate,” Castor said. “All I have to say is you prove that they were false.”

Castor and Schoen were not originally on Trump’s defense team, as Trump’s first team left after disagreeing over whether to wade into Trump’s election claims. A spokesperson for Trump has previously said he “will not testify in an unconstitutional proceeding.”