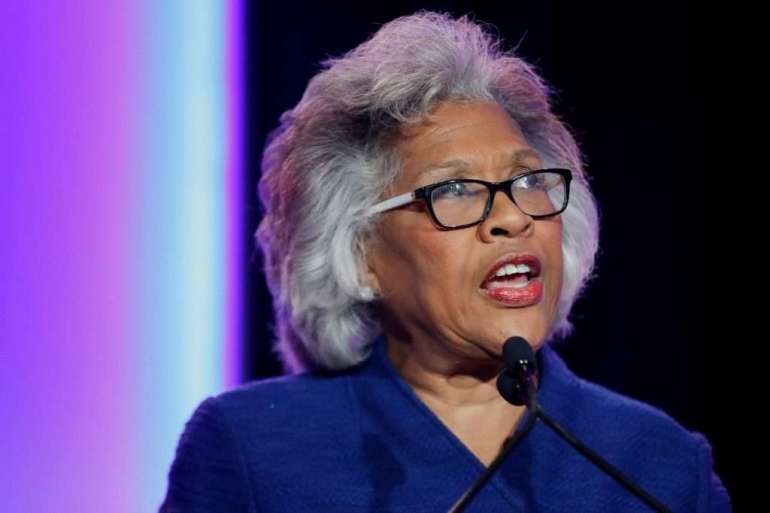 “It’s a strange situation in which we find ourselves right now,” Rep. Emanuel Cleaver (D-Mo.) said in an interview. “The CBC has its work cut out for it for this 117th Congress. Because our plate is full — in fact, so full, we’ve got things falling off the plate.”

The caucus now includes 58 members, its largest roster to date. Still, senior Democrats in the caucus say they expect to have to fight for their issues at a time when the party is already eyeing a massive itinerary for the next two years — all with limited floor time and the narrowest margins in both chambers.

“I expect it to be a challenging time for us. And we’re going to have to do battle for those issues that are very important,” said House Majority Whip Jim Clyburn (D-S.C.), whose endorsement of Biden was critical to his path to victory.

“I think that Joe Biden said it himself, ‘You’ve always had my back, and I’m gonna have yours,’” Clyburn said in an interview. “Well, that’s what the Black community wants. They want somebody in office who will have their backs.”

This time, the CBC is not just counting on its membership in Congress, but those who have become Biden allies. Rep. Marcia Fudge (D-Ohio) will helm the Biden administration’s response to the housing crisis as Housing and Urban Development Secretary. Meanwhile, former Rep. Cedric Richmond, a Democrat from Louisiana, has the president’s ear as White House director of the Office of Public Engagement.

“He’s a friend, we talk to him all the time,” Rep. Gregory Meeks (D-N.Y.), another senior CBC member, said of Richmond. “He’s one of us … so he knows who we are and what’s important to us.”

In addition, key players like Susan Rice, who is leading the White House Domestic Policy Council, will coordinate with the caucus on the White House’s racial equity policy agenda. Then there’s their most powerful ally: former CBC member-turned-Vice President Kamala Harris.

Several members said they’ve talked with Fudge, Richmond and Rice about issues they want prioritized over the next two years. Passing Biden’s $1.9 trillion stimulus bill topped their list of concerns. Next, they’re turning their attention to increased rental assistance, stronger affordable housing policies and a jobs package that includes aid for minority-owned businesses. The John Lewis Voting Rights Act, which restores some key protections for Black voters, is expected to be among the first non-pandemic priorities to reach the House floor.

“For the CBC, that’s number one. That’s everything,” Meeks said of the voting rights bill, adding that he compares the current set of challenges Black Americans face to those of Reconstruction because of the scale of the crises. “That is on the line here.”

The caucus plans to outline these asks in a “100 Days Plan” to be released in the coming days to coincide with Black History Month, CBC chair Joyce Beatty said. And they’re confident that their agenda has legs.

The CBC itself has grown in size — as well as stature — across the House Democratic Caucus, boasting some of the chamber’s most powerful members, including Clyburn and Democratic Caucus Chair Hakeem Jeffries (D-N.Y.). Issues that languished in a GOP-controlled Senate, like the CBC-led policing reform bill or even an anti-lynching bill, now have at least a path to becoming law.

That’s why Black Caucus leaders are angling for a level of independence with their policy goals, even as they’re putting their trust in their allies in the White House. Members are drafting their own proposals and building support across the Democratic caucus.

“While we have all of the confidence and the respect, we also have our own responsibility,” Beatty said in an interview. “As we will work with and follow [the White House’s] lead, we will also take our own lead.”

The urgency of the work, Beatty said, comes from the “three-headed pandemic” that many Black Americans are facing — public health, economic turmoil and racial justice.

“I don’t have to tell you what the last four years have been like,” Beatty said.

To that end, the CBC will create its own domestic policy council in a similar mold as the White House’s group. Within the council, there will be a dozen policy groups co-chaired by members to focus on the policies and reforms that the CBC aims to lead. Their top priorities mirror the crises they’ve stressed: healthcare, policing, voting rights, housing and job security.

Beatty said she sees the caucus’s policy groups as a way to “enhance” the Biden administration’s crisis response by focusing on Black communities. They’re working to ensure that Black seniors and essential workers are both educated about the vaccine and have access to it. Leaders are also experimenting with bringing people outside Congress and the White House into the room on policy conversations, including some movement leaders.

Much of the group’s focus in 2021 will be ensuring there’s racial equity in the Biden administration’s mass vaccination efforts.

“There’s a heck of a lot [to do]— we have to repair the damage of the last four years, but also make things better. We have to do everything at once,” said Rep. Barbara Lee (D-Calif.), a senior Democrat who spent much of the last year working to increase equity in health care, from Covid testing to vaccinations.

The CBC is seeing an infusion of energy, adding a half-dozen new members since the start of 2020, even as Democrats overall lost seats in the House last November. It’s also focusing on partnering with groups like the Congressional Hispanic Caucus or the Asian Pacific American Caucus — which have also been working closely with the Biden administration — to boost the clout of all three in the House.

“We believe that there’s a lot that we have to do, and yes, there’s tremendous opportunity. But there’s also a lot of challenges,” said Rep. Steven Horsford (D-Nev.), who is in regular touch with Richmond and Biden officials — including a meeting earlier in the week on the diversity of agency staff.

“Our margins are small, so we’re going to have to be very strategic about how we get things done,” he said.