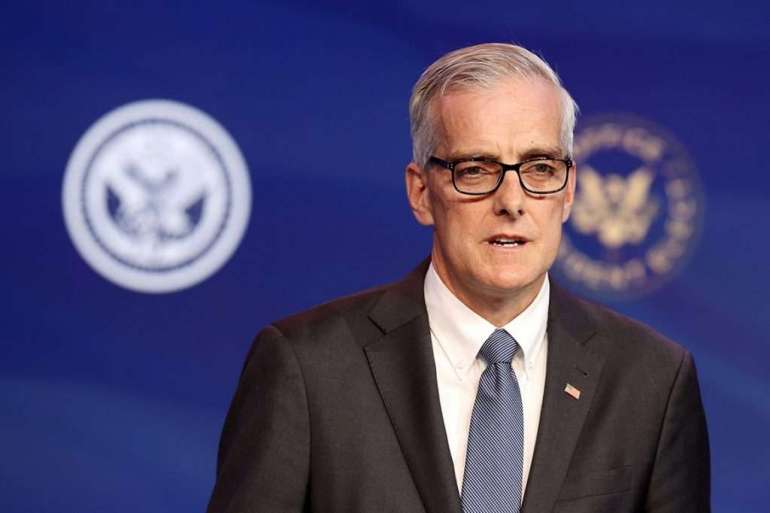 The Senate confirmed Denis McDonough as Veterans Affairs secretary by a vote of 87-7 on Monday. | Chip Somodevilla/Getty Images

WASHINGTON — The Senate has overwhelmingly voted to confirm President Joe Biden’s pick to oversee the Department of Veterans Affairs.

The Senate confirmed Denis McDonough as VA secretary by a vote of 87-7 on Monday. McDonough was President Barack Obama’s chief of staff.

McDonough will oversee a sprawling agency that has presented organizational challenges for both parties over the years. But he never served in the armed forces, a fact noted by leading veterans advocacy groups.