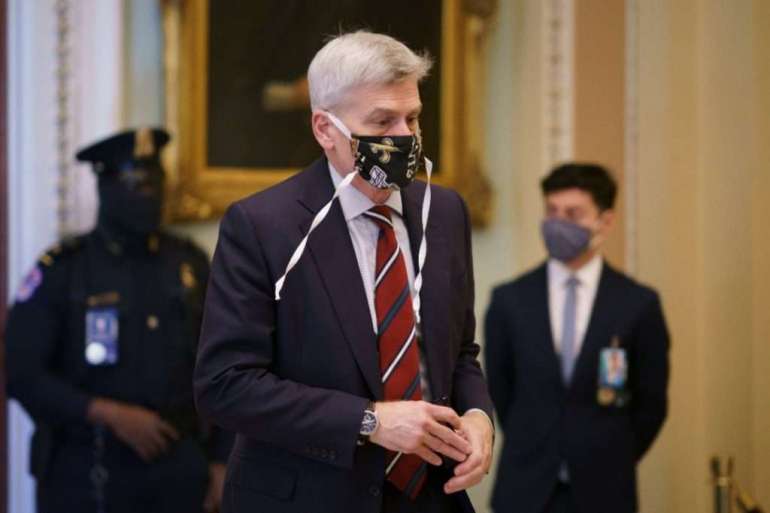 Cassidy (R-La.) was one of six Senate Republicans who voted with Democrats Tuesday to affirm the Senate’s authority to hold Trump’s impeachment trial for inciting an insurrection. Cassidy was lone GOP lawmaker to switch positions after previously voting that the Senate impeachment trial was not constitutional.

Cassidy defended his decision Tuesday, arguing that House impeachment managers made a better case than Trump’s defense, which he said did “a terrible job.” Trump’s attorneys, Bruce Castor and David Schoen, “didn’t talk about the issue at hand” and “had nothing,” Cassidy said.

“A sufficient amount of evidence of constitutionality exists for the Senate to proceed with the trial. This vote is not a prejudgment on the final vote to convict,” Cassidy wrote in a statement. “If anyone disagrees with my vote and would like an explanation, I ask them to listen to the arguments presented by the House Managers and former President Trump’s lawyers. The House managers had much stronger constitutional arguments. The president’s team did not.”

Trump himself was not pleased with his defense attorneys, who made weaving arguments at times.

With the Republican party in the midst of a conflict between Trump loyalists and those less eager to fully embrace the former president in the aftermath of his single term in office, several state parties have chastised lawmakers seen as insufficiently loyal to Trump.

Sasse responded the committee in a sharply-worded video.

“Politics isn’t about the weird worship of one dude,” Sasse said. “The party can purge Trump skeptics. But I’d like to convince you that not only is that civic cancer for the nation, it’s just terrible for our party.”