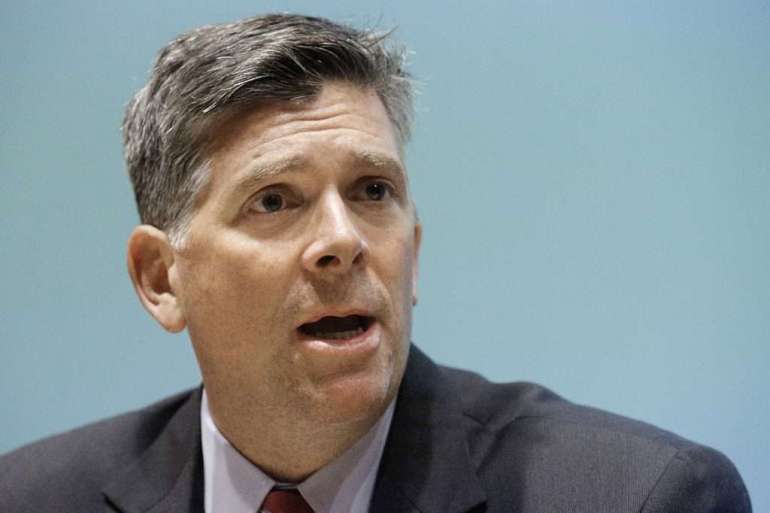 He added: “I look at our freshman class that just came in, and that diversity is what we have to build off.”

Reps. Liz Cheney (R-Wyo.), Adam Kinzinger (R-Ill.) and eight other House Republicans who broke with their party last month to support Trump’s second impeachment have faced rebukes from their own ranks and censure from state party officials. The GOP embrace of — or distance from — Trump has created a national schism for the party. But LaHood, who got Trump’s endorsement last fall but avoided criticizing his House colleagues, has compartmentalized that.

LaHood didn’t directly address the divide over Trump inside the party, but he acknowledged, “there’s a lot at stake.”

Republicans are just a handful of seats away from controlling the House, and when asked if the NRCC would fund reelection campaigns of the 10 Republicans who voted for impeachment, LaHood said “absolutely.”

He said House Minority Leader Kevin McCarthy and NRCC Chair Tom Emmer asked him to step into the role, “and I’m proud to be working with both of them and the rest of our team, including [Reps.] Liz Cheney and Steve Scalise.”

Still, LaHood said he has not talked to Kinzinger — who has started a PAC to combat Trumpism in the GOP and has regularly denounced the former president since the Jan. 6 assault on the U.S. Capitol — and largely avoided discussing his fellow Illinois Republican. The NRCC also has a longstanding policy of staying out of primaries and just backing whoever Republican voters choose for the general election.

“The NRCC’s stance has not changed,” committee spokesperson Michael McAdams said in a email. “We support our members in general elections and do not get involved in primaries. We look forward to building on last cycle’s successes and retaking the majority.”

Taking on the NRCC gig has another upside for LaHood, the son of President Barack Obama’s first transportation secretary, Ray LaHood, a Republican: He hasn’t ruled out a possible run for governor of Illinois.

But for now, he said, he’s focused on raising money for the GOP. The congressman is a skilled fundraiser, with more than $3.5 million in the bank — a considerable sum for a Republican in a deep blue state. He also hosted the NRCC’s 2019 spring dinner, the biggest annual fundraiser for the organization.

“The fact that we didn’t lose one incumbent [in 2020] is pretty incredible, and then to pick up all the seats that we did, so our job at the NRCC is to protect our incumbents, and the money we help raise will go to that,” LaHood said.

LaHood, a former federal prosecutor, considers Trump a friend. He served as a co-chair of Trump’s re-election bid and ran as a delegate for him.

Earlier this week, the NRCC issued a list of 47 House Democrats they hope to pick off next year.

Emmer says the goal will be to talk about what regular voters care about, such as reopening schools. He has dismissed Democrats’ strategy to link Republicans to the QAnon conspiracy theory and anything associated with the Capitol riots.

Midterm elections are historically a check on the party in power, and LaHood is banking that will “be good news for us.”