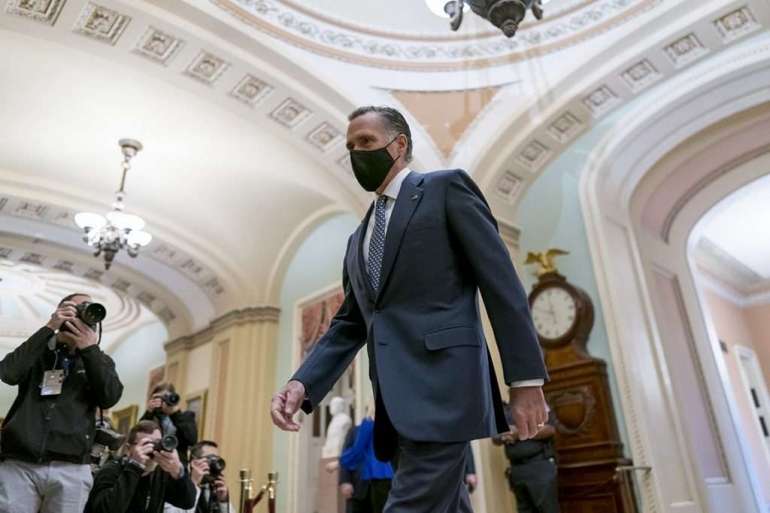 The House’s leading impeachment manager, Rep. Jamie Raskin (D-Md.), called for the testimony of Herrera Beutler Saturday morning, just as the trial appeared headed to a rapid close. Herrera Beutler on Friday night pleaded with former vice president Mike Pence and other Republicans with knowledge to come forward with their evidence about Trump’s conduct during the riots.

Though many Senate Democrats had indicated they didn’t believe witnesses are necessary to prove that Trump incited the deadly riots that overran the Capitol, they quickly embraced the House managers’ call. The reversal came amid new developments have hinted at startling details that could be unearthed if the Senate trial pauses and House impeachment managers are allowed to depose several witnesses.

And a handful of Senate Republicans weighing Trump’s conviction have indicated that these details could be decisive.

In particular, the group of Senate Republicans considering conviction want to know what Trump did while the violence overtook the Capitol. Trump’s defense team has argued that he was immediately “horrified” by what unfolded and took swift action to send aid to Congress. But that account conflicts with those of Trump’s closest allies and news reports citing his top aides. And the House prosecutors have underscored that Trump did virtually nothing to quell the riots as the violence mounted.

Then, on Wednesday night, Sen. Tommy Tuberville revealed to POLITICO that he had informed Trump a little after 2 p.m. on Jan. 6 that insurrectionists had forced the evacuation of Vice President Mike Pence from the Capitol. It was the first indication of precisely when Trump was told about the danger facing Pence — and it came just minutes before Trump, who had yet to issue any public comment on the widely televised violence, tweeted an attack on Pence for his refusal to unilaterally try to overturn the 2020 election results.

Pence has not spoken publicly about that day since the incident.

As the witness question loomed, Senate GOP Leader Mitch McConnell signaled to colleagues that he would be voting to acquit Trump, dashing longshot Democratic hopes for a big surprise from the longtime Trump ally.

Late Friday, a previously revealed anecdote took on new life when Herrera Beutler pleaded with Pence and others close to Trump to reveal what they know. Herrera Beutler, one of 10 House Republicans to vote for Trump’s impeachment, reiterated an account of a conversation that Trump had with House GOP Leader Kevin McCarthy while rioters ransacked the Capitol.

Herrera Beutler said that in McCarthy’s telling, he pleaded with Trump to call off his supporters. Trump initially responded by denying they were his backers and attributing the breach to left-wing extremists. McCarthy, per Herrera Beutler, rejected Trump’s claim, to which Trump purportedly responded “I guess these people are just more angry about the election and upset than you are.”

Although Herrera Beutler has been willing to reveal her account secondhand, it’s unclear if she’ll acquiesce to testifying without a subpoena or other legal compulsion. Senior GOP aides thought it would be more logical for the House to seek McCarthy’s testimony about the call with Trump. But some Democrats have raised concerns about McCarthy’s reliability as a witness, particularly after he rallied to Trump’s defense during the House impeachment process and has since met with him in Florida.

Both Tuberville and Herrera Beutler’s anecdotes have revived the witness debate, prompting one Senate Democrat — who just hours earlier on Friday said calling witnesses would be unnecessary — to suggest pausing the trial to depose McCarthy ad Tuberville.

“One way to clear it up? Suspend trial to depose McCarthy and Tuberville under oath and get facts,” said Sen. Sheldon Whitehouse (D-R.I.). “Ask Secret Service to produce for review comms back to White House re VP Pence safety during siege. What did Trump know, and when did he know it?”

On Saturday morning, Sen. Jeff Merkley (D-Ore.) endorsed Whitehouse’s call, saying his colleague “nailed it” in making the case for a trial pause.

While a handful of Democrats before the vote indicated they felt witnesses were unnecessary and might prolong the inevitable, others suggested Saturday morning that they’d like to hear from McCarthy, Tuberville or others. Sen. Ed Markey (D-Mass.) lent his name to the effort and Sen. Angus King (I-Maine) said he specifically wanted to hear from McCarthy.

On Saturday morning, Sen .Tim Kaine (D-Va.) described Trump’s Tuberville call as the “most shocking revelation from trial thus far.” Rather than confront the ensuing violence, Trump “asks Tuberville for help to delay—or stop—calling the election.”

Responding to these developments, a source close to the Trump legal team suggested that if Democrats pursued these witnesses, the trial would get “real ugly, real fast.”

“The first two witnesses that we would call would be Nancy Pelosi and Muriel Bowser. And they can explain why they rejected additional security and national guard help,” said the Trump team source.

Republicans like Sen. Bill Cassidy (R-La.) pressed Trump’s trial team about the Tuberville episode during a question-and-answer session on Friday, but they walked away unsatisfied with the response.

“A lot of us are curious about the situation with the vice president,” Sen. Lisa Murkowski (R-Alaska) said Saturday morning.

During the Clinton impeachment trial in 1999, the Senate recessed for a week while impeachment managers and attorneys deposed three witnesses. When the trial resumed, the parties had a single day to present new evidence before the trial moved to closing arguments.

As many as eight Senate Republicans have signaled openness to conviction with others remaining silent.