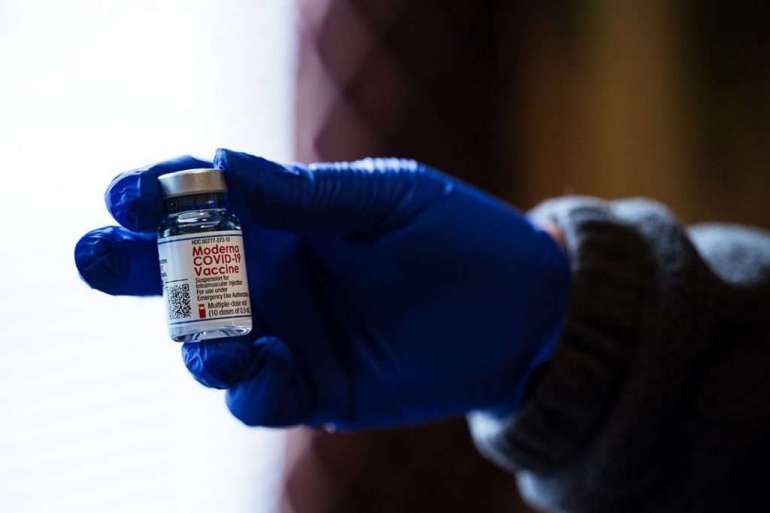 Coronavirus vaccination rates are rising as more doses gradually become available, and polls show the public growing more confident in the shots. But a steady force of anti-vaccination activists, who span both ends of the political spectrum, are churning out a disproportionate amount of misinformation that plays on people’s nagging fears about side effects or more lasting health consequences.

That online onslaught can quickly dominate social media conversations around vaccines, worrying experts about their power to influence people who don’t outright oppose vaccines but may have concerns about Covid-19 shots developed at lightning-fast speed.

“They’re very effectively able to deploy a brigade to flood the comments, or flood the hashtag making it look like the vast majority of public opinion feels a certain way,” said Renée DiResta, who leads disinformation research at the Stanford Internet Observatory. “It’s to create the perception that there are very large groups of people who distrust vaccines.”

Health care workers said it’s left to them to organize online defenses because social media platforms have failed to protect against sophisticated attacks by anti-vaccination activists, even as sites like Facebook and Twitter during the pandemic have adopted policies aimed at cracking down on harassment and public health misinformation. The companies are under pressure from lawmakers to do more during the health crisis.

The vaccine advocacy efforts have exposed doctors and nurses to cyberthreats and attacks on their reputations, including negative reviews on rating sites like Yelp. In some cases, they’ve taken the extraordinary step of scrubbing their phone numbers and addresses from the internet to avoid harassment.

Doctors and nurses are among the most trusted voices on vaccination, though some themselves have resisted getting vaccinated right away. They’re taking pains to reach out to communities of color, who’ve been hit disproportionately harder by the virus and are more hesitant to get vaccinated. They said they see themselves filling an important information void as a large-scale federal messaging campaign that President Joe Biden has promised to encourage vaccinations remains mostly on hold due to limited supplies.

Their organizing efforts are a new twist in the long-running online battle over harmful health misinformation.

One group, Shots Heard Round The World, has 900 vetted global volunteers — including many doctors — who it taps to post supportive messages when vaccine advocates’ posts are targeted, said co-founder Todd Wolynn. Health care workers can report anti-vaccine activity through a link on the group’s homepage, which is monitored at all hours.

The group, part of a nonprofit that’s helping Kaiser Permanente and other health systems encourage Covid-19 shots, has shared a detailed playbook for handling anti-vaccination activists that it’s developed after years of promoting vaccines for HPV, flu and diseases. Among their top guidelines for someone facing an online attack: Don’t engage with the trolls.

The core group of doctors who thought up the #ThisIsOurShot campaign has maintained a 100-member Slack channel and weekly Zoom calls where they share intel about posts targeted by anti-vaccine forces. The group, which began as a grassroots social media campaign among members of the California Medical Association, has hired a full-time staffer to raise awareness.

DiResta of the Stanford research center has been helping the campaign monitor its reach, down to the number of likes and shares on each post. Her group also alerts organizers of attempts to hijack pro-vaccine hashtags to elevate their disinformation.

No major safety concerns have emerged with the coronavirus vaccines in the nearly two months since shots from Pfizer-BioNTech and Moderna were authorized in the United States. About 50 million doses of either two-shot vaccine have been administered so far, according to federal data.

Anti-vaccination activists have distorted news reports to make the vaccines appear unsafe. For instance, they were responsible for a widely circulated false claim that a nurse who fainted on TV after receiving the vaccine later died.

DiResta said it’s a commonly used tactic for discrediting images of safe vaccinations. “Sure, you see this image now, but you don’t see what happens after,” she said.

Social media companies throughout the pandemic have taken steps to scrub Covid-19 disinformation. Facebook said it was expanding the type of false Covid-19 and vaccine claims it would proactively remove, including those declaring “vaccines are toxic, dangerous or cause autism.” That announcement came shortly after a vaccine protest organized on Facebook temporarily disrupted a mass vaccination site at Dodger Stadium in Los Angeles.

Facebook spokesperson Dani Lever noted the company allows users to block others and moderate comments, including by restricting what certain users can view and post. “We encourage people to report bullying on our platform, so we can review the content and take action,” Lever said.

A spokesperson for Twitter said the company continues to address “misleading COVID claims” and prioritizes “the removal of content when it has a clear call to action that could potentially cause real-world harm.” A spokesperson for TikTok did not respond to requests for comment.

Despite those efforts, health care workers said they’re still being harassed on those platforms.

Vicki Chan, an ophthalmologist who does contract work at Kaiser Permanente, said her #ThisIsOurShot posts on TikTok, where she has nearly 270,000 followers, sometimes attract racist comments blaming Chinese people for the virus. She said she usually blocks those accounts or brushes them off, and that it’s important for her to keep posting.

“If I can answer just one person’s question, and get them to trust us, and trust in the vaccine, I think that’s huge, because that one person has influence over their friends and family,” she said.