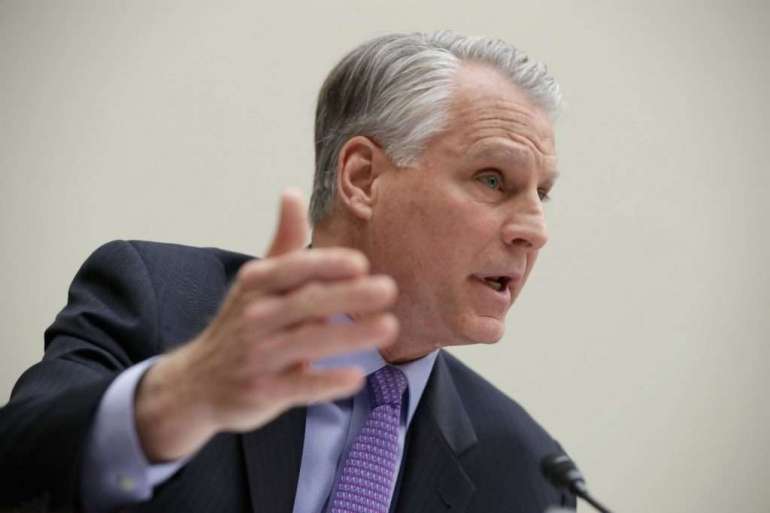 “The fact that we’re now even more polarized and toxic and partisan than we were when we created the 9/11 commission is true,” said Tim Roemer, who served as one of the panel’s five Democratic members.

The idea that “we can have people work together, accomplish the goals and make forward recommendations to heal the country and strengthen the country is even more important in many ways,” Roemer added, “given the depth of the division and the poisonous toxicity that exists today.”

Roemer is one of several 9/11 Commission veterans in touch with the speaker as she adapts the framework for last month’s insurrection. Former New Jersey Gov. Tom Kean, a Republican appointed by George W. Bush to chair the commission, along with co-chair Lee Hamilton, a former Democratic congressman, are also advising her.

Pelosi has described the forthcoming proposal as a way to “get to the truth” of what happened on Jan. 6, and she is conferring with fellow senior Democrats on the proposal before seeking GOP input, according to multiple Democratic aides. While she steered Democrats to a lightning-quick second Trump impeachment last month, calling a vote one week after the insurrection, Pelosi insisted that the proposed commission “has nothing to do with President Trump.”

“It’s about the security. How did this happen? Where do we go from here?” she told reporters Friday. Among the issues the commission would probe, Pelosi added, are “white supremacy,” anti-Semitism and other factors identified as driving domestic extremism of the type on view at the insurrection.

The final commission legislation is expected to closely mirror the structure of the 9/11 Commission — a bipartisan 10-member panel given wide latitude and independence to pursue its investigation. But even as Democrats insist that they want the legislation to have strong bipartisan backing, multiple Republicans have privately complained they haven’t even been included in the drafting process.

He’s not king yet, but Crown Prince Muhammed bin Salman is the leader of Saudi Arabia in all but name. He’s also one of the biggest thorns in the side of Biden’s Middle East policy plans.

Some in the GOP have already endorsed the idea of a 9/11-style commission to independently probe the violent riot that broke out as Congress met to certify President Joe Biden’s victory in November. Rep. Rodney Davis (R-Ill.) has proposed his own legislation on the topic alongside Reps. John Katko (R-N.Y.) and James Comer (R-Ky.). A Davis spokesperson said he has not yet seen what Pelosi plans to introduce.

Democrats say that’s because they want to reach a final agreement among themselves before taking the proposal to Republican leaders. Pelosi is still working with her committee chairs and Senate Majority Leader Chuck Schumer to hammer out the final details.

Schumer “100 percent” supports an independent commission to investigate events surrounding the Jan. 6 insurrection “and looks forward to it being approved by both chambers with overwhelming bipartisan support,” spokesperson Justin Goodman confirmed in a statement Tuesday.

Members of the 9/11 Commission urged Democrats to carefully define the scope of their proposed Jan. 6 panel. Legislation establishing its mission, they said, should exclude extraneous issues but focus on painting the most comprehensive picture possible of who and what fueled the insurrection, including the funding of its participants, and who botched the security response.

“During the course of [the 9/11] investigation, we asked the staff again and again to tell us what the mandate was,” Hamilton said. “The mandate governs the process, and it has to be very carefully worked out.”

The commission must also have subpoena power and adequate resources, they say. Kean also told POLITICO that the 9/11 Commission became a clearinghouse of sorts to debunk conspiracy theories about the event — suggesting that any 1/6 commission could fulfill a similar purpose.

“This is a time when rumors spread, when falsehoods abound,” he said. “It’s hard for people to understand what’s true and not true.”

But the most important decision of all can’t be written into the legislative text: the appointment of commissioners, whose selection is likely to be divided among the White House and congressional leadership. White House press secretary Jen Psaki on Tuesday indicated support for the establishment of a commission and vowed Biden’s administration would aid the effort if it passes.

Appointees and staff for any commission on the insurrection must have credibility on both sides of the aisle, 9/11 Commission members said, warning that anything less risked dooming the commission to failure. Appointees to the 9/11 panel, chosen by then-President Bush as well as by the Republican and Democratic leaders of the House and Senate, then hired a staff to do its day-to-day work.

“Anybody who’d been active in the recent political campaigns” was ruled out, Kean said of the staffing process. “I think we got 10 recommendations for counsel, and on tracking them down they had all been very partisan. So we picked the eleventh.”

Commissioners faced skeptics at the time, and they were quick to recall pretty intense partisanship in those days too, despite rosy recollections of a previous era. The disputed Bush-Gore election of 2000 was still fresh, conspiracy theories about the 9/11 attacks had proliferated and partisan distrust — perhaps a quainter version of it — was on the rise on Capitol Hill.

“The Washington chattering class doomed the 9/11 Commission to certain failure, predicting that we would end up in a partisan food fight,” said attorney Richard Ben-Veniste, another one of the 9/11 commission’s Democrats. “The reality was that … the individuals who were selected were able to put aside their partisan impulses for the purpose of the greater good.”

That’s one reason former commissioners said it’s important that any new effort include voices from outside Washington who have track records that would lend themselves toward cooperation — whether it’s former governors, attorneys general or mayors — as well as ex-lawmakers.

Kean, who spent his youth in and out of the Capitol as the son and grandson of members of Congress, said it’s still impossible to compare the bloodshed and shock of 9/11 with Jan. 6. But, he added, it was “shattering” in a different way to see the symbol of American democracy sullied by the violent riots.

“You go into that building with awe and a sense of reverence,” Kean said of the Capitol. “This was a psychological shock to the country.”

Former 9/11 Commission members also recalled that outside activism from the families of 9/11 victims was an important force, both in shaping the commission itself and ensuring it stayed on track. Roemer said they helped muscle legislation creating the commission — a proposal from him and the late Sen. John McCain (R-Ariz.) at the time — through Congress, despite some initial concerns from the Bush administration about what a probe might turn up.

A similar outside push to create an insurrection commission from ideologically diverse groups will be crucial to create “moral suasion” this time as well, Roemer said.

Trump’s presence is only one of many challenges that could bedevil any efforts to generate bipartisan agreement on a commission. Another is lingering distrust among lawmakers themselves: Democrats have accused some of their GOP colleagues of leading suspicious tours through the Capitol on Jan. 5, raising the specter of inside help for the rioters. Pelosi has stood up magnetometers in response to concerns that some members were entering the House floor armed.

Republicans, meanwhile, have begun to suggest that Pelosi herself has questions to answer about decisions about Capitol security on the eve of the riots. Davis and Comer, joined by Reps. Devin Nunes of California and Jim Jordan of Ohio, have said they want Pelosi to preserve her own office’s records on the subject.

But overlaying everything is Trump’s own uncertain political future. The former president basked in his impeachment trial acquittal — even though the 57 senators voting to convict him marked the most bipartisan impeachment trial in U.S. history — and has promised to mount a political comeback. And Trump has proven dedicated to stymieing investigations into his conduct.

Trump aides did not respond to a request for comment on the panel.

CORRECTION: An earlier version of this article misstated the party affiliation for Reps. John Katko and James Comer.