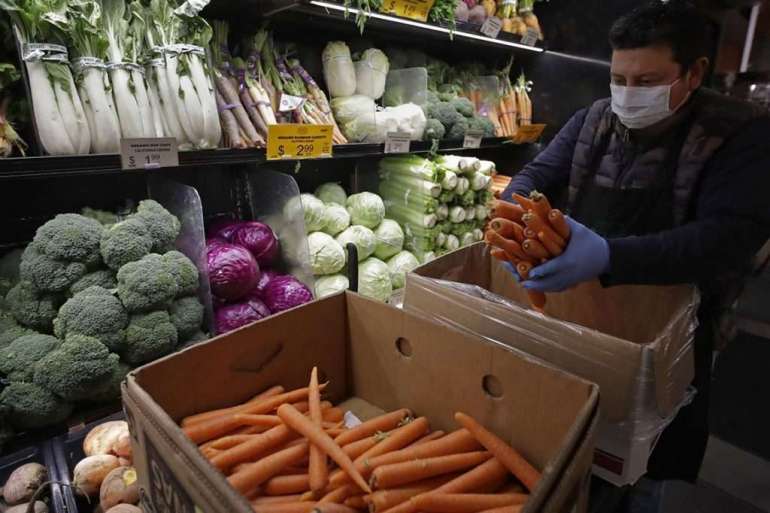 The deliberations echo debates from last summer about the scope and scale of the federal response — but this time with U.S. Covid deaths approaching half a million and new highly contagious strains of the virus starting to proliferate.

“You don’t want someone saying, ‘I have a sore throat and cough, but I have to go to work because otherwise I can’t pay the rent or put food on the table.’ That’s how you get a spreader event,” said Sen. Angus King (I-Maine) — part of a group of senators who tried to broker a bipartisan deal last month.

Beyond sick leave, Democrats are pushing provisions to have the federal government cover 85 percent of the cost of private health insurance for workers laid off during the pandemic and impose a moratorium on utility shutoffs for those who can’t pay their bills. They would also raise the hourly federal minimum wage to $15.

Public health experts say dropping those measures will worsen disease spread. One study in Health Affairs found that states without guaranteed sick leave saw 400 fewer Covid cases a day after Congress temporarily mandated it in as part of a pandemic relief bill last year. A separate study by University of Chicago researchers found that people who hadn’t received federal stimulus checks were likelier to flout social distancing rules out of economic necessity.

“When people risk losing their incomes or jobs if they stay home for multiple weeks, there is very little incentive for them to take the public health actions that are necessary. In fact, there’s a strong disincentive,” said Crystal Watson, a senior scholar at Johns Hopkins’ Center for Health Security.

The bill’s price tag and the inclusion of what some view as purely economic provisions have prompted anxiety within both parties — despite widespread support for the package’s tens of billions of dollars in additional spending to boost Covid testing, contact tracing and vaccinations.

Republicans accuse Democrats of using the pandemic as a convenient vehicle to push through policies they wanted long before Covid-19.

“I’ve always been a believer of sticking to the subject,” said Rep. Morgan Griffith (R-Va.). “Everyone wants to throw their pet project into the mix, but let’s not go out and solve every issue the U.S. has.”

Many Republicans argue the economic aid pieces of the package are not only extraneous but could actually undercut a recovery.

“This is a contagious disease. This is a pandemic. But at the same time, we can’t provide incentives to stay home instead work. That’s very destructive,” said a senior GOP House aid.

Yet from the early days of the pandemic, public health experts have urged the government to create programs that give people the means to miss work after getting sick or exposed, or just while they’re waiting for a test result — noting that workplaces have been one of the top breeding grounds of Covid-19. They’ve also pointed to disparities in who can work from home or take paid leave when sick as a major driver of disparities in infections and deaths in communities of color.

Many hourly jobs that can’t be done from home also lack paid sick leave and don’t offer the ability to maintain a safe distance from fellow workers. And while contact tracing data has been patchy and limited, those states that have managed to trace the location of outbreaks have found that such workplaces have become superspreader sites. The most recent data from Louisiana, for example, shows the state’s largest outbreaks have happened in food processing and other industrial settings.

One study by University of Chicago and UCSD researchers published in the Journal of Economic Behavior and Organization in December found that economic conditions had a major effect on Americans’ willingness to comply with pandemic stay-at-home orders.

Analyzing cell phone mobility data, household incomes and electronic banking records, the study found that receiving federal aid significantly increased social distancing during some of the worst months of the pandemic last year. For every additional dollar per capita a county received, movement temporarily declined by over 1 percent.

“People in counties where most had received stimulus checks traveled less than people in counties where most checks had not yet arrived,” the researchers found. “Targeted economic relief such as direct stimulus transfers and increased unemployment benefits may have limited potential spread of Covid-19 among economically disadvantaged populations.”

A Health Affairs study published in October found that an emergency paid sick leave provision Congress enacted in March of last year — which expired at the end of 2020 — also had a significant impact on limiting the spread of the virus. The study’s authors said it’s no accident that the U.S. is one of few developed nations in the world that doesn’t guarantee paid sick leave at the federal level and has led the world in Covid cases and deaths.

Progressives, bracing for a fight over more generous aid for the working class during House debates next week, argue the provisions are integral to the fight against Covid-19 and are threatening to tank the relief package if they get stripped out in the final negotiations.

Progressives argue they’ve compromised enough on the bill already, pointing to pieces that have already been slimmed down.

Democrats who for months had called for a continuation of the $600 per week boost to unemployment benefits settled for $400 per week. They also originally pushed for the federal government to cover all of the health insurance premiums of laid off workers so they could stay on their same plans. And while Congress last year mandated paid sick leave for workers at companies that had more than 50 employees but fewer than 500, the bill they passed in December only extended tax credits for businesses to fund such leave, without a mandate to do so.

“If we’re not actually telling employers to offer this leave, then people will continue to face a choice between their health and their livelihood,” warned Watson of Johns Hopkins.

But there’s a real chance the bill will get stripped down further.

Though the House version of the bill includes a $15 minimum wage, Biden’s White House has signaled it’s unwilling to push it through the Senate, where it faces bipartisan opposition. Paid sick leave for workers might also get punted to a future bill, and the prospects for a federal moratorium on utility shutoffs remains unclear.

Ahead of next week’s House vote on the package, Senate committee leaders are working with their House counterparts to align their versions of the bill as much as possible to avoid weeks of back-and-forth in a conference committee. But complications are almost certain, with some centrist Democrats opposed to costly economic provisions. Moreover, some pieces may be ruled out of order by the parliamentarian and unable to pass through the filibuster-proof budget reconciliation process.

The Biden administration and Democratic lawmakers continue to argue the health and economic pieces are intertwined and that the failure to stamp out the virus will cost far more in the long run than federal aid programs.

“The part everyone agrees on is the vaccine and testing piece, and clearly that’s going to happen no matter what,” King said. “But the economic pieces are important as well. I’m serious about ending the deficit, but if we don’t do enough and the economy goes into a tailspin, and the recession goes on six months longer, the drop in revenue will be worse.”