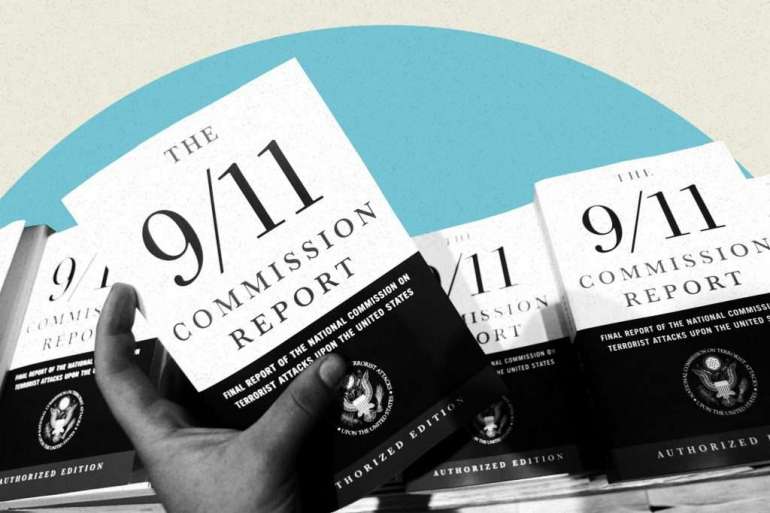 “Most commissions don’t succeed,” he warns. “Most of them fail, and their recommendations are not passed or considered—they go up to sit on the top shelf of a bureaucrat’s dusty office, ignored into eternity.”

The 9/11 Commission stood apart, he says, because of its culture of bipartisanship, respect and clear-eyed approach to the facts at hand. It convened at a moment Congress shared a strong sense of purpose to fight the external threat—an atmosphere “conducive to exchange and debate, not sound bites and tweets.”

Today, things are different: The attack is already seen through partisan filters, and any new commission would be meeting in a Washington where disruption itself is a political brand. “If any one of these people appointed to the 9/11 Commission were bomb throwers or people who just wanted to disrupt the process, that by itself could easily have derailed the entire process,” says Roemer. “It only takes one member to do that.”

For all that, Roemer absolutely believes a new commission is necessary—and in the long run, could be more important than the one he sat on, perhaps “the most important commission ever.” He suggests a broad scope, looking not only at the January 6 attacks, but “how we try to ensure the peaceful transfer of power, what do we do to make sure that conspiracy theories and lies don’t permeate our democratic system of information getting to people, and how we take bipartisan steps forward to strengthen our democratic institutions.”

What can a 1/6 Commission learn from the 9/11 Commission? Is it possible to have a broadly accepted bipartisan consensus about the facts of the case? And can political allies of President Donald Trump be relied upon to participate in good faith?

To sort through it all, POLITICO Magazine spoke with Roemer this week. A condensed transcript of that conversation follows, edited for length and clarity.

Before serving on the 9/11 Commission, you were a member of the House for 12 years. You know the Capitol well. What was your reaction when you saw the insurrection last month?

In my public service journey, I’ve had three searing events that scorched my soul.

The first was as a fifth-grader: After having stayed up all night to cheer on my hero, Bobby Kennedy, in the California [1968 presidential] primary, my parents woke me up the next morning to tell me that he had been assassinated.

Second, was as a member of Congress: I was on Capitol Hill in a meeting with several members—including Nancy Pelosi—talking about a leadership race when the first plane went into the [World Trade Center], and we eventually had to scatter out of our office buildings into the streets, where our cellphones didn’t work; we later learned that the Capitol was a target.

The third was January 6. I was riveted to the TV, watching insurrectionists and terrorists ravage our citadel of democracy and threaten custodians, staff members, members of the House and Senate, as well as the vice president of United States—threaten to assassinate them. This was Americans attacking our own family.

That’s a big difference: The insurrection was an attack by Americans—one inherently tied up in partisan politics—and there isn’t anything similar to the post-9/11 sense of bipartisan unity. Do you think that changes the way that a 9/11 Commission-style investigation into the insurrection would work? How should it approach its mission?

There are many similarities between 9/11 and the January 6 domestic terrorist attack on the United States. There are myriad differences as well, and it’s vital to distinguish between the two.

One of the similarities is that both were extremely violent, in some ways unexpected, planned physical attacks on our government institutions. On 9/11, it was Wall Street, the Pentagon and the U.S. Capitol, though [United Flight 93] was brought down by brave patriots in Shanksville, Pennsylvania, before it could hit its target in Washington; January 6 targeted the Capitol. The number of law enforcement casualties on 9/11 was one of the highest in our country’s history; January 6 caused horrific and catastrophic damage to our law enforcement community.

This question about a January 6 commission’s remit and mission is an essential one, and something I’ve tried to express to the Speaker [Nancy Pelosi], the speaker’s staff and people interested in this [commission] legislation: We need to get to the bottom of the events of January 6. How was it planned? How was it carried out? Why did intelligence miss it, or why wasn’t intelligence reported? What did law enforcement miss? Was there a role—and what was the role of President Donald Trump or members of Congress? What were the roles of social media, of disinformation campaigns and conspiracy theories leading up to it, planning it, sharing it and inspiring people to be involved?