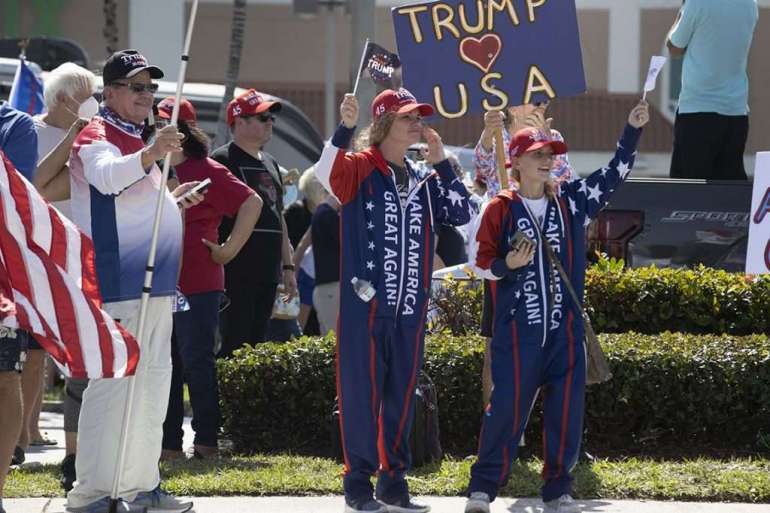 According to three people familiar with the planning, Trump will soon begin vetting candidates at Mar-a-Lago who are eager to fulfill his promise to exact vengeance upon incumbent Republicans who’ve scorned him, and to ensure every open GOP seat in the 2022 midterms has a MAGA-approved contender vying for it.

Trump already has received dozens of requests from prospective candidates seeking to introduce themselves and nab his endorsement, and formal meetings with them could begin as early as March. Now that Trump has survived his second Senate impeachment trial, he has shifted his focus to post-presidential activism — a venture mostly bankrolled by his new leadership PAC, Save America, which had $31 million in its coffers at the start of this month.

Earlier this week, Trump met with his former campaign manager Brad Parscale to discuss online fundraising components to support his efforts and how he can utilize social media despite his ban from popular websites like Twitter. Trump also met with House Minority Whip Steve Scalise (R-La.), and his eldest son Don Jr. earlier this week.

And on Saturday, Trump is expected to make an appearance at a fundraising dinner for Sen. Mike Lee (R-Utah) at Mar-a-Lago with guests including MAGA firebrands Rep. Matt Gaetz (R-Fla.) and Rep. Lauren Boebert (R-Colo.) according to an invitation.

“We are in the process of putting together a more formal schedule for candidates who want to come get his endorsement,” said senior Trump adviser Jason Miller, noting that Trump’s meetings so far have been limited to golf friends, Mar-a-Lago members and “folks with the ability to contact him themselves.”

The planning for Trump’s coming revenge tour comes as other top Republicans try to cajole him into working with the party’s apparatus ahead of next year’s midterm elections, rather than recruiting rival candidates whose bids could complicate primaries and cost the GOP critical seats. Sen. Lindsey Graham (R-S.C.) is expected to meet with Trump over the weekend to discuss his upcoming plans, including the former president’s desire to push for voter reforms at a time when the topic of election integrity has created a major split among elected Republicans.

Others in Trump’s orbit have encouraged him to wait and see if Republicans who’ve crossed him and are up for reelection next fall, such as Govs. Mike DeWine of Ohio and Brian Kemp of Georgia, attempt a peace offering before he launches a serious search for possible primary challengers.

“I’m more worried about 2022 than I’ve ever been. I don’t want to eat our own,” Graham told Fox News on the heels of a blistering statement Trump released this week accusing Senate Minority Leader Mitch McConnell (R-Ky.) of jeopardizing GOP candidates with his “lack of political insight, wisdom, skill, and personality.”

In the statement, Trump vowed to recruit insurgent candidates “who espouse Making America Great Again and our policy of America first” wherever he feels such challenges are necessary. The former president has already set his sights on ousting Reps. Liz Cheney of Wyoming, the No. 3 House Republican, and Fred Upton of Michigan, if he forgoes retirement. Both Cheney and Upton voted to impeach Trump following the Jan. 6 riot at the U.S. Capitol. Rep. Peter Meijer, a second Michigan congressman who voted for impeachment, already faces a primary challenger from an Afghanistan veteran and self-declared Trump supporter.

Whether Graham can make a team player of the bitter ex-president largely depends on who else Trump is in contact with, and how often. He still speaks weekly with his former chief of staff Mark Meadows and continues to seek counsel from a host of former aides and political confidants whose appetites for revenge and disdain for the political establishment mirror his own. Recently, Trump hosted former Florida Attorney General Pam Bondi, and ex-campaign advisers Corey Lewandowski and Dave Bossie for dinner, all of whom remain influential fixtures within the MAGA movement.

“If you’re Trump, you don’t gotta play nice with these people anymore. You don’t have to do the whole fake political thing where you pretend to like people you don’t actually like,” said a person close to the president, suggesting that Trump is unlikely to seek feedback from Republicans who disagree with his approach.

Some rank-and-file Republicans have encouraged the party’s leaders to tread carefully as they attempt to distance the party from Trump while he remains exceedingly popular among GOP voters. A POLITICO/Morning Consult poll conducted after Trump’s acquittal in the Senate found that nearly six in 10 Republican voters want him to maintain a powerful role in the party moving forward.

“A Republican Party that seeks to erase President Trump and fails to understand his appeal to working class voters is destined to lose elections in 2022, 2024 and beyond,” Rep. Jim Banks (R-Ind.), chair of the conservative Republican Study Committee, tweeted on Wednesday.

So far, Trump’s backing has gone to two of his most loyal allies, Arizona Republican Party Chair Kelli Ward, who received a recorded endorsement for her re-election bid, and former White House press secretary Sarah Huckabee Sanders, a candidate for Arkansas governor who was given a glowing stamp of approval via his Save America PAC. Since then, he has used the political arm to bash McConnell, share a polling memo touting his popularity, and provide a readout of his recent meeting with House Minority Leader Kevin McCarthy.

He has refrained from endorsing other Trumpian candidates who have already entered races, waiting instead to roll out a series of endorsements later this spring and summer, according to a person familiar with the timeline.

In the meantime, Trump has appeared to enjoy transitioning into his post-presidency life. He has revelled in the news splash his rare statements have made, according to aides, but is otherwise spending his days like many of his wealthy Palm Beach peers: catching up on the news, making calls, taking leisurely meals and hitting the golf course with friends.

“He’s really doing what all the other guys his age with that kind of net worth do,” said one Florida Republican operative close to the Trump family. But then, the person noted, Trump was spotted on his golf course Wednesday with Kid Rock.