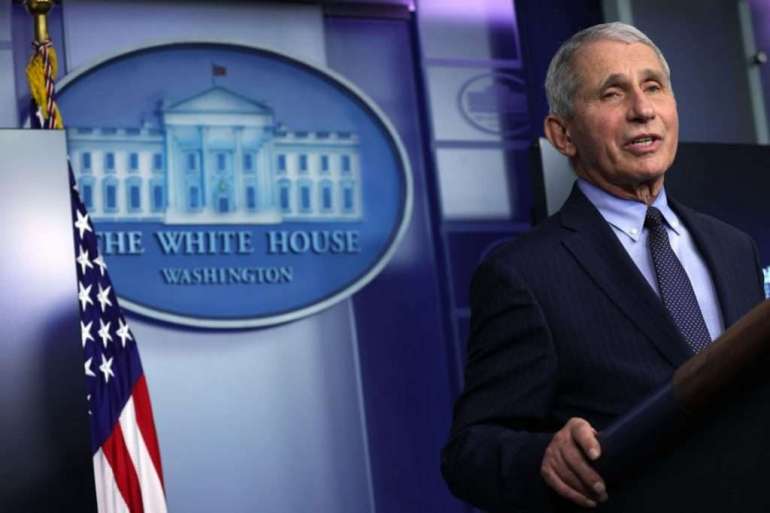 “It really is a terrible situation that we’ve been through and that we’re still going through, and that’s the reason why we keep insisting to continue with the public health measures, because we don’t want this to get much worse than it already is,” said Fauci, who heads the National Institute of Allergy and Infectious Diseases and who serves as President Joe Biden’s chief medical adviser.

But, he cautioned, “We are still at a level that’s very high. What I don’t … want to see is when you look at that slope, to come down and to say, ‘Wow, we’re out of the woods now. We’re in good shape.’ We’re not, because the baseline of daily infections is still very, very high.”

Fauci confirmed Biden’s assertion earlier in the week that the U.S. will secure 600 million vaccine doses — enough to vaccinate 300 million Americans — by the end of the summer.

“By July, we will have in hand enough vaccine to be able to vaccinate virtually anybody and everybody,” he told host Chris Wallace on “Fox News Sunday.” And “it is very likely that before then we are going to start vaccinating people who are outside the priority groups and essentially represent anyone and everyone.”

He said the federal government is already seeking out ways to protect against new strains of Covid-19 like that emerging in South Africa, which vaccines like Pfizer and Moderna may be less effective against.

“If in fact this becomes more dominant, we may have to get a version of the vaccine that is directed specifically against the South African isolate,” Fauci said. “In fact, we are already doing preliminary and early experiments to develop such a variant of the vaccine to address that particular mutation.”

Though winter storms in Texas and elsewhere have delayed the vaccine rollout somewhat, it will be back on track “by the middle of the week,” Fauci said.

Fauci also said it was impossible to know at this point just how quickly American life will return to normal. Depending on the rate of vaccination and the rate of infection, “it is possible” Americans will be wearing masks in 2022, Fauci told Bash. “It depends on the level, the dynamics of virus that are in the community.”

“If normality means exactly the way things were before we had this happen to us, I mean, I can’t predict that,” he said. “But obviously I think we’re going to have a significant degree of normality beyond … the terrible burden that all of us have been through over the last year.”

“As we get into the fall and the winter by the end of the year … we will be approaching a degree of normality. It may or may not be precisely the way it was in November of 2019, but it will be much much better than what we are doing right now.”