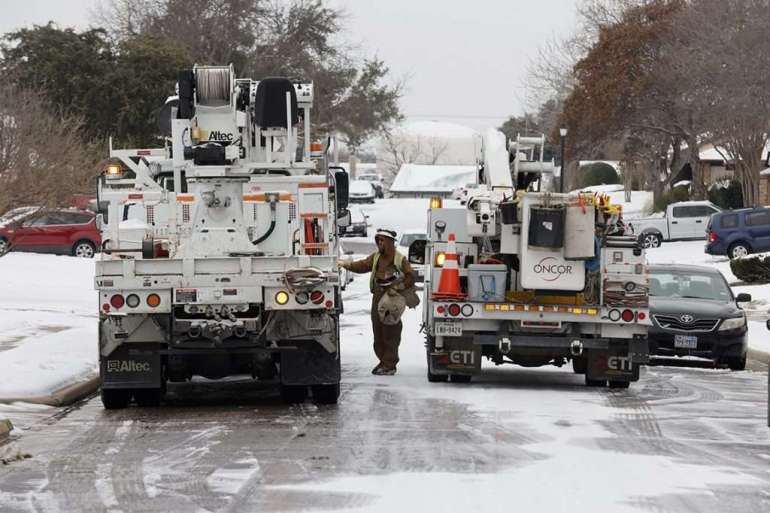 Power-sharing, McCaul acknowledged, “would [also] have been helpful. We could have shared with other power grids.”

He described a 2011 report from the state’s Legislature that contained recommendations “as to how to winterize our operations,” which was never properly implemented. “That’s what we’re going to be taking a look at moving forward,” he said, “so this never happens again.”

“The difference between Texas and, say, the Northeast, is we’re not prepared for this,” McCaul went on. “We’re not used to this type of weather.” The grid “was not winterized for subzero-degree temperatures.”

“All of what happened this past week was foreseeable and preventable,” Houston Mayor Sylvester Turner, who served in the state Legislature in 2011 and introduced a bill that would have winterized the grid, said on CBS News’ “Face the Nation” on Sunday.

Adding insult to injury, many residents also received historically high energy bills as a result of the extreme weather — which McCaul said federal funds will help reimburse customers for.

An emergency disaster declaration by President Joe Biden “brings in federal assistance from the federal government, and that’s what Texans need right now so desperately,” McCaul said. “The current plans with the federal assistance is to be able to help homeowners” not only repair their homes, but pay “their electricity bills as well.”

Asked if the idea of using federal funds to pay for fallout from the failure of a state-run grid was “kind of rich,” McCaul deflected.

“Here’s the deal, is that [it happened] because we’re not winterized,” he said. “We need to strongly move forward and make the investment that they failed to do in the past” by implementing the recommendations of the 2011 report.

Climate change, McCaul said, “is real.” The question “is how to deal with it.”

He called for “a Manhattan-type project to deal with clean energy,” referring to the Manhattan Project, by which the United States developed the atomic bomb in World War II.

Asked about the optics of Democrats, in some instances, doing more than Republicans to help the GOP-controlled state, McCaul was complimentary.

“It’s great that they’re crossing party lines to help Americans first and not just Republicans and Democrats,” McCaul said of efforts by former Texas Rep. Beto O’Rourke and Rep. Alexandria Ocasio-Cortez (D-N.Y.) to aid Texans affected by the storm. “That’s the way it really should be.”

“When a crisis hits my state, I’m there. I’m not going to go on some vacation,” McCaul went on. The decision by Sen. Ted Cruz (R-Texas) to fly to Mexico for a spontaneous vacation mid-week “was a big mistake.”