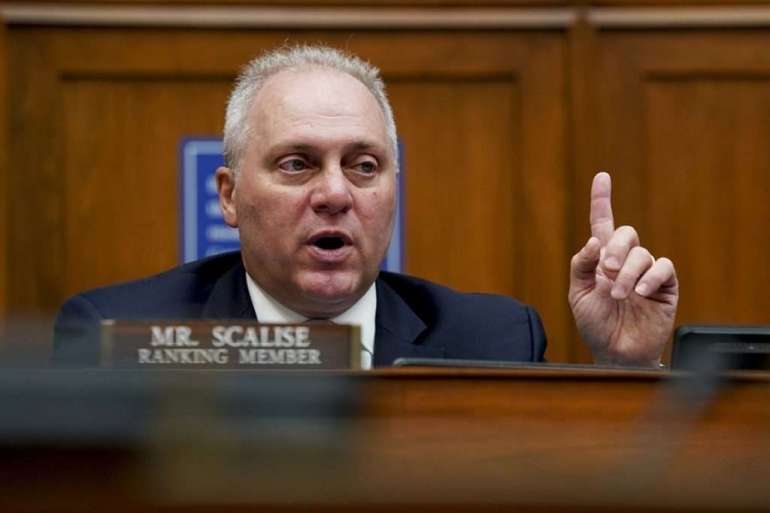 “President Trump has denounced what happened, and I think everyone should have been unequivocal in their denouncing of what happened, not only on Jan. 6 but during the summer when they were burning down cities,” Scalise said.

“You saw the left denouncing Jan. 6, as we did. They didn’t denounce what happened during the summer,” he alleged. “So let’s be across the board and say anybody who resorts to violence to settle political disputes, there’s no place for that in America and it should be disputed unequivocally.”

Scalise’s claims came in response to questioning from host Jon Karl about the Republican whip’s visit this weekend with Trump at his Mar-a-Lago resort. Karl asked whether Scalise accepted Joe Biden’s victory in the 2020 election as legitimate. The former president repeatedly questioned the legitimacy of the election, claiming without evidence that there was widespread fraud that led to his defeat.

“Yes, he’s the legitimate president,” Scalise conceded of Biden. “But if you’re going to ignore the fact that there were states that did not follow their own state legislatively set laws, that’s the issue at heart, that millions of people still are not happy with and don’t want to see happen again.”

An argument made in some states by attorneys for the president was that pandemic-induced changes in voting procedures were done without the state legislature’s approval.

Scalise said many Americans had concerns about whether those changes would be carried over to the next election.

“I think that’s the biggest frustration many people have, is those states that didn’t follow the law, are they going to keep doing that in the future, or are we going to finally get back to what the Constitution calls out for electing our leaders?” he said.