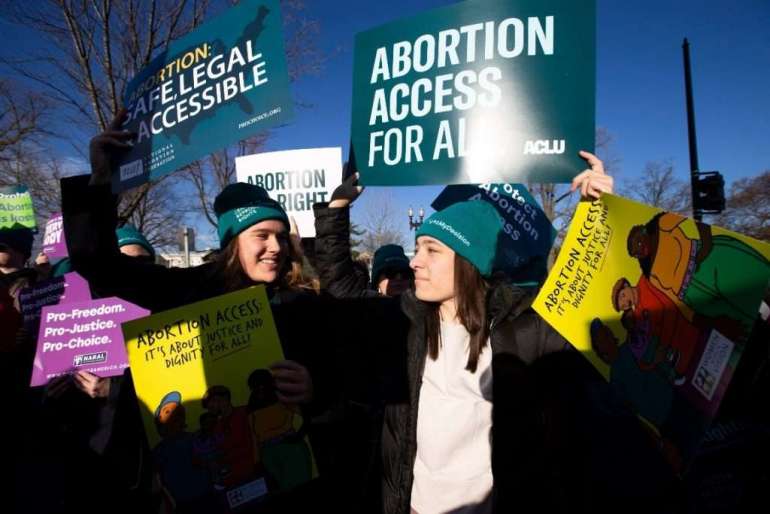 What the court is reviewing: The Trump administration’s curbs on Title X dollars resulted in Planned Parenthood and other clinics in 34 states withdrawing from the $250 million-plus program, which provides birth control and health screenings to low-income women. Though Title X funding can’t be used for abortions because of longstanding federal restrictions, anti-abortion groups argue that federal dollars should be cut off to providers who help terminate a pregnancy.

The policy is in effect in every state but Maryland after lower courts sided with the Trump administration. California Attorney General Xavier Becerra, who is Biden’s pick to lead HHS, led the legal battle against the Title X curbs, along with a group of other blue states and the American Medical Association and reproductive rights groups. If confirmed to the HHS post, he would likely oversee the policy’s reversal.

Under the public charge rule, those using or likely to use Medicaid, food stamps and other safety net programs would face greater scrutiny from immigration officials. The high court a year ago allowed the policy to take effect as the Covid-19 pandemic began, over the objections of immigrant advocates and Democrats who said it would prompt a steep drop in participation in federal safety net programs among immigrants who fear losing their legal status. The policy was later frozen in lower courts while it underwent further legal review.

Why it matters: Even though Biden is expected to reverse the Trump policies, a favorable ruling from the Supreme Court before that happens could make it easier for future Republican administrations to restore them.

Cutting off Title X funding to Planned Parenthood was a major victory for anti-abortion groups allied with the Trump administration, but the women’s health organization receives much funding from Medicaid. Still, reproductive rights groups say the rules have cut an estimated 1.6 million patients off from their free or low-cost care.

Health care groups challenging the Title X cutbacks said they welcomed the Supreme Court’s review of the 9th U.S. Circuit Court of Appeals decision that supported the Trump administration changes to the program. The policy “continues to bring immense harm to people across the country who depend on affordable reproductive health care,” according to a joint statement from the AMA, Planned Parenthood Federation of America and other groups.

What’s next: The court is likely to schedule the cases for this spring, and it will take time for the Biden administration to unwind the policies.

The administration hasn’t given a timeline for reversing either policy, and it’s not as simple as wiping them away with an executive order. Both policies would have to be undone through formal rulemaking that meets legal and regulatory requirements. The administration may approach this process even more cautiously with a federal judiciary that’s been made more conservative with more than 200 Trump appointees.