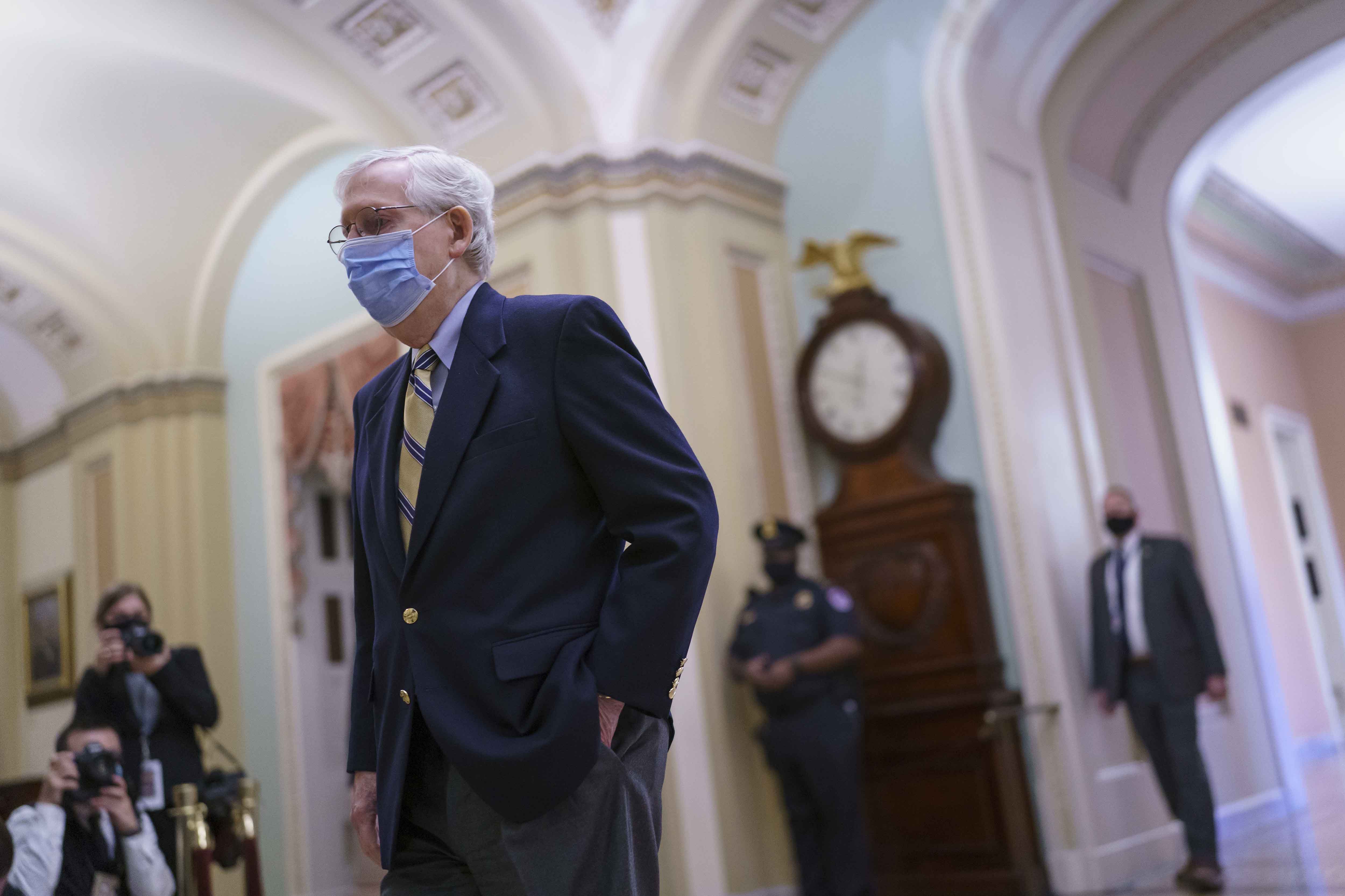 McConnell indicated that he would also be open to a commission narrowly focused on security on the Hill.

“We could do something narrow that looks at the Capitol, or we could potentially do something broader to analyze the full scope of the political violence problem in this country,” McConnell added. “We cannot land at some artificial, politicized halfway point.”

McConnell’s comments underscore the steep challenge Democrats face if they hope to recreate the spirit of the 9/11 Commission, a bipartisan review of the 2001 terrorist attacks that’s considered a model for intensive after-action reviews of nationally significant moments. Lawmakers have proposed similar “9/11 commissions” for the onset of Covid in America.

House Majority Leader Steny Hoyer (D-Md.) pushed back on McConnell’s statements, arguing that Pelosi does not want the commission to be focused on defending former President Donald Trump “or others who may have been involved or who may have been perpetrators themselves.”

“We’ve had a deterioration in the ability of members to work together without partisan considerations,” Hoyer added. “I think she wants to make sure that does not undermine the ability to get to the bottom of what happened and getting recommendations as to what steps need to be taken.”

A senior House Democratic aide emphasized that the speaker‘s initial proposal was a “discussion draft“ and that Republicans were offered a chance to propose edits. The true holdup, the aide said, is a push from Republicans like McConnell to broaden the commission‘s purview to include other “mob-like attacks“ across the country, an angle that Democrats consider irrelevant to reviewing the origins of the Jan. 6 insurrection, a singular event.

“Minority Leader McConnell made clear that Republicans do not want a commission and that if one is created, they aim to try to make it about antifa,“ the aide said.

McConnell’s remarks come as two Senate committees are pressing on with a joint bipartisan investigation into the security failures that allowed a pro-Trump mob to breach the Capitol while lawmakers were certifying Joe Biden’s Electoral College victory.

Former Capitol Police Chief Steven Sund and acting D.C. Police Chief Robert Contee told senators that the Pentagon slow-walked their urgent pleas for assistance from the National Guard. They also indicated they were not informed about intelligence reports suggesting that extremist groups were gearing up for violence.

The next hearing, scheduled for next Wednesday, will feature testimony from Robert Salesses, assistant secretary of defense for homeland defense and global security; Jill Sanborn, assistant director of the FBI’s counterterrorism division; and Melissa Smislova, who leads the Department of Homeland Security’s Office of Intelligence and Analysis.

Also on Tuesday, the acting chief of the U.S. Capitol Police and the acting Senate sergeant-at-arms briefed all senators on security measures around the Capitol, which have included thousands of National Guard troops and razor-wire fencing around the entire complex.

Senators said the briefing, which was not classified, did not convince them that the fencing and other enhanced security procedures need to remain in place. The briefing did not shed new light or include information that is not already public, they added.

“I am very interested in a plan to move as quickly as possible to having the Capitol be a place that is welcome“ to the public, Sen. Tim Kaine (D-Va.) said after the briefing. “I just think it just sends a bad message about our country that our Capitol is surrounded by razor wire.”

Senators also said the officials did not provide a timeline for when the fencing would come down or the National Guard troops would return to their home bases.

“I don’t think the poor handling of Jan. 6 should lead us to punish the public,” Kaine added.

POLITICO previously reported that the barriers would stay in place until at least March 4, a date targeted by conspiracy theorists as the original Inauguration Day as outlined in the Constitution.

According to a Senate official familiar with the briefing, Senate Majority Leader Chuck Schumer (D-N.Y.) asked that every member of the Capitol Police who worked on Jan. 6 submit a written “after-action review” to the committees investigating the events of that day.

Schumer asked that the reviews touch on intelligence information relayed to the police force ahead of Jan. 6, among other basic questions.