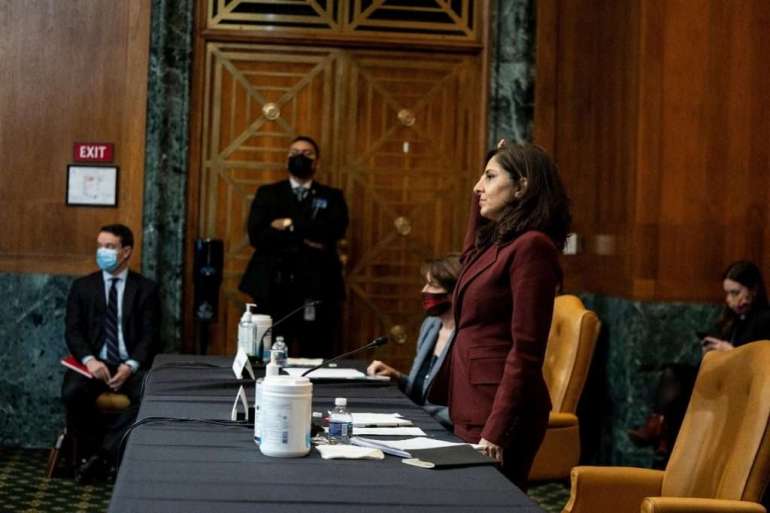 Meanwhile, the Senate’s top Republican appropriator said he would support Shalanda Young, the former clerk and staff director for the House Appropriations Committee, to lead OMB if Tanden’s nomination implodes.

“I believe she would be good in that role,” Sen. Richard Shelby said in a statement. “She’s smart, she knows the process inside-out, and she’s an honest broker who has demonstrated the ability to work with both sides and get things done.”

“She would have my support, and I suspect many of my Republican colleagues would support her, as well,” the Alabama Republican said. “But that’s up to the Biden administration.“

Young, who has extensive knowledge of federal spending after 14 years on the committee and boasts a long record of working alongside Republicans in high-stakes spending negotiations, also has backing from top Democrats.

The Congressional Black Caucus is also preparing to send a letter to the White House pushing for her nomination to the helm of OMB, should Tanden’s nomination get pulled, according to a former senior aide.

“As soon as I saw Neera getting pushback, it was like, Shalanda is going to roll into this,” one House Democratic lawmaker told POLITICO. “She’s a rockstar. She’s just so competent and so savvy and just knows the process so well that she’s just a natural fit.”

Signs of trouble for Tanden began late last week, when Sen. Joe Manchin (D-W.Va.) said that he would oppose her nomination, citing her previous tweets criticizing senators in both parties. Manchin’s opposition means that Tanden would need at least one Republican to support her in order for her to be confirmed.

But as public opposition grew this week from moderates like Sens. Susan Collins (R-Maine) and Mitt Romney (R-Utah), Tanden’s nomination neared an implosion. Sen. Lisa Murkowski (R-Alaska), another moderate, has not yet said whether she’ll support the nominee. Sen. Kyrsten Sinema (D-Ariz.), who sits on the Homeland Security committee, has also not indicated how she’ll vote on Tanden.

The White House so far is showing little sign of accepting defeat. Even after the postponement of Tanden’s first committee vote, White House press secretary Jen Psaki tweeted that “Tanden is a leading policy expert who brings critical qualifications to the table during this time of unprecedented crisis.”

Prior to her Senate confirmation, Tanden tweeted that Collins was “the worst,” compared Senate Minority Leader Mitch McConnell to Voldemort, the Harry Potter villain, and insulted Sen. Bernie Sanders (I-Vt.), who chairs the Budget committee.

Sanders was not consulted before President Joe Biden’s nomination of Tanden, according to a source close to the process.

During her confirmation hearing, Tanden said she felt “badly” about the tweets and vowed that her “approach will be radically different.”

Burgess Everett and Heather Caygle contributed to this report.