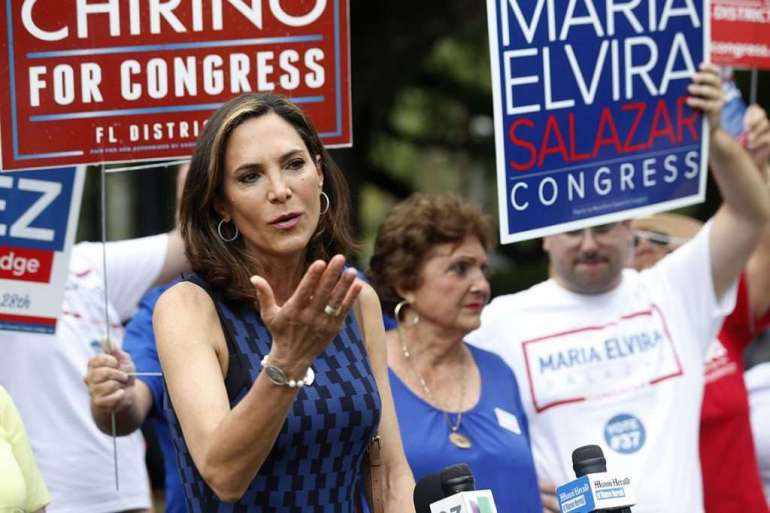 A few members chose not to attend the RSC event specifically because Miller was the guest, one source told POLITICO.

The gathering — which also included Mark Morgan, a top Trump immigration official — comes as Democrats are expected to soon take up legislation to overhaul the U.S. immigration system. Miller, one of the most polarizing figures during the Trump presidency, has called Biden’s immigration plan “the most radical immigration bill ever written, drafted, or submitted in the history of this country.”

The GOP made surprising gains among Latino voters in 2020, including in Florida and along the Texas-Mexico border, and Republicans are eager to build upon those successes in the next election, which will be crucial to protecting swing seats — including Salazar’s Miami-area district.

Salazar is a Cuban American, and immigration is among her top policy areas of interest. During her campaign for Florida’s 27th District, she highlighted U.S. policy toward Cuba and Latin America more broadly. And Salazar belongs to one of the House GOP’s most diverse freshman classes in history, though the party is still overwhelmingly white and male.

After Salazar confronted Miller on Wednesday, he responded calmly, according to sources inside the room. Salazar and Miller stayed afterward to talk for roughly 30 minutes, one source added.

The hot-button topic of immigration has long created divisions in both parties, and progress on a comprehensive reform bill has long eluded Washington. The Salazar-Miller encounter comes as the GOP is hoping to rally its members around its opposition to the Biden agenda, including his immigration reform plan.

Biden’s bill would provide an eight-year pathway to citizenship for 11 million undocumented immigrants, create an expedited path to citizenship for so-called Dreamers, and increase the number of available diversity visas, among other changes.

CORRECTION: An earlier version of this story reported that two former Trump administration immigration officials attended Wednesday’s meeting; both were listed on the invitation but only one physically attended.