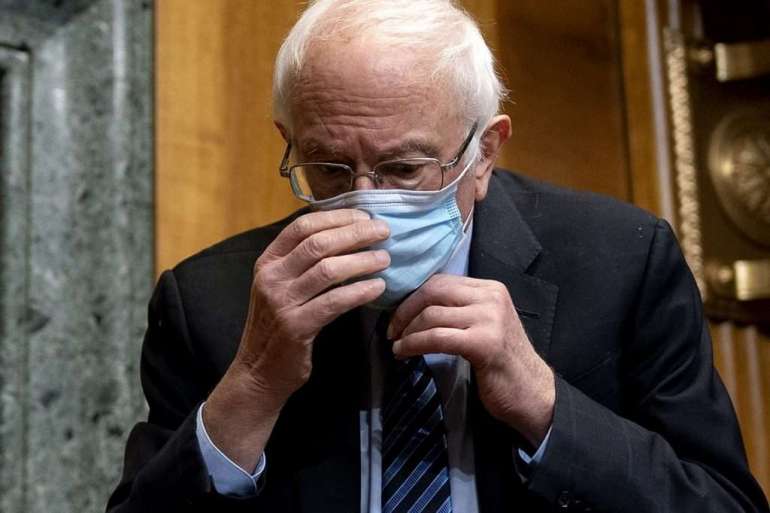 But Democrats in both chambers acknowledge that the policy will be stripped out in the final version of the bill — a setback for the left wing of the party, which has pushed for the policy for a decade.

“We are deeply disappointed in this decision,” Senate Majority Leader Chuck Schumer said. “We are not going to give up the fight to raise the minimum wage to $15 to help millions of struggling American workers and their families. The American people deserve it, and we are committed to making it a reality.”

Biden, who had proposed the wage hike as a key plank of his $1.9 trillion package, said through a spokeswoman that he was also “disappointed in this outcome,” but added that he “respects the parliamentarian’s decision and the Senate’s process.”

“He will work with leaders in Congress to determine the best path forward because no one in this country should work full time and live in poverty,” White House press secretary Jen Psaki said in a statement.

Democrats for weeks have argued that the minimum wage hike could be included in the package through reconciliation, citing analysis from the Congressional Budget Office that found the boost would increase the deficit by reducing reliance on social services. But Republicans counter that the same CBO report suggests the increase would result in the loss of 1.4 million jobs and say it’s an extraneous provision.

“This decision reinforces reconciliation cannot be used as a vehicle to pass major legislative change — by either party — on a simple majority vote. This decision will, over time, reinforce the traditions of the Senate,” said the Senate Budget Committee’s top Republican, Lindsey Graham of South Carolina.

The parliamentarian’s ruling means that any senator could raise a point order against the minimum wage increase, which would force the provision to be axed from the bill.

Senate Budget Chair Bernie Sanders (I-Vt.) said he would seek to strip tax benefits from large profitable companies that don’t pay their workers $15 an hour during floor debate on the Covid relief bill.

House Democrats will keep the minimum wage hike in their version of the bill as it goes up for a vote Friday night. The move, which had been telegraphed by Democratic leaders this week, will save hours, if not days, of headaches of rewriting key sections of the bill — while also maintaining caucus unity over the enormous bill.

“House Democrats believe that the minimum wage hike is necessary,” Pelosi said in a statement on Thursday night. “Therefore, this provision will remain in the American Rescue Plan on the Floor tomorrow.”

But the Senate decision means the party needs to find an alternative route to increasing the minimum wage, a key campaign promise. And the Senate lacks the votes to change the filibuster or overrule the parliamentarian’s decision.

“We will continue to explore all legislative options for raising workers’ wages as we push forward on the relief package, which must be signed into law ahead of the March 14 cliff for jobless benefits,” said Senate Finance Chair Ron Wyden (D-Ore.).