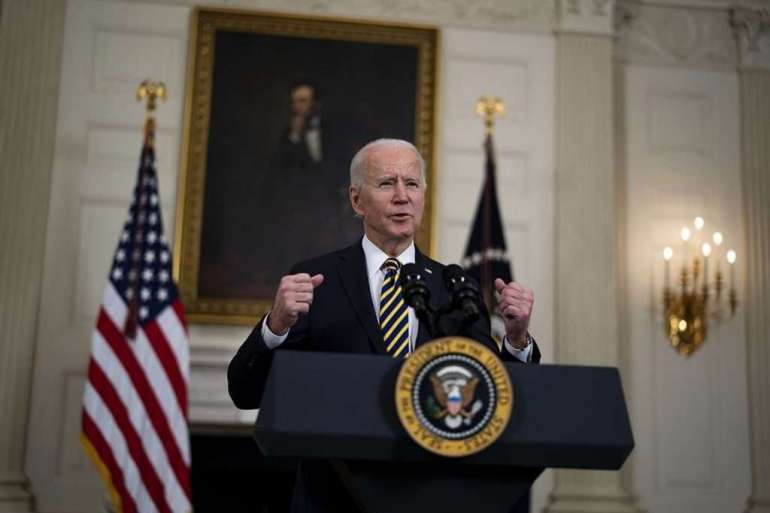 The president chose the “middle” option from a broad range of military options, according to a senior defense official. During the operation, U.S. fighter jets dropped seven 500lb precision bombs on seven targets, the person said. All bombs hit their targets, a crossing used by the militia groups to move weapons and other goods across the border. Officials expect minimal casualties.

The targets were chosen based on their affiliation with the militia groups officials believed executed the attacks in Iraq, the official said.

The airstrikes were designed to damage the militia group’s ability to conduct future attacks, a second defense official told POLITICO. The U.S. military alone carried out the operation, without the aid of allies.

However, Kirby said the U.S. conducted the strike “together with diplomatic measures, including consultation with Coalition partners.”

“The operation sends an unambiguous message: President Biden will act to protect American and Coalition personnel,” Kirby said. “At the same time, we have acted in a deliberate manner that aims to de-escalate the overall situation in both eastern Syria and Iraq.”

The retaliatory strike comes more than a week after a dozen rockets believed to be linked to an Iran-backed militia group targeted coalition forces outside Irbil International Airport, killing one non-U.S. contractor and wounding nine more people, including five Americans.

Then on Saturday, at least four rockets struck Balad Air Base, which houses American contractors who provide support to Iraq’s fleet of U.S.-made F-16 fighter jets, wounding one person.

And on Monday, two rockets fell near the U.S. Embassy in Baghdad, inside the Green Zone. No injuries or casualties were reported.

Biden initially faced criticism for not immediately pinning blame for the attacks on Iran, which has frequently carried out similar strikes against U.S. and coalition troops in Iraq. Some have been fatal.

The decision to strike in Syria instead of Iraq was likely made to avoid causing issues for the Iraqi government, which remains a partner in the counterterrorism fight against ISIS, said Mick Mulroy, former Pentagon official who oversaw Middle East issues. Mulroy advised the Biden team during the transition at the Pentagon.

The strikes were likely “calculated and scaled” to avoid any escalation, while sending a message that “Iran’s use of militias as proxies will not allow them to avoid responsibility,” Mulroy added.

Thursday’s strike came as the Biden administration strives to renew negotiations with Iran after former President Trump withdrew from the 2015 nuclear deal, sparking escalating tensions between Washington and Tehran.

The U.S. maintains 900 troops in Syria and has no immediate plans to reduce the number, according to two other defense officials. The troops are there to support local forces fighting ISIS remnants, but also to serve as a buffer against Iranian influence.