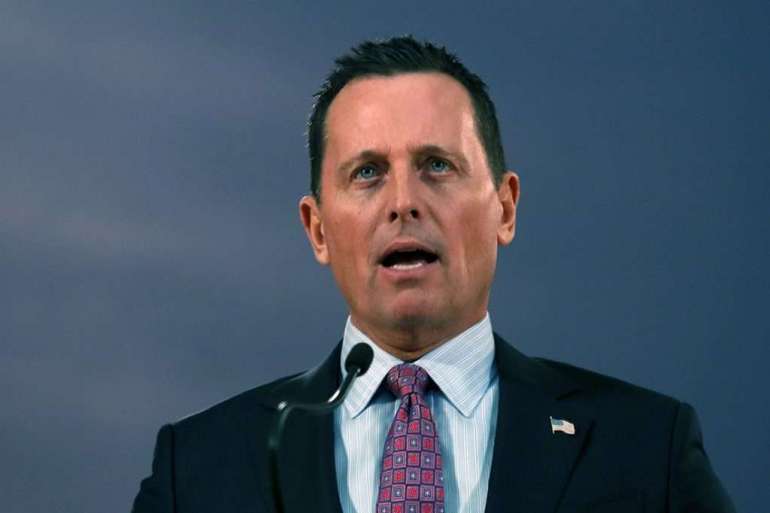 Neither Grenell nor a Trump spokesman responded to requests for comment.

Trump has yet to publicly weigh in on the recall effort, though many of his staunchest backers have made clear they support Newsom’s removal. Former Trump aide Mercedes Schlapp, the wife of CPAC head Matt Schlapp, remarked onstage Saturday morning that Grenell would “make a great governor of California.”

The 54-year-old Grenell, a Palm Springs, Calif., resident, is close to the former president and is frequently in touch with him. In addition to spending several months as Trump’s acting director of national intelligence, Grenell was also ambassador to Germany in the Trump administration. Grenell campaigned aggressively for Trump’s reelection in 2020 and pushed Trump’s unsubstantiated claims of fraud after the vote.

Should he run, Grenell would likely be supported by a substantial fundraising operation. He was a major draw at Trump fundraisers during the 2020 campaign, and many of the former president’s biggest contributors have called on him to enter the contest. But while Grenell’s relationship with Trump is likely to help him with Republican voters, it could be a complicating factor. The former president got just 34 percent of the vote in California in 2020, and Democrats have signaled they’re eager focus a recall campaign on Trump instead of questions about how Newsom has handled the coronavirus pandemic.

Grenell is expected to meet Southern California-based high-dollar donors next week, and he has begun to assemble what one person close to him described as an experienced fundraising team.

Recall organizers, who’ve tapped into growing disapproval of Newsom’s handling of the coronavirus pandemic, say they have collected 1.8 million signatures of Californians who are in support of the recall. They must submit 1.5 million valid signatures to the California secretary of state’s office by March 17 in order to qualify the recall for the ballot. They say they are trying to gather roughly 2 million or more because elections officials are almost certain to deem some signatures invalid.

Should the recall make the ballot, California voters would be asked to vote on two questions — whether to recall Newsom, and which candidate should replace him. The last California gubernatorial recall election was in 2003, when Democrat Gray Davis was booted and replaced by actor and professional bodybuilder Arnold Schwarzenegger, a Republican.