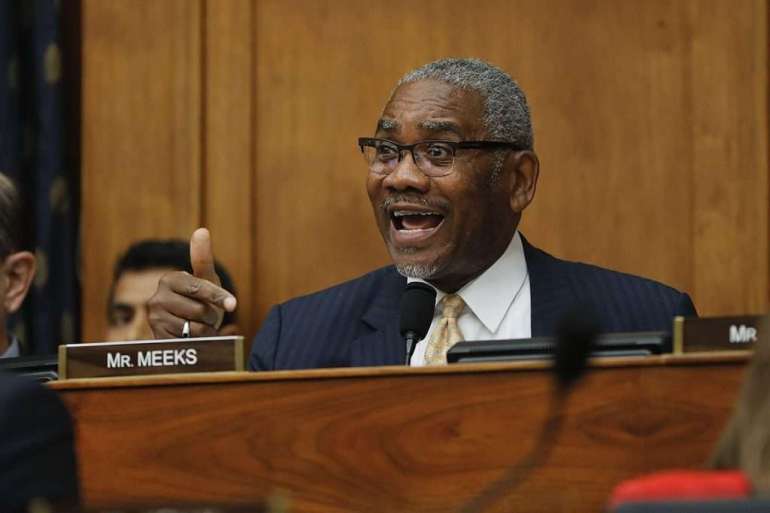 “We have heard reported over and over again that there is not a Queens candidate running for mayor. That is not true. I am the Queens candidate,” Adams, who grew up in Queens, told its Democratic county organization at a virtual forum earlier this month. “This is a borough that is dear to my heart.”

Two weeks later, Rep. Greg Meeks, who runs the Queens Democratic party, announced the organization’s district leaders had not reached consensus around a single candidate and would skip endorsing in the race to replace outgoing Mayor Bill de Blasio. His counterparts in Brooklyn and the Bronx are charting a similar path — all three so far declining to get behind any of the contenders four months before the June 22 primary.

The abdication by the county parties — which at one time had viable organizations in three of the city’s five boroughs — marks another demonstration of the local Democratic organizations’ recession from their once-powerful role at the center of New York City politics.

No longer are party leaders able to corral — or dictate, depending on one’s perspective — votes for citywide candidates, leaving them without position in one of the most consequential local elections in modern memory.

“The counties are in a very difficult, if not impossible, position,” said city-based lobbyist George Fontas, who hails from South Brooklyn. With four months to go, the field is too crowded and too uncertain — the unavoidable consequence of a new campaign finance system and ranked-choice voting — to confidently pick a winner, he reasoned.

With a crucial deadline coming up to get on the ballot, the parties are likely to sit out one of their most important roles in the city’s electoral process.

“Time is running out and is of the essence,” said Jason Laidley, chief of staff to Bronx Democratic leader and state Sen. Jamaal Bailey, referring to the March 2 start of collecting signatures to secure a spot on the ballot. The local party has still not gotten behind a candidate.

In Brooklyn, Democrats are mired in a civil war between old-guard allies and left-leaning reformers. The breach has stalled an endorsement of Adams, even as the county party’s lawyer openly supports the borough president’s campaign.

A spokesman for the party, George Arzt, said it is “simply too early for county party leaders to endorse mayoral candidates” and added they are “grappling with the ravages of the pandemic” and too focused on constituent services to endorse until later in the cycle.

Discord in the Brooklyn Democratic party has become so severe it led to a 13-hour virtual showdown in December, captured in video snippets of party elders silencing reformers by automatically muting their mics. The standoff over the party’s byzantine bylaws is now in the hands of the courts.

Meeks, who is reportedly fond of Wall Street executive Ray McGuire in the mayor’s race, is wrestling with several divisions in Queens, including a bloc of support for Adams countered by a growing presence of far-left activists more inclined to back a politically concordant candidate, according to several people familiar with the matter.

“I don’t understand why the parties would not embrace these movements of new blood,” Derek Evers, a district leader in Queens’ Ridgewood and Long Island City neighborhoods, said in an interview.

In the Bronx, Bailey is finding his footing following a leadership shakeup last year. Shortly after Borough President Rubén Díaz Jr. dropped out of the mayoral race, party chair Marcos Crespo stepped down and opted not to run for reelection to the state Assembly. Bailey has been calling district leaders and politicians to assess their preferences in the upcoming primary but has found little consensus, Laidley said.

Looming over party leaders is the longstanding cold war between Adams, a mainstay in city Democratic politics whom they might otherwise be inclined to support, and Rep. Hakeem Jeffries — a rising star in Washington, whom they are uninclined to cross.

Given the messy landscape, the leaders have decided to focus on other elections this year: Surrogate court contests, City Council faceoffs and the race for comptroller.

“An endorsement of one [mayoral] candidate at this juncture, when they’re all viable candidates, could cause a major fracture in the county parties and they don’t want to do that. So smarter to let things play out,” Fontas said.

In 2013, each party endorsed four months before the primary, allowing them time to assist candidates in gathering signatures and potentially challenging their opponents’ petitions.

There are more than two dozen people running for mayor, and at least eight would appear to have a viable path, given the unpredictable role ranked-choice voting will play in the election. Among those, several candidates have put elbow grease into winning over county leaders, despite their losing track record in the last open mayoral election in 2013.

Frontrunner Andrew Yang held a private, 30-minute Zoom call with Meeks to make a final pitch the weekend before the congressman declined to endorse in the race, according to a campaign aide. Yang, who has skipped many of the nightly forums, made sure to appear at one hosted by the Brooklyn Democratic party earlier this month.

He has made his deepest inroads in the Bronx, where he lunched with the borough president at a famed Italian restaurant this week, toured the Council district of a party loyalist and hired Stanley Schlein, the county organization’s lawyer.

The Brooklyn party has all but endorsed Adams. County leader Rodneyse Bichotte Hermelyn’s close ally on the City Council, Farah Louis, recently backed the borough president, and county attorney Frank Carone has donated to his campaign. So have Carone’s relatives, as well as 35 other people who live in his neighborhood and contributed a total of $28,930 to Adams’ campaign, according to a POLITICO analysis of donations.

Adams’ pitch that he is the “Queens candidate” may not have earned him Meeks’ backing, but he did clinch a lineup of endorsements from City Council Member and party loyalist Francisco Moya and six district leaders last week.

Standing in his way is McGuire, who donated the maximum contribution to Meeks’ 2020 reelection effort. McGuire set his sights on the prized voting bloc in Southeast Queens early, hiring a political consultant with long ties to the area and dining at Sangria’s in Jamaica with state Sen. Leroy Comrie. During a recent Zoom forum, Comrie rushed to McGuire’s defense when one of Adams’ surrogates lobbed criticisms at him.

Even Maya Wiley — who is pitching herself to liberal, reform-minded voters — signaled her desire for county party support Before she entered the race, the attorney and former de Blasio adviser trekked to the Bronx for Caribbean cuisine with Assembly Speaker Carl Heastie, the former county leader who still holds considerable sway. Wiley also personally called Bichotte Hermelyn to pitch her candidacy, according to a campaign aide.

One leading contender who has no evident path to county support is City Comptroller Scott Stringer, whose native Manhattan lacks a strong Democratic organization.

Despite being a career politician, Stringer alienated county leaders by backing Tiffany Cabán’s unsuccessful bid in the 2019 Queens district attorney race against party favorite Melinda Katz. He also supported the winning bids of upstart challengers to incumbent state lawmakers across the city and furthered his rift with Heastie by siding against him on a legislative pay raise committee.

The atrophying of the county organizations’ electoral muscle began long before 2018, when Ocasio-Cortez routed a Queens party boss in an upset.

In 2009, the labor-backed Working Families Party reached into districts that county leaders thought were securely in their grasp and tossed out their favored candidates. City Council members Danny Dromm and Jimmy Van Bramer defeated the party’s choices in Queens, and Jumaane Williams, now the city’s public advocate, ousted a party-backed incumbent in Central Brooklyn.

It was a marked disappointment for the once-powerful leaders in Brooklyn, Queens and the Bronx, whose control had previously eclipsed breakaway factions.

The county leaders suffered another series of setbacks in 2013 — first in backing mayoral candidates who lost to de Blasio in the September primary and then failing to secure their pick for speaker of the City Council, Dan Garodnick.