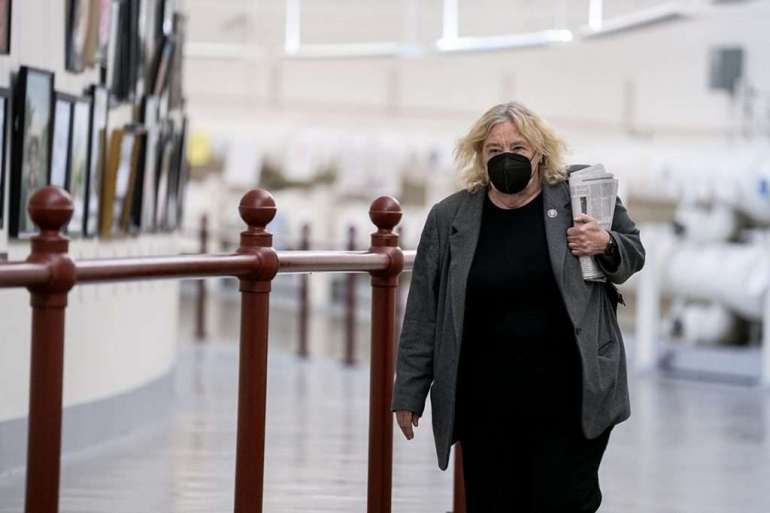 “Sometimes a win is not what you initially shot for,” said Luria, who will support the final bill after securing an amendment to clearly state that any public financing for campaigns would not come from taxpayer dollars. “Sometimes a compromise is a win.”

With most moderates now in support, the measure will come up for a vote on Wednesday, according to Democratic aides. The episode is just the latest illustration of how Speaker Nancy Pelosi and her leadership team must carefully navigate their slim majority, even on bills that are widely popular within the caucus.

While the Democratic Caucus has been in lockstep on virtually all floor votes since President Joe Biden took office, it takes only about five Democrats to threaten to vote against the measure to force leadership to the table.

The group of centrists, led by Luria, Rep. Stephanie Murphy (D-Fla.) and others, had said over the weekend that they would vote against the rule for the bill — effectively preventing Democrats from advancing to the bill on the floor.

The moderates had initially pushed to eliminate that portion of the bill altogether, citing the unpopular response in their districts to the same bill passed last Congress.

But by Monday night, Pelosi’s leadership team had agreed to a pair of minor changes that swing-district Democrats believe will help neuter the kinds of Republican attack ads that crushed them ahead of November.

“There were a number of members who were concerned about bringing the bill forward in the exact same form without making the necessary adjustments,” Murphy said in an interview on Monday. “We demonstrate that when we stick together we can represent our constituents.”

The first change, a one-line amendment from Luria, would clarify that taxpayer dollars would not go toward any public campaign financing program, reinforcing what is already in the bill. (The funds would come from corporate penalties or financial settlements.)

The second, from Murphy, would allow lawmakers to formally opt out of any public financing system — another way that swing-district Democrats hope will shield them from the GOP talking points.

The government reform bill, which carries the high-ranking priority of H.R. 1, is a top legislative goal for progressive Democrats, who say issues like public financing of elections would reduce the influence of big money in politics. The measure also includes new ethics rules and election security provisions, though it is a mostly symbolic win. Even in a Democratic-controlled Washington, the package is still unlikely to receive the necessary 10 Republican votes in the Senate to advance.

The public financing change is an important symbolic victory for moderates after another group tried and failed last week to push for changes to another bill coming up for a vote this week — the George Floyd Justice in Policing Act.

The group wanted to water down a provision in the bill that would end qualified immunity, a legal doctrine that allows police officers to be held accountable for alleged misconduct. But Rep. Karen Bass (D-Calif.), the bill’s lead author, and others balked at the proposed change, noting that those same moderates unanimously supported the same bill last summer.

The public financing piece wasn’t the only piece of H.R. 1 being privately debated as the bill nears the finish line this week.

Democratic leaders also had to smooth out an issue riling up senior members of the Congressional Black Caucus related to redistricting. Several members of the CBC, particularly from the South, raised objections to a provision that would require states to cede control of their redistricting decisions to independent commissions.

Senior Democratic aides say that issue has now been resolved. The new language provides more flexibility to states in the current round of redistricting, while still requiring that states meet certain standards to prevent extreme partisan gerrymandering, according to an aide familiar with the change. The bill will also now require the Department of Justice to review redistricting maps starting in 2030.

The issues are surfacing on bills that Democrats overwhelmingly approved last Congress, but are taking up again now that their party controls all of Washington.

And moderates — many of whom saw fellow swing-district Democrats wiped out last fall — say they’re taking a more cautious approach to bills with a smaller majority.

Ally Mutnick contributed to this report.