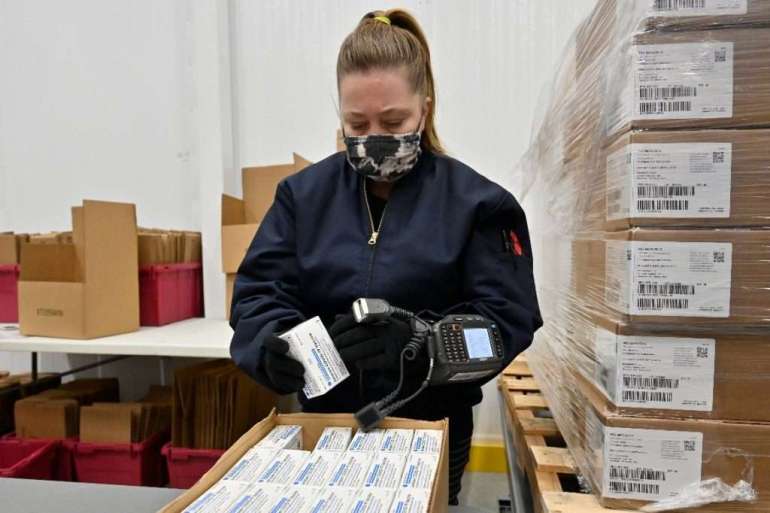 The White House and HHS did not immediately respond to a request for comment. The Washington Post first reported Biden’s planned announcement.

Merck will contribute two facilities to aiding J&J’s production: One will “fill-finish” vaccines, or fill vials and package the shots for distribution, while another will help with producing the vaccine itself.

“Merck remains steadfast in our commitment to contribute to the global response to the pandemic and to preparing to address future pandemics,” a spokesperson told POLITICO. The company did not answer questions about how long it would take to begin production and how many shots it expects to contribute.

J&J did not immediately respond to request for comment.

But the assistance of Merck, one of the biggest U.S. drug manufacturers — which scrapped its own plans for a coronavirus vaccine in January — could produce millions more shots at a critical time for mass vaccination efforts.

Biden has pledged that every American will be able to get a vaccine by July. Public health officials and state leaders say that J&J’s vaccine could play a critical role in vaccinating millions of skeptical or hard-to-reach people.

“It could absolutely allow for expanded availability of vaccine in some temporary clinics, some pop-up mobile sites, and those locations that do not have cold storage capacity,” Marcella Nunez-Smith, who heads the White House’s Covid Health Equity Task Force, said during a Monday briefing dedicated largely to promoting the J&J vaccine. “For this vaccination campaign to be successful, the vaccines will have to reach everyone.”

But White House officials and CDC experts also emphasized Monday that the shot would not be specifically directed to mobile clinics, community health centers and other channels aimed at specific populations, for fear that people would misinterpret the shot as different and even inferior to its peers produced by Pfizer and Moderna.