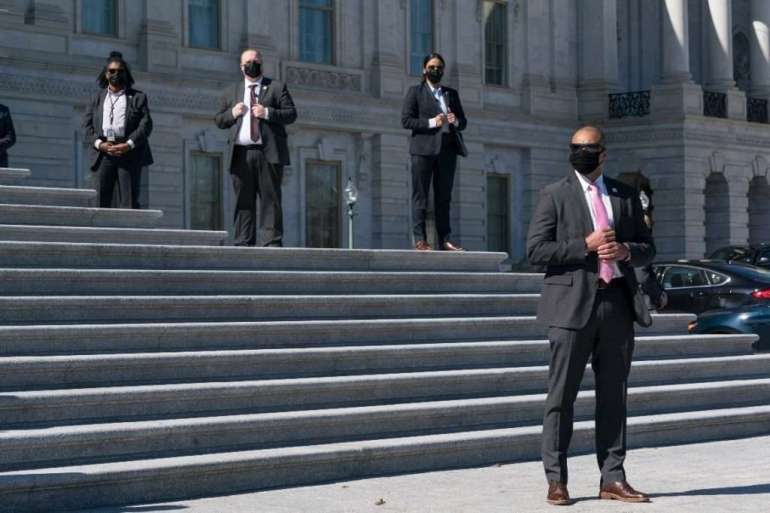 The bulletin explained that some domestic violent extremists “motivated by the QAnon conspiracy theory” could be mobilized to action because they believe that Trump will be inaugurated on March 4 or will return to power on May 20 with the help of the U.S. military.

“Continued [domestic violent extremist] perceptions of election fraud and other conspiracy theories associated with the presidential transition may contribute to DVEs mobilizing to violence with little or no warning,” the document warned. Many Trump supporters who attacked the Capitol on Jan. 6 were directly motivated by Trump’s repeated claims of a stolen election, and the bulletin said extremists might feel “emboldened” by the successful breach of the building that day.

Trump reiterated his false contention that the election was stolen during a speech to the Conservative Political Action Conference on Sunday, and intelligence officials told a Senate hearing on Wednesday that the perpetuation of the false narrative about the election had contributed to their concerns about future violence. Rep. Michael McCaul (R-Texas) urged Trump to directly call off the extremists who support him.

“President Trump has a responsibility to tell them to stand down,” McCaul said on CNN.

Acting Capitol Police Chief Yogananda Pittman last week also told lawmakers of a related threat to the Capitol during the State of the Union address, which has yet to be scheduled. Though she didn’t describe the basis for the threat, she said it entailed “militia groups that were present on Jan. 6” who “have stated their desire that they want to blow up the Capitol and kill as many members as possible.”

The move could make for a late night in the House — the chamber was already expected to vote on Democrats’ sweeping voting rights and anti-corruption bill. Now the chamber will also consider Democrats’ police reform legislation, originally slated for a vote on Thursday. Because of the ongoing coronavirus pandemic, each vote typically lasts 45 minutes to one hour.

Brian Harrell, the former assistant secretary for infrastructure at DHS, said he didn’t anticipate any successful attacks on the Capitol given that it is “currently fortified like a military installation.” But he said “all threats should be taken seriously and investigations launched against those who would call for violence. We continue to see far-right extremist groups that are fueled by misinformation and conspiracy theories quickly become the most dangerous threat to society.”